Seasonally adjusted unemployment has remained unchanged in the 19-member euro area, fresh figures from the statistics office have shown. Joblessness is currently at its lowest level since December 2008. 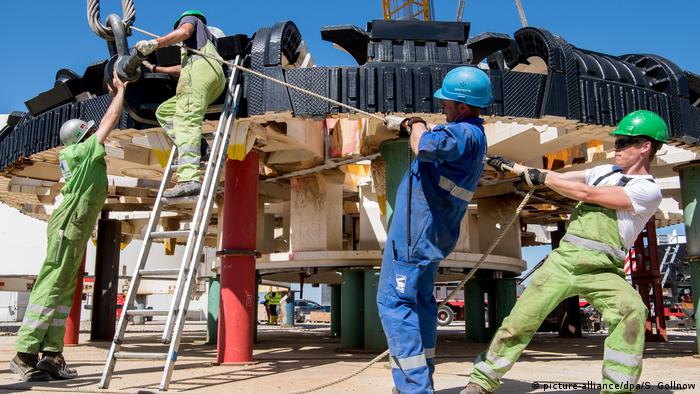 The eurozone's jobless rate remained at 8.5 percent in March, compared with the previous month, the EU's statistics office, Eurostat, reported Wednesday. It added that the rate was down from 9.4 percent in the same month a year earlier.

Eurostat said some 13.8 million people were without a job in March. In the larger 28-member European Union, the unemployment rate stood at 7.1 percent, also remaining unchanged from February.

The Czech Republic was once again the country with the lowest joblessness in the EU (2.2 percent), followed by Malta and Germany (3.4 percent), while unemployment was highest in Greece (20.6 percent) and Spain (16.1 percent).

Eurostat figures also showed that economic expansion across the eurozone slowed in the first quarter of the year.

In a preliminary estimate, the single currency bloc grew by only 0.4 percent quarter on quarter in the January-to-March period, marking the lowest rate since the third quarter of 2016.