Berlin celebrates the power of techno as the Tresor turns 25

Serious partying established Berlin's clubbing reputation in the 90s: Techno was the sound of reuniting East and West Germany. Now the cult club Tresor turns 25 - and electronic music is more popular than ever. 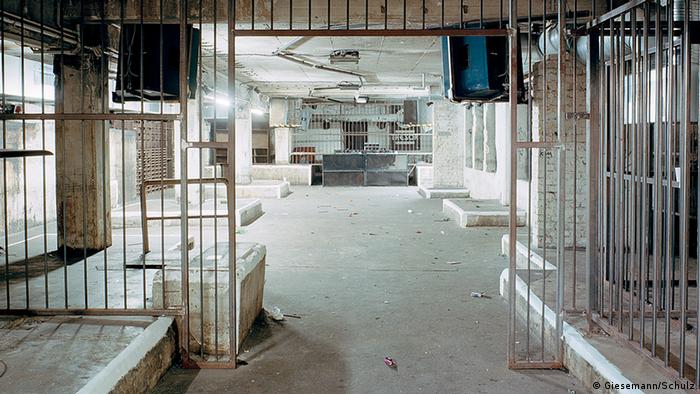 Dilapidated stairs led down to a dark, claustrophobic room with damp air, low ceilings, thick concrete walls and iron doors. The space in the vault was separated by prison bars. One could recognize old safe boxes along the walls.

At the beginning of the 1990s, this grim location on Berlin's Leipzigerstrasse became one of the centers of the techno scene. It would turn into one of the most famous clubs in the world: the Tresor.

The minimalist, cold aesthetics of the club fit perfectly well with the futuristic thumping beats from Detroit - renowned as the birthplace of techno - and the strobe lights flashing through the dense fog and the masses of dancers.

The cellar originally served as the bank vault of a former department store. "Tresor" means safe or vault in German, which explains the name and the remaining safes in the club.

The Nazis had confiscated the building from its Jewish owners. Most of the building was destroyed during World War II - although the vault survived. It was abandoned after the war, located in the no-man's land between East and West Berlin.

The club's founder, Dimitri Hegemann, happened to discover the space in 1991 and knew right away that he had found a special place. That's why he decided to basically leave it in the state he had found it in. 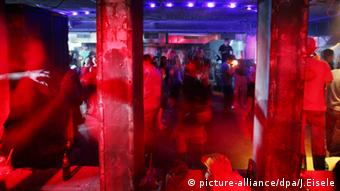 Registered as "Galerie mit Stehausschank" (Gallery with standing bar), a code name often used at the time, the Tresor was regularly threatened with closure, its lease extended at the last minute for two or three months at a time. The club on Leipzigerstrasse nevertheless survived until 2005.

When the site was sold, Hegemann had to find a new location. His initial idea was to dig out the vault and plant it back somewhere else, but that didn't work out. Instead, an old thermal power station on Köpenicker Strasse became the new home of the Tresor in 2007.

Now the club is celebrating its 25th anniversary with a festival from July 21 - 24.

International musicians and DJs are guests at the party. For example, DJ Juan Atkins from Detroit, a pioneer of the genre, will be spinning with the famous German electro artist Moritz von Oswald.

Many other techno clubs in Berlin, such as the E-Werk or the Bunker, didn't survive gentrification. Though it was not always an easy task, the fact that the Tresor held the fort for 25 years demonstrates how important this club and techno are in Berlin. 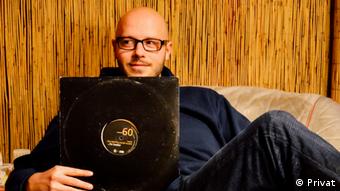 It wasn't a coincidence that techno found fertile ground in Berlin at the beginning of the 90s. Many houses were left empty after the Wall came down and a strong subculture was already established in East and West Berlin before the reunification of the city. These factors strongly contributed to the success of techno, according to techno expert, sociologist and DJ Jan-Michael Kühn.

The repetitive rhythms, with basses that could felt throughout the whole body, contributed to a feeling of unity: "Loud music and dancing were at the center of it all. It created equality on the dance floor. Everyone was there to dance and have fun," Kühn told DW.

Techno in Germany was strongly influenced by US cities such as Chicago and Detroit, with DJs such as Juan Atkins and Jeff Mills. Different styles developed along the way (House, Goa, Gabba, etc.), coming from specific scenes around the world, each with their own characteristics. The newly reunified German capital contributed to the success of many of these styles, "as the principles of club culture grew out of Berlin, because nightclubs were rented here to play specific music styles," says Kühn.

Many precursors of techno, which Kühn defines as a "form of electronic dance music," can be found in Germany. The German avant-garde composer Karlheinz Stockhausen experimented with electronic sounds and techniques in the 1950s, as John Cage had previously done in the US. 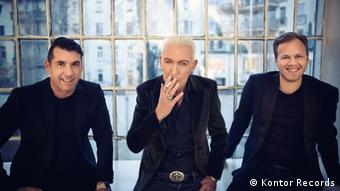 One of the most popular techno bands in Germany: Scooter

German bands such as Tangerine Dream and Kraftwerk also laid the foundations of danceable electronic music in the 70s, strongly influencing the electro-pop genre and countless bands in the 80s such as Depeche Mode, David Bowie and New Order.

Techno between underground and mainstream

It's difficult to define where techno starts and where it ends, and how to distinguish mainstream and underground music, believes Jan-Michael Kühn. "The techno scene at the time wasn't a homogeneous music scene made of people who all want the same thing," he explains.

For example, there were performers such as Dr. Motte, WestBam or DJ Marusha, who made techno accessible to the masses. Similarly contributing to the popularity of techno in the 90s were successful bands such as Scooter or growing events like the Loveparade. 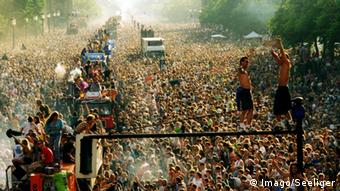 The Loveparade in Berlin, 1997

What could be described as "underground" would take place in clubs, each of them representing a particular style. There, DJs would run long mixes instead of short hits.

"The real mainstream never actually arrived in clubs, because it couldn't survive there," says Kühn. Many clubs in Germany, such as the famous Berghain in Berlin, always remained true to their culture, even though they could be making more money by changing their concept, according to Kühn.

Electronic music has been enjoying a growing popularity these last few years. The success of artists such as Avicii, David Guetta or the popularity of the Germans Felix Jaehn and Robin Schulz demonstrate this well. Their music can be heard at concerts, not in clubs, says Kühn.

Jan-Michael Kühn, PhD in sociology, will be soon publishing his doctoral thesis as a book, titled "Die Wirtschaft der Techno-Szene" (The economics of the techno scene). He is also a blogger and performs as DJ Fresh Meat.

Never too old for techno? Why Scooter updated their sound

German techno legends Scooter have released a new album with a fresh feeling - thanks in part to their young Austrian producer. At a show in Finland, they tell DW how they work together and why change is ok. (01.03.2016)

The musicians behind acts Modeselektor and Apparat have once again joined forces under the name Moderat. We speak with them about creative conflicts, international recognition and their third album: "III." (08.04.2016)

In the 1970s Kraftwerk were at the vanguard of a wave of German electronic music. In the following decades acts such as Snap, Paul van Dyk, Cascada und Scooter stormed the dance floors. (04.03.2016)