The creator of Berlin's legendary Balkan Beats nights, Robert Soko, has now launched Arab Beats, an event which allows Syrian refugees and German party-goers to come together — and snub the country's racist movements. 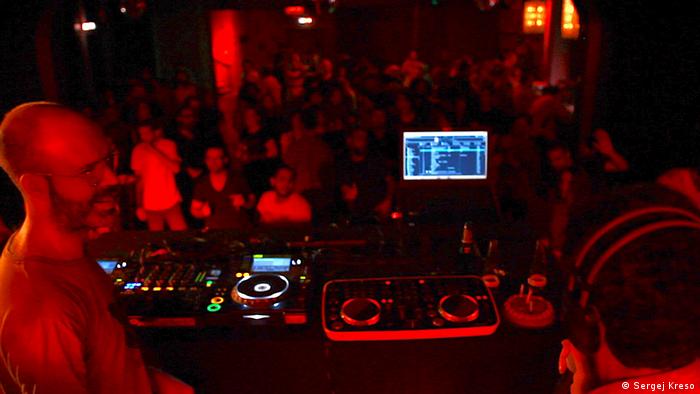 The music is pounding, the liquor is flowing and the Syrian refugees are trying hard to forget. They are dancing a traditional Middle Eastern circle dance to thumping Arab beats. One of them is on crutches, missing a leg — a casualty of war. Many have seen great hardship and have long footsore journeys behind them. Now they have reached the end of the road, and it is time to celebrate.

"I feel really safe here," Ali from Syria told DW outside of B-Nuu, an Arab Beats venue in Berlin's Kreuzberg district. "First Syria, then I had to go to Istanbul and I didn't know anyone, and then I came here and now all of this. I just want safety. I'm a peaceful guy and I know I will never have any problems."

Flashback to another group of refugees in the 1990s

For some of those present and old enough to remember, the scene at Arab Beats brings back memories of Berlin in the 90s, when another group of refugees, then Bosnians from ex-Yugoslavia, gathered in clubs and bars in Berlin trying to exorcise their war traumas with music, dance and large quantities of alcohol. Like the Bosnians then, so today the Syrians are poised to change the nightlife of Berlin. 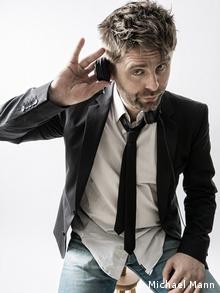 It isn't by chance that the co-organizer of Arab Beats is Robert Soko, the 49-year-old creator of Balkan Beats.

In 1990, as Yugoslavia began falling apart, two years before the war started in Bosnia, Robert moved to Berlin at the age of 19. He became a cab driver while hanging out with other ex-Yugoslavs in a Kreuzberg punk bar, a popular haunt, in Soko's words, "of leftists, squatters, unacclaimed artists, alcoholics and assorted lunatics."

There Robert played cassettes of Yugo punk and new wave in exchange for beer for a mostly Yugo crowd. The parties quickly snowballed. Soko discovered emotive Gypsy music, Germans started showing up, and Robert ended up playing to hundreds of people a night at the Lido club in Kreuzberg, while exporting his parties across the globe, from London to Tokyo.

Now he is working on a film with an acclaimed Dutch filmmaker and Sarajevo native, Sergej Kreso, who is here this evening at Arab Beats, filming the DJs and dancers.

"Everything is changing," says Kreso.  "And the question is how you deal with the changes. Whether you like it or not.  While I have been working on this project, the circumstances in Berlin and Europe have changed. When I started there was the huge problem with refugees. A lot of people coming, literally walking through the Balkans, on the same route that Robert Soko and I took over 25 years ago."

"I identify with people in trouble," says Soko, "with people who left their homes and are in search of a better future, which is the most natural human impulse... And I am welcoming these people, all of these people."

For the past four years now, Berlin has seen a proliferation of Arabic parties and jam sessions, whether that be Achtung Hafla, a short-lived Israeli initiative that aimed at bringing spicy hot Middle Eastern shakshukasounds to Berlin, or Flying Arabs, an Israeli-Arab joint effort, or Arab Song Jam, a wildly popular weekly Arab jam session at the Werkstatt der Kulturen in Neukölln.

Arab Beats is the latest party aimed at not solely Syrian and Arab refugees, but a broader German and international crowd.

Uros Petkovic is one of the DJs at Arab Beats. A native of Serbia and a deft assembler of Oriental rhythms and beats, which have had their place in Serbian music as a result of 500 years of Turkish Ottoman occupation, Petkovic came to Berlin from Belgrade in 2016, and is Soko's partner at Balkan Beats Sound System.

"We want to make electronic, Berlin kind of DJ sets, but distinctly Arabic," says Petkovic. "So not having this cheesy Arabic disco, but really to make it Berlin, electronic, modern, cool. There are really a lot more Arabic people now in the whole of Europe, especially Western Europe. So it's natural to have a need for this kind of music."

Petkovic's partner in the DJ console is Rafi Gazani, a flamboyant half-Syrian, half-Palestinian trained engineer and now DJ in Berlin. 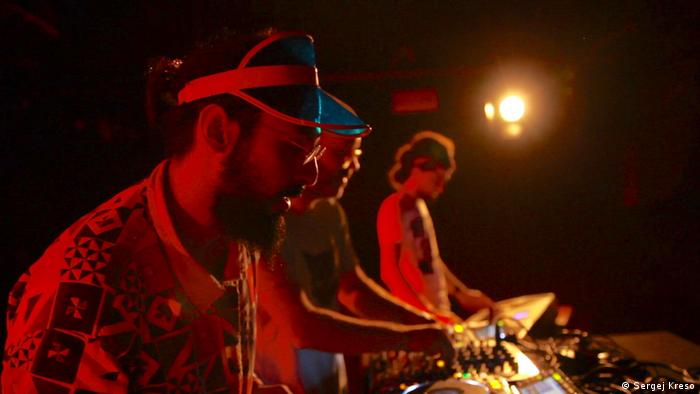 "Somehow Balkan and Arab music is similar," says Gazani. "It's like it's connected somehow. It makes sense to bring Balkan and Arab music together. I have this feeling we can mix it together. I studied the history of Balkan music in Germany. The refugees and immigrants from the Balkans, from Romania and Serbia, they came up here bringing Balkan music with them. Now it's happening with the Arabs."

Just like Bosnian refugees in Berlin faced racism in the 1990s, the current political climate, with the rise of far-right parties like the Alternative for Germany (AfD), makes the situation difficult for Syrian refugees trying to find their place in the country.

And so Soko has a message to supporters of the AfD and their ilk:

"Change happens. It's just a matter how you deal with it. We dance."

The next Arab Beats party will take place at  the Lidolino in Berlin, Kreuzberg on March 15

A speech by an exiled Turkish journalist alongside an orchestra of Syrian refugees may sound like a disturbing kind of arts event in Hamburg's iconic concert hall. It was in fact anything but. (30.10.2018)

Refugee and German youth in Berlin and Hamburg are collaborating on a musical production set for performance in October. The project seeks to promote intercultural understanding and help the newcomers explore new ideas. (09.08.2017)