Coronavirus scare: When will ′hamsterkauf′ become an English word? | Business | Economy and finance news from a German perspective | DW | 05.03.2020

Coronavirus scare: When will 'hamsterkauf' become an English word?

Supermarkets in Germany have witnessed signs of panic buying as the new coronavirus spreads. Some English-language media are in love with the special word the Germans use for hoarding stuff, as Hardy Graupner found out. 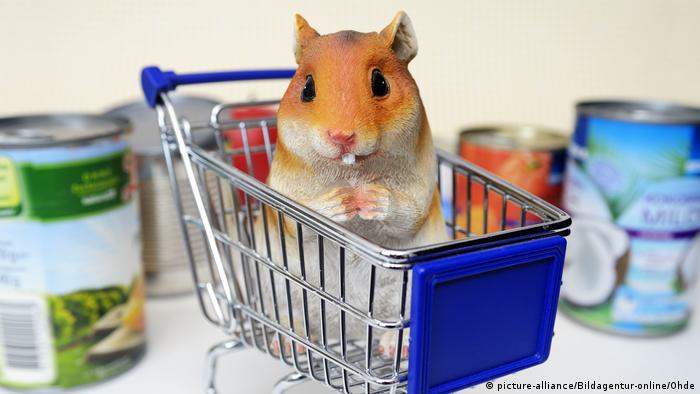 The coronavirus scare has seen quite a number of Germans resorting to panic buying, although the chances of them really needing a lot of stuff at home over a longer period are rather slim. But that's a different story.

The point is that the Germans have a rather nice and descriptive word for hoarding stuff. They call the activity of panic buying hamsterkauf, with the corresponding verb being hamstern.

It's not too hard for people from the English-speaking world to guess its meaning. After all, they share the same word for the rodent that's used as a descriptive term in German to indicate that if you do a hamsterkauf, you want a lot of stuff — just as hamsters are eager to store as much food as they can in their cheeks. You never know, it could come in handy.

Panic buying is perhaps part of the German angst that crops up once in a while. The question is: If angst made it into the English language long ago, isn't it time for hamsterkauf to follow suit and join the likes of dachshund, blitzkrieg, kindergarten, realpolitik and hinterland? Probably not, as compound words stand a far lower chance of ever being incorporated, but never say die in this crazy lexiconic world.

Be that as it may, there's no denying the fact that a number of English-language publications have explicitly mentioned and explained the German expression for hoarding as they seem to like it quite a bit.

In a daily email newsletter called Morning Brew, which says it covers the latest news from Wall Street to Silicon Valley and beyond, hamsterkauf made into the "beyond" section this week. 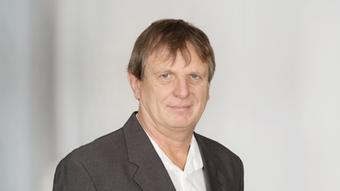 "They say there's a German word for everything, so obviously, there's one for hoarding during times of widespread panic," the newsletter points out. "Hamsterkauf has a connection to hamsters, which store food in their cheeks," it continues. It even suggests using the German word in sentences such as "German grocery stores have been experiencing a wave of hamsterkauf during the coronavirus scare."

Let's not be wonkish here and ignore the fact that hamsterkauf is a countable noun and would require the plural form in that headline.

Quartz, an online guide to the new global economy, put the German word right in a headline reading "Germans taking part in coronavirus panic hoarding are doing a hamsterkauf."

After explaining the word and its origin, the web portal notes that hamsterkauf has been trending on social media "as people share photos of store shelves cleared out of food and other household items." It notes that a standard hamsterkauf involves the purchase of canned goods, pasta, mineral water, disinfectants and toilet paper.

"Austria [another German-speaking nation]," it continues, "is also seeing instances of hamsterkauf after it reported two cases of coronavirus in its southern Tyrol region."

Quartz also mentioned the so-called hamsterkauf list, a compilation of items that authorities say should be in every household to fall back on in times of emergency. 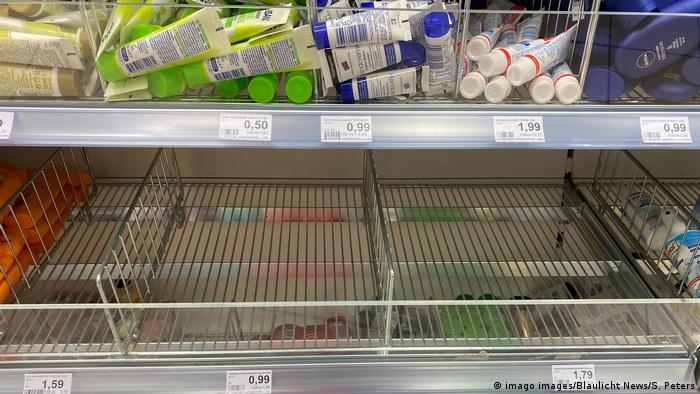 The fancy German word also featured in the English-language edition of Arab news website Sada Elbalad SEE egy. Its article titled "Germany sees hamsterkauf, what is it?" explains why shelves can sometimes be empty in Germany these days because of the coronavirus threat. Importantly, it also adds that it doesn't take an epidemic to see people engaged in hamsterkauf activities in Germany.

"This word has also been used to describe the rush on supermarkets that occurs before long holiday weekends when markets will be closed."

And indeed the word is used in a much wider context. Right now, though, hamsterkauf and coronavirus tend to be glued together.

Don't panic; it's just a suggestion

"German [word] of the day: Hamsterkauf" is the headline for a story I spotted on a website called Observing Hermann.

The author explains that the word means panic buying, adding "you know, like in 'oh my God, are we all gonna die?'"

Most likely not. In my humble opinion, there's a far greater chance of hamsterkauf becoming a standard English word. Quite frankly, such a development would truly reflect the current zeitgeist and wouldn't be the worst borrowed word in a language that has tons of them already.