Emergency spending measures to counter the coronavirus have cleared the lower house of parliament and are likely to be signed into law by the end of the week. But where is the money going? 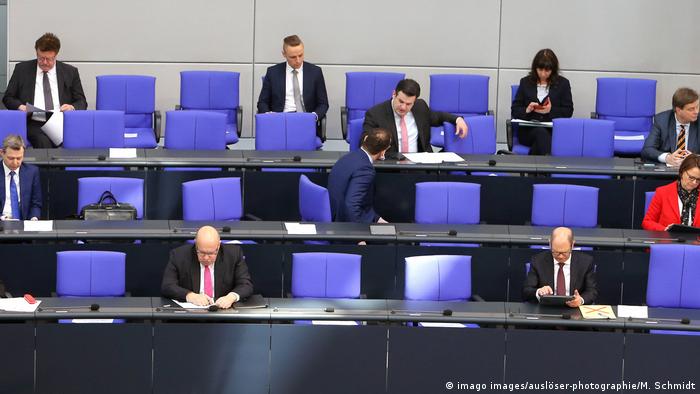 Finance Minister Olaf Scholz famously said he would be getting out his "bazooka" in a bid to shield Germany from the economic risks posed by a coronavirus shutdown. His additional 2020 budget has now cleared the Bundestag and should be approved by the upper house of Parliament, the Bundesrat, on Friday.

The new spending plans foresee an extra €156 billion ($169 billion) in new government debt this year, around 100 billion more than would have been permitted under Germany's notorious debt ceiling that limits annual borrowing.

But Scholz is also freeing up a far larger sum of around €600 billion that could be used to provide emergency help for large companies if necessary, mainly in the form of the government taking on the liability for bridging loans these companies might need.

Here's a breakdown of what new spending is envisaged.

The additional budget increases the spending power of the Health Ministry by more than €3 billion, or around 20%, this year.

This is meant to help as Germany seeks to double the 28,000 intensive care beds currently available in the country. The government is racing to procure more protective clothing for hospitals, the police, and others in the public sector

Health Minister Jens Spahn's department will also use the extra funds to help hospitals cover extra costs, not least those accrued by plans to delay all non-essential operations for several months to free up capacity for coronavirus patients.

The government has also set aside another €3.5 billion for various direct efforts to contain the virus. These include buying protective clothing and face masks, funds towards efforts to find a coronavirus vaccine, public information campaigns, help for Germans overseas, and preparations for any potential military assistance that may be required at home.

The additional budget sets aside a further €55 billion without formally assigning the money. The Finance Ministry says these funds will be available for as-yet unknown measures and responses seeking to combat the pandemic. The idea is to allow the government to act more flexibly and more quickly than usual going forward.

Perhaps ambitiously, the new budget only assumes a reduction in Germany's 2020 tax intake of 33.5 billion, just under 10% of the country's previously predicted total.

Direct support for small businesses and the self-employed 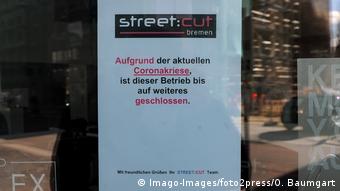 €50 billion has been set aside for rapid support for the self-employed and the smallest businesses with 10 or fewer employees.

The self-employed and businesses with five or fewer employees will be eligible for direct loans from the government of up to €9,000 over a three-month period; firms with between five and 10 employees can apply for €15,000.

The biggest potential costs are being kept off the books for the moment and do not make up part of the €156 billion in new borrowing formally costed in by the government.

An economic stabilization fund will be established that is able to take on the liabilities for companies that require bridging loans, able to issue guarantees for up to €400 billion in borrowing.

The lending powers of the KfW state development bank will also be expanded dramatically to enable emergency loans to companies with cash flow problems.

Another €100 billion will be set aside for a fund designed to prevent hostile takeovers of larger German companies if their share prices continue to tumble, putting them at risk. In extreme cases, the government would be able to buy stakes in major employers to prevent a takeover, with the aim of reprivatizing the companies at a later date. One obvious candidate here could prove to be commercial airline Lufthansa, which has grounded the vast majority of its flights. 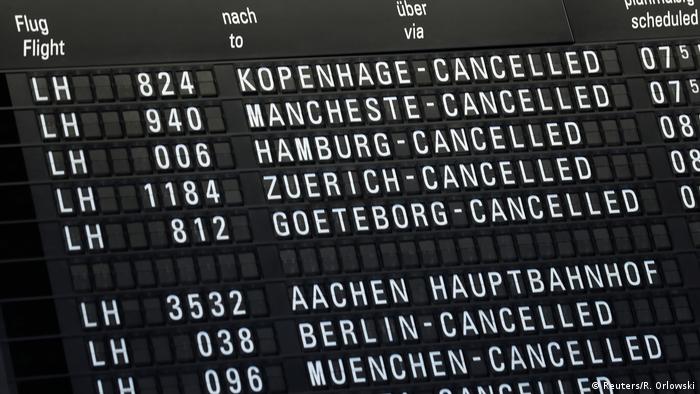 Currently, roughly 19 of every 20 regular Lufthansa flights are canceled, at least until the middle of April

Tax rules are also being altered to allow companies to calculate what they pay later in the year, rather than paying their early instalments based on projected earnings as usual. Insolvency regulations will also be temporarily softened.

With evictions a major concern in a country with a large rented property market, Germany's rules on rent payments have been tweaked at least until the end of September.

Nonpayment of rent will not be valid grounds for eviction for people whose income has been hit by the coronavirus. And authorities are under instructions to "presume" a connection between reduced earnings and the pandemic, rather than the onus being on individuals to prove they are affected. The changes made were a compromise reached so that the formal legal requirement to pay rent remains untouched, despite the temporary exception.

The requirements to qualify for long-term Hartz IV unemployment benefit and for child support will be temporarily loosened as the government reckons with a sharp uptick in applications. Just proving a short-term dip in income, rather than demonstrating the usual six-month period, will suffice to qualify.

Extra funds are also being set aside for parents forced to stop work or work less because their children can no longer go to schools or kindergartens.

Finally, the government is altering its labor market rules in a bid to prevent job losses and increase flexibility. Short-time work is in particular focus — with plans to make it easier for companies to put staff on short-time hours and secure government help paying their remaining wages. Companies will only need to show 10% of their workforce, not one-third as at present, are affected in order to qualify. The government covers 60% or more of the salaries of people on short-time work. Rule changes will also help people who lose their hours on a temporary basis to take on extra work with a different employer without formally leaving their normal job.

The Labor Ministry's 2020 budget has also been bolstered by €7.7 billion, although that represents an increase of less than 10% of originally scheduled spending.