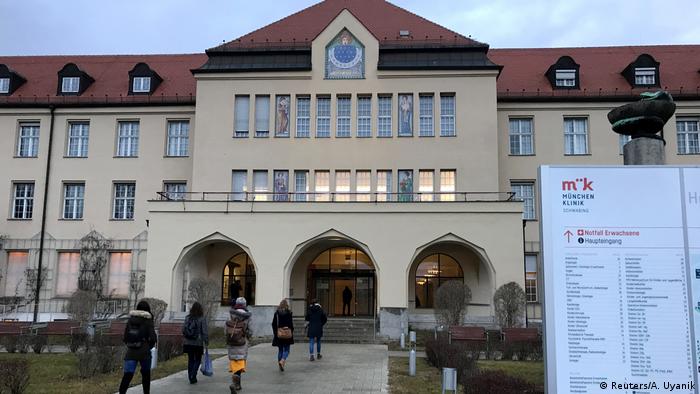 The German Health Ministry confirmed late on Tuesday that three further cases of the new dangerous strain of coronavirus have been discovered in Bavaria, increasing the total number of patients in Germany to four. The three new patients were "connected" to the first found in Germany, which had been verified on Monday.

The health authorities said: "There were a total of around 40 employees who have been determined to have been in contact with the [Chinese] woman. Those affected will be tested on Wednesday as a precaution."

Health officials added that the first person had contracted the disease from a Chinese colleague who had visited the area for a company workshop a week ago.

The 33-year-old man had been with the Asian coworker and a number of others during the training event, according to Andreas Zapf, president of the LGL state office for health and food security.

The woman who passed on the virus is from Shanghai and only started experiencing symptoms during her return flight home from Germany last Thursday, Zapf said.

Ahead of the woman's business trip to Bavaria, she had met with her parents, who were visiting from Wuhan, the epicenter of the deadly outbreak.

The company in question was named as Webasto, which develops motor vehicle products, and is based in Stockdorf, near Munich.

Webasto is to be shut until Sunday, the firm said in a statement. Employees at the headquarters have been instructed not to travel within Germany or abroad.

The first patient was considered to be in a "medically good state," officials said, adding that the risk of infection for people in Bavaria remained low. The three further cases are being isolated for treatment at the Schwabing hospital in Munich.

First discovered in the city of Wuhan, China, the new strain of the pneumonia-like virus is believed to have originated in the city's animal market. At least 132 people have died in China and nearly 6,000 others have been infected.

About 50 cases have been recorded outside of China, in South Korea, Taiwan, Thailand, Nepal, Vietnam, Saudi Arabia, Singapore, the US, France and Australia. Many countries, including Germany, have instituted health checks for airplane passengers arriving from China.

Japan and US carry out evacuations

Meanwhile, various countries have been carrying out missions to return nationals to their homelands from Wuhan.

Japan sent a first plane to collect its citizens early Wednesday. It arrived at Tokyo's Haneda airport later in the morning with about 200 people on board.

An American charter flight is also set to leave the city on Wednesday, heading for the Los Angeles area.

The plane will carry staffers from the local US consulate, as well as other US citizens, who will be asked to pay for their flights.

"These travelers will be carefully screened and monitored to protect their health, as well as the health and safety of their fellow Americans," State Department spokeswoman Morgan Ortagus said.

The US and several other countries, most recently Australia, have urged their citizens to "reconsider" all trips planned to China.

Canada said 126 of its citizens live in the Wuhan area and is said to be monitoring its options for getting them home.

Researchers in China and the US are developing a vaccine for the new Coronavirus. If all goes well, they may run the first tests in three months. A vaccine would be available in the summer — at the very earliest. (28.01.2020)