Coronavirus: Everything you need to know | World| Breaking news and perspectives from around the globe | DW | 27.01.2020

How is it transmitted? What are the symptoms? And which precautionary measures are recommended to stop it spreading?

How is the virus transmitted?

The new coronavirus can be transmitted between humans, according to Chinese health authorities. It is also adapting and mutating, which could make the virus spread faster and possibly more difficult to treat.

It is not yet clear how infectious the virus is. The first infections were detected in the Chinese city of Wuhan and traced back to a wild animal and fish market, which has now been shut down. The virus might have been transmitted through direct contact between humans and animals, or simply via the air like many germs.

Viruses that can spread between humans and animals cause so-called zoonotic diseases. Such viruses may be transmitted when humans consume meat or animal products — or if such products were insufficiently heated or prepared in an unsanitary environment.

What are the symptoms?

Patients who have contracted the virus have had fever, shortness of breath and coughing. The virus can also cause pneumonia, an infection that inflames the air sacs in the lungs and can cause them to fill with fluid or pus. Elderly citizens tend to be more often affected by the virus than younger people.

Since the virus broke out in December last year, it has infected thousands of people across China. Cases have also been reported in dozens of other countries, including Germany.

What do we know about the virus?

Experts recently decoded the coronavirus' gene sequence, which is also known as 2019-nCoV. Coronaviruses were first discovered in the 1960s and their name derives from their crown or halo-like shape. Viruses of this kind are not per se lethal. Sometimes, they also lead to gastrointestinal disorders and diarrhea, in particular. 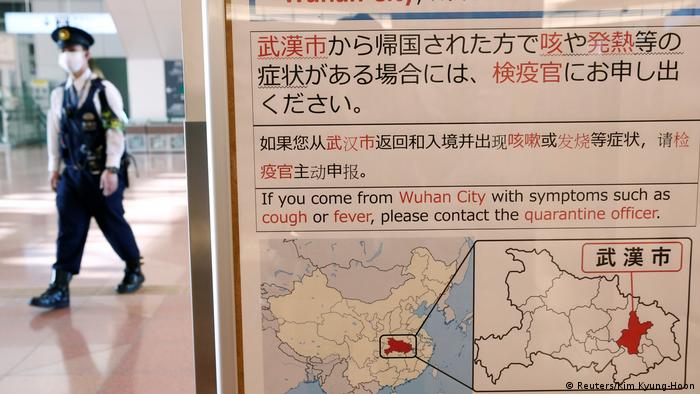 A number of governments have begun screening air passengers from China

But coronaviruses, which are RNA viruses, are also extremely adaptable and genetically diverse. This means they can easily spread between and infect different species. While some coronaviruses can cause the common cold, others can develop into more serious illnesses that lead to difficulty breathing, pneumonia and even death.

In 2002 and 2003, for example, the aggressive SARS-CoV coronavirus led to an epidemic in 30 countries. Worldwide, more than 8,000 people became infected with the virus, about 1,000 died. And in 2012, the Middle East Respiratory Syndrome Coronavirus (MERS-CoV) was discovered on the Arabian Peninsula.

What can be done to stop the outbreak?

China has put the most-affected area of the country — home to about 50 million people — effectively on lockdown in an effort to stop the spread.

Airports around the world — and particularly in China — have introduced fever checks for passengers traveling from China. Many airlines have begun to halt flights to affected areas.

The World Health Organization is considering whether to declare the outbreak an international public health emergency, which could mean further restrictions for international travel.

As always, it is advisable to practice good hygiene and caution, for example by avoiding close contact with individuals suffering from acute respiratory infections, or wild animals or livestock, dead or alive. People should wash their hands regularly, especially after being in direct contact with an infected person. 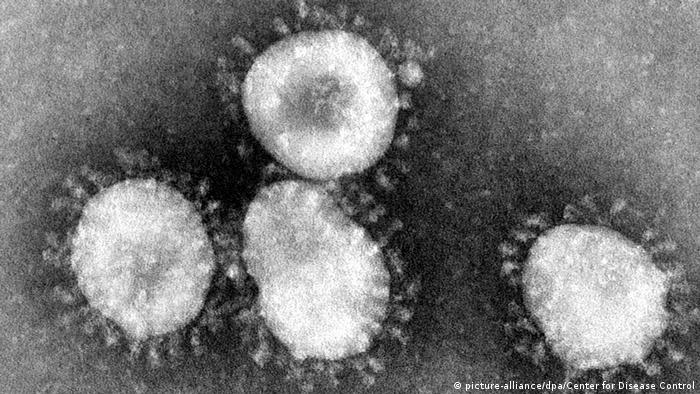 How has it been impacting the economy?

Concerns over the virus have sent Asian stock markets tumbling. The memory of the economic damage caused by the SARS epidemic between 2002 and 2003 is still fresh, with people concerned about the impact on the tourism and travel industries as well as limitations to consumer spending.

Chinese officials have said a new coronavirus virus can spread from person to person, as the disease claimed a sixth life. The World Health Organization called an emergency meeting to discuss the crisis. (21.01.2020)