The new deadly coronavirus in China has revived memories of the 2002-3 SARS pandemic, which killed hundreds and walloped Asian economies. DW recalls how entire cities emptied and business and consumer demand plummeted. 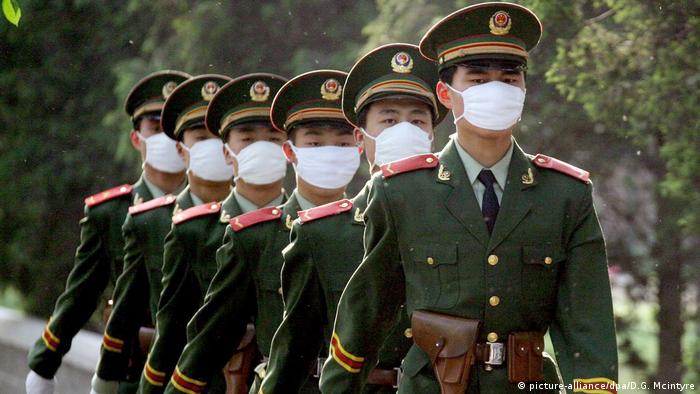 Asian economies were still struggling to recover from the region's 1997 financial crisis and the bursting of the dotcom bubble when SARS first struck in November 2002. The death of a farmer in Guangdong, China, from a mystery flu-like virus would be the catalyst for the third major economic event to strike the region, as the type of pneumonia he was carrying — later named Severe Acute Respiratory Syndrome (SARS) —  quickly became an pandemic.

In the blink of an eye, people started falling ill across several major Chinese cities, including Shanghai and Beijing. Within a few weeks, the virus had moved across borders, initially to Vietnam, Hong Kong, Taiwan and Singapore and then much further afield. Dozens of deaths were reported.

Suddenly, many normally bustling Asian cities were eerily quiet. Business districts and shopping malls emptied and tourism and corporate travel were postponed on a large scale in favor of teleconferencing.

Airports and ports used thermal imaging to screen travelers. People who had come into contact with suspected SARS cases were quarantined and those who reported flu-like symptoms were advised to stay home. Those that did venture out wore face masks, and taxis could only attract passengers if they drove with their windows open.

Hong Kong University professor YC Richard Wong co-authored a paper on the economic impact of SARS on the Chinese territory. He described how the financial hub had just begun to see signs of economic recovery when the virus struck.

"The outbreak of SARS hit Hong Kong at a very bad time," he wrote. "Domestic demand collapsed before it had an opportunity to recover. Local consumption and the export of services related to tourism and air travel were severely affected."

China saw foreign tourism revenue fall as much as 60% in 2003, while Hong Kong saw the number of visitors drop by 60% at the height of the crisis. Singapore and South Korea witnessed 40% falls, and Thailand and Malaysia saw drops of more than a third.

Hong Kong hotel occupancy rates fell from around 79% in early March to just 18% in May and the number of airline passengers carried to and from its international airport fell by more than three quarters during the pandemic.

Thousands of regional flights were canceled due to a lack of demand — Taiwanese airlines alone grounded nearly 800 flights, or 23% of their normal schedule, at the peak of the outbreak. The territory's public transport network saw daily ridership drop by half during the same period. 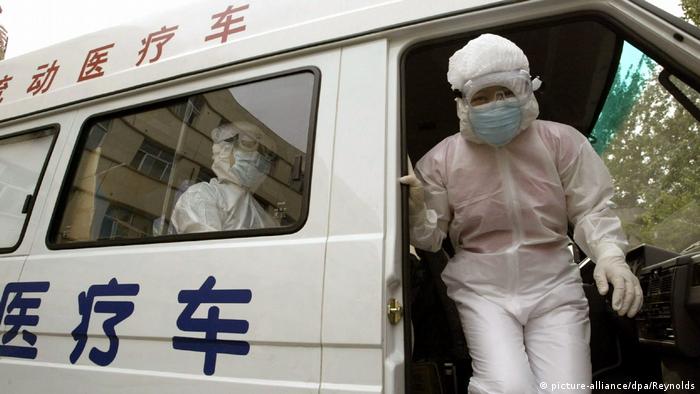 At the height of the SARS outbreak, China set up mobile fever clinics to screen local residents for the virus

Across Asia, hotels, restaurants, cinemas and other entertainment venues struggled to attract enough trade to remain in business, and major events, including music concerts and conventions, were called off.

Economists have estimated that SARS was responsible for a 1-2% dent in China's economic growth, and 0.5% across Southeast Asia in 2013. One report for the Center for International Development said SARS caused a $25 billion (€22.5 billion) loss to China's economy alone. Another by researchers at Australia's Griffith University put the global impact at anywhere between $30 and $100 billion.

The economic burden in SARS' ground zero — the Chinese city of Guangzhou — was estimated to be RMB 11 billion ($1.6 billion, €1.44 billion). The knock-on effect was also felt by China's manufacturing sector as shipments from Guangdong province to Hong Kong fell by a third.

SARS exacerbated an already weak labor market, with many retail, food and beverage and tourism-related firms across Asia laying off staff. Taiwanese firms introduced a system of job sharing while Singapore's government offset some of the impact with a relief package worth S$230 million ($170 million, €153 million).

SARS was made worse by a huge Chinese cover-up. Health authorities initially failed to alert the World Health Organization to several other cases in Guangdong, which could have prevented the virus' spread and reduced widespread public alarm described by Griffith University researchers.

"Due to a lack of trustworthy official information [in China], folk tales about the epidemic situation spread... all kinds of rumors exacerbated the spread of social panic [and] ... an escalation of panic buying of drugs," they wrote in a report comparing China's handling of SARS with a later outbreak of H7N9 avian flu.

During the nine-month outbreak, more than 8,000 cases of SARS were confirmed and 775 people died — 648 of them in China and Hong Kong. Then, as quickly as it emerged, the pandemic, which had spread to a dozen countries was over.

Even so, almost 20 years after SARS, the country faces a similar health emergency, after 616 cases of a new coronavirus emerged in the city of Wuhan. The respiratory virus has already killed 25 people, spread to other Chinese cities, at least four other Asian territories and to the United States.

Chinese health authorities face an uphill battle to contain the new virus, as it has taken hold during the largest annual human migration as hundreds of millions of people return home for the Lunar New Year.

"The poor management of the SARS outbreak clearly is a specter the government fears, and the next weeks will show how much learning in governance and crisis response mechanisms has happened since the SARS outbreak," China expert Nis Grünberg from the Mercator Institute for China Studies in Berlin told DW.

"With [Chinese President] Xi Jinping coming out yesterday [Monday] calling upon all officials to tackle the issue as a national crisis, it could be that the necessary political will and resources are freed in order to limit the spread," he added.

Rajiv Biswas, Asia Pacific Chief Economist at IHS Markit said in a research note that the "economic consequences" of the new coronavirus "could be extremely concerning for the Asia-Pacific region."

He noted that since SARS, international tourism by Chinese nationals has boomed, so the risks of the virus spreading globally "have become even more severe."

As with SARS, he thinks retail, food and beverage, conference, sporting events — including this summer's Tokyo Olympics, tourism and commercial aviation could potentially be worst affected by any wider pandemic.

European companies' access to projects within China's Belt and Road Initiative (BRI) leaves much to be desired, the EU Chamber of Commerce in China has said in a fresh survey. What exactly is at the heart of the problem? (16.01.2020)

Chinese public health officials have announced a sharp rise in diagnoses of an emergent strain of coronavirus. They have also confirmed two cases of human-to-human transmission of the virus. (20.01.2020)