China Belt and Road Initiative a hard nut to crack for European firms | Business | Economy and finance news from a German perspective | DW | 16.01.2020 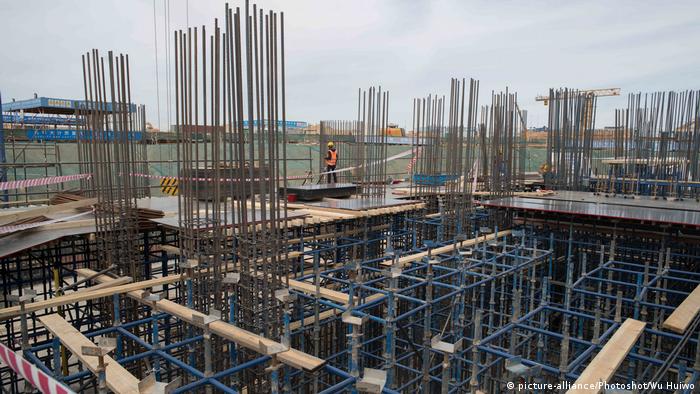 The European Chamber of Commerce in China, which represents over 1,700 member companies and operates in nine cities in the Asian country, released a survey on Thursday that looks at just how hard it is for European firms to become part of projects within China's Belt and Road Initiative (BRI).

The outcome of the poll is sobering. The survey says that since China's huge global investment offensive kicked off in 2013, European businesses have been eager to contribute, "but have come up against a variety of barriers, including being unable to access information on project tenders."

European businesses report that BRI-related projects are rarely transparent, with only a few firms having learned about relevant investment opportunities through publicly available procurement information. Nearly all respondents say they were brought in by either Chinese business partners or the government.

That lack of transparency, the survey notes, has seen multilateral lenders such as the World Bank and the Asian Infrastructure Investment Bank (AIIB) keeping a low profile with regard to BRI-related funding because of the banks' strict criteria for investment. Hence almost all of the financing comes from Chinese banks or directly from Chinese companies.

Most of the European firms who managed to get a foot in the door nonetheless have played only niche roles by supplying a specific technology or contributing their expertise in emerging markets. The study says the companies in question have been assuming "a filling-the-gaps role" only.

By contrast, some 40% of those polled see a "vertical integration" of Chinese state-owned companies, which enables them to provide "everything from project management, financing, construction and post-completion services."

This goes in particular for tech companies. China for decades withheld licenses for overseas tech firms to operate in its market, but is now exporting its own technological standard abroad, often through end-to-end Chinese providers that leave no room for foreign competition in the hardware and software chain.

The survey's conclusion is that despite some recent improvements in the quality of BRI-related projects, the continuing lack of openness to foreign participation runs counter to China's claims of the Belt and Road Initiative being a global development strategy and the nation's commitment to upholding a multilateral economic order.

It warns that if the EU fails to play a more active and competitive role, "there is a real danger that it could eventually become little more than a peripheral market tacked on to the end of Eurasia."

The EU has promised investments tied to values like transparency and good governance in Southeast Asia, where China already has a big footprint and doesn't ask authoritarian governments to change their ways.