Sieren's China: Striking a balance on the New Silk Road

At the Belt and Road Forum, China intends to allay fears conjured up by its "New Silk Road" project. Beijing has an interest in tweaking the initiative, says DW's Frank Sieren. 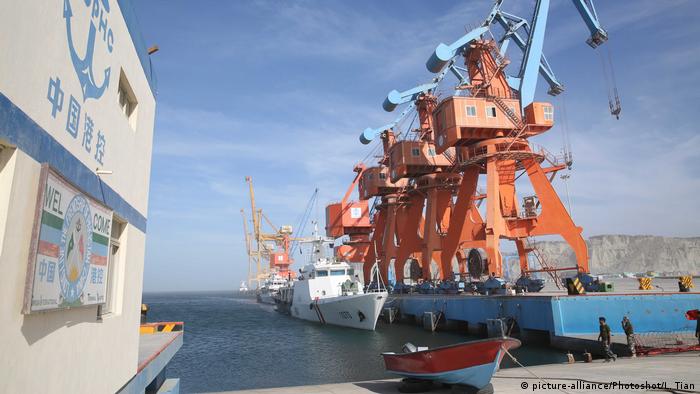 The guest list of the Belt and Road Forum features 40 world leaders — 12 more than two years ago — and is more exclusive than at the first forum. German Economy Minister Peter Altmaier, Italian Prime Minister Giuseppe Conte, Austrian Chancellor Sebastian Kurz, British Chancellor of the Exchequer Philip Hammond and the Swiss President Ueli Maurer are all at the Yanqi Lake resort outside of Beijing.

However, there are no high-ranking representatives from India or the US. The US has accused China's New Silk Road project of being a "debt trap." India even fears that it will become physically trapped, as almost all of its neighboring countries, including its archrival Pakistan to the west and Sri Lanka to the east, have forged deals with China.

The EU is divided over the issue. But despite concerns in Brussels, in March Italy became the first G7 member to join up for cooperation.

It is already clear that Chinese President Xi Jinping is experiencing success with his massive project. Hardly any politician has been able to spread so much hope around the world in recent decades — but at the same time, he's also spread fear.

Xi had not expected to encounter such resistance. Some see his initiative as a kind of new Marshall Plan; others criticize it as a neo-colonialist instrument that will allow China to exploit poorer nations.

The fact that Chinese Foreign Minister Wang Yi reiterated earlier this week that the project was "a platform for cooperation, not a geopolitical tool," has not made things plainer. For, of course, the project is increasing China's global influence. But at the same time, it is also a platform for cooperation that can help all participants. In the past 30 years, China's government has learned how important a functioning infrastructure is to develop an economy. It now wants to export its knowledge to Africa, Central Asia, Central America and southeastern Europe. In the best case, this would be a win-win situation, but this scenario is not always attained, of course. 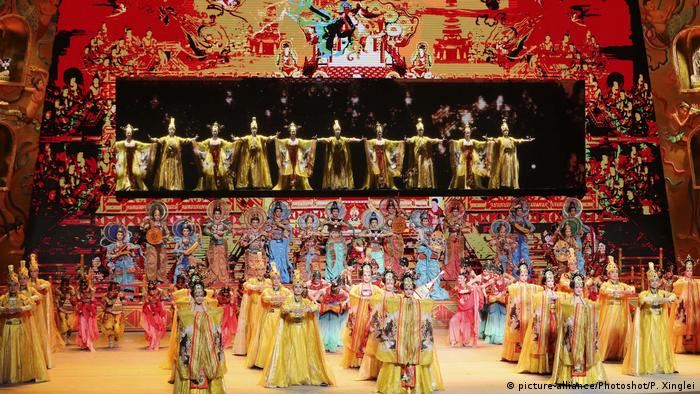 What's also clear, however, is that this project is very important to China. That is shown not only by the current forum, but by the fact that it has been anchored in China's constitution since  2017. In 2013, it was decided that projects worth some $70 billion (€62.8 billion) would be realized. Projects in Cuba, Nigeria, Malaysia or the Maldives are now included as part of the New Silk Road project, so it's difficult to make individual calculations. Many projects existed well before Xi announced his "Belt & Road Initiative," including the deep-sea port of Gwadar project that was launched in 2001 and is now a key New Silk Road project. However, there is nothing wrong with including already existing projects in a new overarching one.

Thanks to the project, many countries, particularly in Central Asia and Africa, are experiencing an economic revival that would have been unthinkable 10 years ago. On the other hand, some participants are becoming more critical of China's role. Some states, including Myanmar, Malaysia, Nepal and Pakistan, have cancelled or renegotiated projects that they considered too risky or unprofitable. Beijing is not interested only in short-term profit but also in forming long-term political partnerships, which could be much more beneficial. So it is also willing to make compromises when necessary. After all, the best customers are those who are so satisfied that they don't even notice how dependent they are on their suppliers. That's why this weekend top politicians from all over the world are being courted.

Clean government as a principle?

That's why there are also good chances that Beijing will move to introduce more transparency into the project. For example, at the moment the calls for bids tend to be formulated in such a way that they suit Chinese companies. Better anti-corruption mechanisms and more precise evaluation processes will be discussed this weekend. This concerns particularly Chinese state enterprises, which have invested heavily in the New Silk Road project. Such a discussion will definitely be more productive than repeating once again that the New Silk Road will lead "to peace, prosperity, openness, green development and innovation."

It is progress to have announced in an official report earlier this week that "clean government is the moral principle and the legal red line that we should never cross." However, to actually implement this will need more effort. This is necessary if Beijing, after its success with Italy, wants to attract more industrialized nations to join with it in investing in third-party countries as part of the initiative. However, since no other country will be able to match China's financial investment, the power structure is unlikely to ever change.

Thousands of migrants cross Guatemala in US-bound caravan 49m ago

Opinion: Shall I be mother? When doctors make the worst patients 18h ago