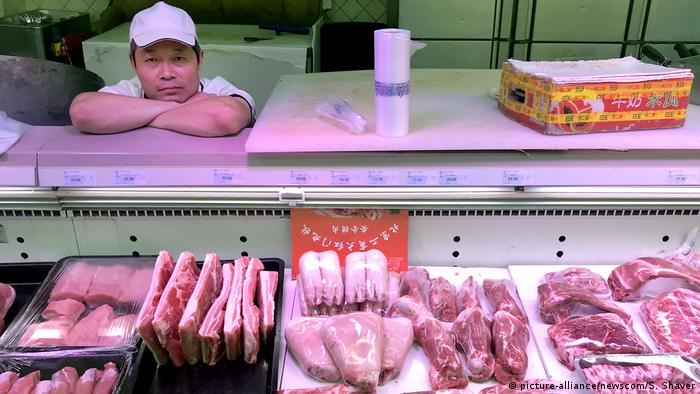 An ongoing African swine fever outbreak in China is squeezing the country's pork supply, keeping prices up and contributing to high inflation, according to numbers released Thursday by the National Bureau of Statistics.

The shortage comes ahead of pork-laden feasts celebrating the Lunar New Year on January 25. The government has been attempting to stop the increase in pork prices by releasing more than 100,000 tons of frozen meat from stored reserves over the past several weeks.

Although pork prices remain high, there was some success slowing the increase compared with the November 2019 time frame, during which year-on-year prices had risen by 110%.

"With positive changes in hog production, a release of pork from central and local reserves to the market, as well as a rise in imports, the pork supply situation has eased slightly," the National Bureau of Statistics said.

China is the world's largest producer and consumer of pork, and increased import demand has spiked pork prices worldwide.

Year of the expensive pig

The consumer price index in China, a gauge of retail inflation, rose 4.5% year-on-year in December 2019. That is the same as November's inflation rate, which was the highest since 2012. For the full year of 2019, consumer prices rose 2.9%.

The index has been rising consistently over the past year, as swine fever decimated pig herds across China.

Harmless to humans, African swine fever broke out in China in August 2018. Since then, authorities have since been forced to cull more than a million pigs to try and contain the spread of the disease.

Forecasters expect shortages to continue, as many Chinese farmers have stopped raising pigs and others will need to rebuild their herds.