The current African swine fever crisis is an example of how dependent Germany is on China. If Chinese pig farmers cull their hogs the consequences are global, says DW's Frank Sieren. 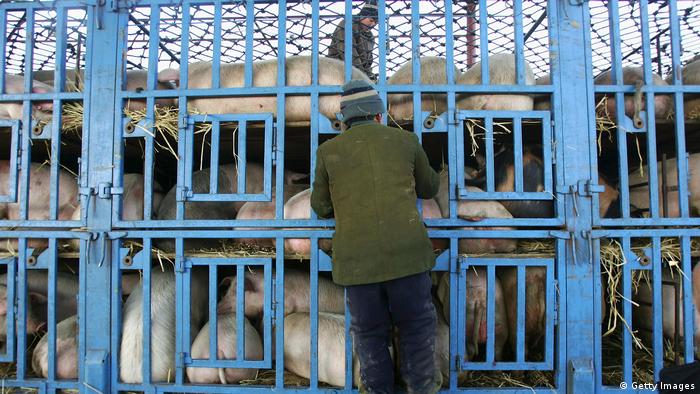 There's a German proverb that says here in Europe, we couldn't care less if a sack of rice falls over in China. But it doesn't hold true any more. Events in China have more influence on daily life in Germany than some would like these days.

The latest example is the outbreak of African swine fever in China. Since August 2018, over a million hogs have been culled and the number could well rise to 200 million. That's triple the entire porcine population in the US. The consequences are already having an impact on countries far from China. The price of pigs in Germany has increased by a third since the beginning of the year. For pig slaughter companies with a license to export to China this will bring in some short-term profits at least but it's not a good situation for medium-sized meat processing companies, which will incur additional charges.

And because China has to compensate for its pork shortages with chicken and beef, since it has no other choice, the price of all meat is likely to increase. China consumes more pork than any other country — some 55 million metric tons per year, around half the global total.

At the same time, China is the leading pig producer in the world as well as the largest importer of pork. The country now has a shortage of about four million tons to meet its needs so it will have to import even more this year than last. Pig farmers in Brazil, Denmark, Spain, the Netherlands and even in the US despite the high tariffs because of the current trade dispute between China and the US, will be happy as will those in Germany. At the beginning of April, sales of pork from the US tripled. But what could appear like a partial victory for US President Donald Trump is actually a zero-sum game: Fewer pigs also means there is less need for animal feed. China used to be the biggest importer of soy. US exports of soybeans will fall considerably this year, even if the trade dispute is resolved. Soy is an important industry for the US.

The problem is not new. China has experienced three pig crises over the past 11 years. In 2007, the prime minister of the time Wen Jiabao spoke of "market adjustments" that were to take effect immediately. The same year, the government created "strategic pork reserves" to maintain stable prices. This time the situation is more serious, however. The Chinese ministry of agriculture has predicted that the price of pigs could increase by 70 percent in the second half of this year compared to last — a record high. And this in turn is causing inflation to rise, which could upset the population as real revenues fall.

Read more:  Facial recognition software for pigs in China — 'I want to see the scientific evidence'

This is where the yuan currency comes into play. The stronger the yuan, the less consumers benefit from import prices and the less inflation there is. The government has to balance the strong yuan against the interests of export companies, which are worried about jobs. None of this is easy, and requires intervention to maintain equilibrium. Low-income citizens have to be supported and pig farmers have to receive subsidies, in particular to secure jobs. China's social stability is important for Germany since it is one of its biggest trade partners. 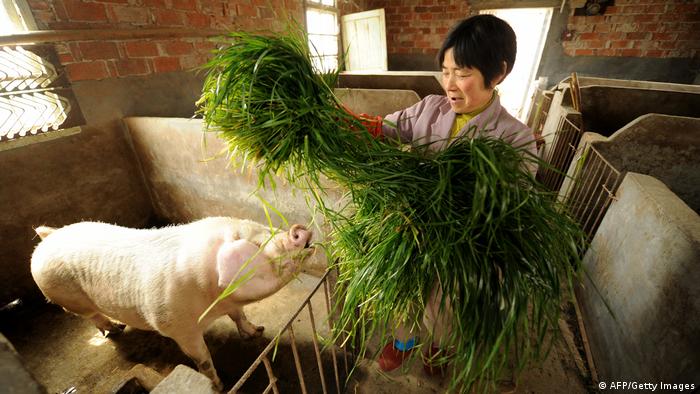 Hoping for a more vegan China

China could also help to alleviate the problems caused by the swine fever crisis by resolving the trade dispute with the US. It could be three years before the pork situation returns to pre-fever levels, especially considering that the disease has now reached all of China's provinces. The government has stipulated that all farms are tested to see if hogs are contaminated.

The government has been promoting its longer-term goal of a less meat-based lifestyle for some years now. But China's new affluent society is not quite ready to turn vegetarian. Meat is a status symbol. The Western vegan trend that promotes the well-being of animals, health and the environment has not reached China yet. If it did, this might relieve pressure on meat prices and thus give the German meat-processing industry some breathing space. But it's not just German meat lovers keeping an eye on whether China turns more vegan, and at what pace. German year-on-year inflation surpassed 2 percent last month. China's swine fever outbreak could push that figure higher.

Opinion: Another cold case in the Democratic Republic of Congo? 18h ago