African swine fever: What you need to know

It's a virus that kills pigs and stays contagious in the ground for years. Those are two of the most important facts about African swine fever. Here's more.

By the end of 2019, there will be a new fence along the German-Danish border — 70 kilometers from one end to the other and one-and-a-half meters high — just to stop wild boar. It's said the fence will prevent the spread of African swine fever virus (ASFV) in Denmark.

The Danish government says it wants to protect the pig farming industry, which is extremely important for the country. But environmentalists say the border fence is costly, ineffective and will merely serve as a symbol. They also say it will have negative effects on other animals living near the border — even if the fence has holes, measuring 20 x 20 centimeters, every hundred meters, to allow small animals to get through.

How big is the risk for western Europe?

African swine fever has not yet arrived in Germany. But the number of EU countries affected by the animal disease has increased from six to nine over the past year, with new cases in Hungary, Bulgaria and Belgium.

According to the Friedrich-Loeffler-Institute for Animal Health (FLI), more than 6,500 cases of African swine fever in wild boar and domestic pigs were registered in the EU and Ukraine by mid-December 2018. That's an increase of more than 50 percent compared to the previous year. With outbreaks in the Czech Republic, Poland and Belgium, the disease is right on the German border.

You could say it's just a question of time before African swine fever takes that step across the border and arrives in Germany. As a result, hunters in Germany have killed considerably more wild boar in the past season than in other years.

In the 2017/2018 season, hunters shot 836,865 wild boars. The German Hunting Association says that's about 42 percent more than the previous year. Never before have so many wild boars been shot. 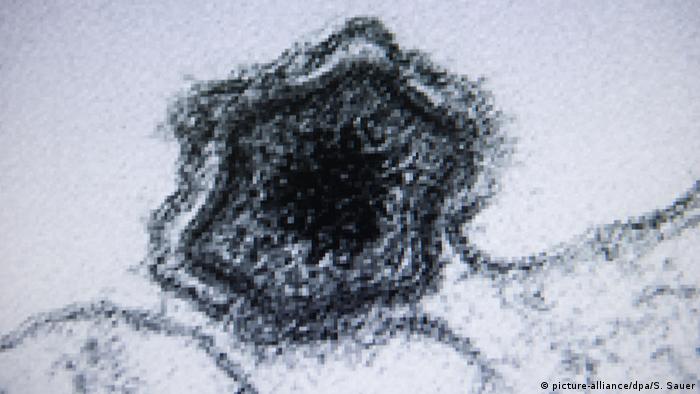 The African swine fever virus as seen under a microscope

What kind of disease is it?

African swine fever is a virus that infects domestic pigs and wild boars. Infected animals get a high fever and internal bleeding. Over 90 percent of infected pigs die, mostly within a week.

The disease is transmitted through contact with infected blood or the carcasses of animals that have died from the disease. The virus can remain in them for months or even years. Scientists say humans cannot be infected.

Where does the disease come from?

The virus is a warthog disease from Africa. The first diagnosis dates back to 1910 when the British occupied Kenya. The British brought many domestic European pigs to eastern Africa. The large herds were an ideal breeding ground for the virus. African farmers repeatedly faced outbreaks over the course of the last century. In 2007, African swine fever made it to the Caucasus when a cargo ship disposed garbage, containing meat on shore in the Georgian harbor city of Poti. Wild boar probably found the garbage and got infected. 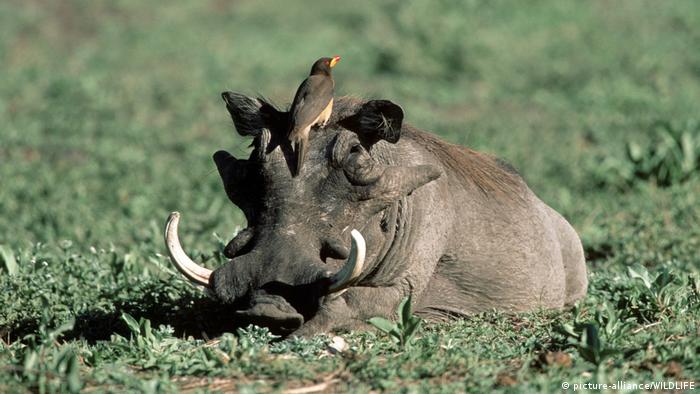 Initially, African swine fever was only found in warthogs

From there it spread within a few years via Russia to the wild boar populations of the Baltic States, Poland and other Eastern European countries. The cases in Belgium were the first to be reported west of the river Oder.

As the infection rate is relatively low, and only a few animals per population get sick, not all wild boars are dead. Such conditions make it harder for a virus to spread — a contagious disease will often break down quickly if there are only few infections and a high death rate.

But this particular virus can survive for long periods in humid and cool environments. That's why infections happen again and again. Wild boars get infected while digging for acorns in the ground, or when they come into contact with cadavers that may have been lying there for some time.

How does the virus spread?

In Africa, leather ticks transmit the virus. In Europe, transmission is mainly caused by the importation of infected pigs, infected meat or sausages or by poor hygiene. Wild pigs play only a minor role in the spread of the disease. And as there is no vaccine against African swine fever, it is difficult to control.

More about visuses: Using lemon juice against vomiting and diarrhea 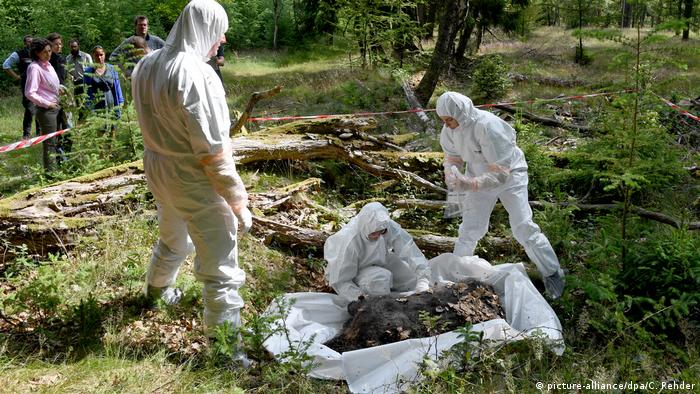 What can be done to stop the spread of the disease?

The most important thing you can do:

PLACE ALL MEAT LEFTOVERS IN A DOMESTIC GARBAGE BIN!!! (Excuse us for shouting, but... it's kind of important!)

The greatest risk factor in the spread of African swine fever is humans. The experience from the Baltic States shows that once the virus is present, you cannot get rid of it. It is important that infected and already deceased animals are discovered as fast as possible. Then there may be a chance to stop the further spread of the disease by fencing in affected areas.

Border fences against African swine fever, on the other hand, are considered less sensible by experts. The animals are extremely clever and may still get around them. Fencing off hundreds of kilometers with pig-tight fences is practically impossible. The German-Danish border may be an exception, because it is relatively short. For pig farmers, strict hygiene is the only way to protect their animals.

Read more: Germs at the airport: A hotbed for viruses