Berlin is set to drop rules regulating the time of the year when hunters can shoot wild boars. The government hopes to prevent the spread of a virus that can be devastating to livestock populations. 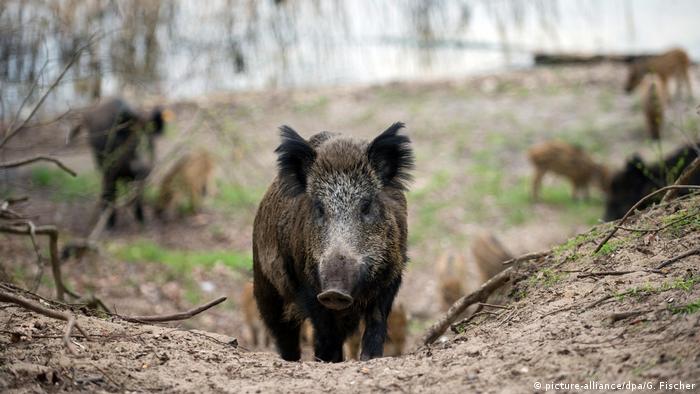 Germany's federal government introduced new legislation on Wednesday that would relax regulation on hunting wild boar amidst fears of spreading African swine fever. Until now, the season for hunting boar was restricted to between mid-June and the end of January. But the new bill, which is expected to be approved, would allow year-round boar hunting.

The African swine fever reached the European continent in 2007 but has yet to reach Germany. The German farmers' association warned that it could easily cross the border from Poland and the Czech Republic.

While this particular strain of the virus does not harm humans, it can kill pigs in less than a week. African swine fever is a huge risk to Germany's lucrative pork industry, considering Germans consume about 50 kilograms (110 pounds) of pig products per person per year, according to market research firm Statista.

Berlin hopes that reducing the wild boar population will help prevent the spread of the disease. To that end, Agriculture Minister Christian Schmidt announced in parliament on Wednesday that Germans should eat more goulash:

The disease is so contagious that a scrap of infected meat scavenged by a wild boar could kill huge populations of pigs. There is no known way of immunizing livestock against the disease.

A three-year-old girl and a 51-year-old man have died of influenza infection in Goettingen. In both cases, the swine flu virus H1N1 was confirmed. But health officials said on Monday that there was "no need to panic." (03.01.2011)

Swine flu deaths on the rise in the UK

The swine flu virus which became a global pandemic in 2009 has already taken 24 lives in the UK this winter. High risk groups across Europe are being warned that H1N1 is likely to reach the continent. (24.12.2010)