Lemon juice could help patients with Norovirus infections fight off the painful and unpleasant disease, researchers from Heidelberg found. It could also be a good disinfectant during a Norovirus epidemic. 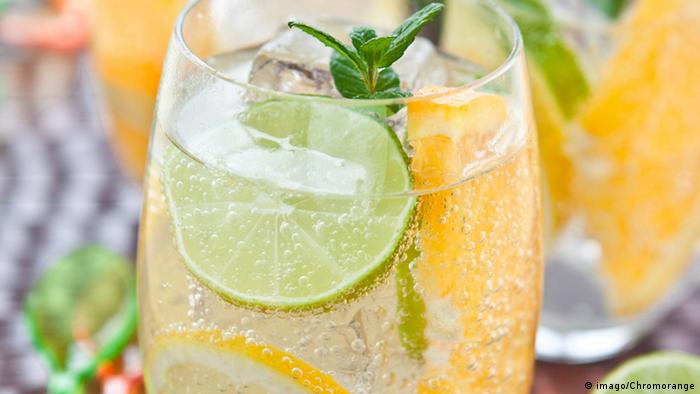 The Norovirus is highly infective, and spreads even faster during an epidemic. Although it's rarely fatal, the symptoms are disgusting, painful and unpleasant. In addition to flu-like symptoms, the infections usually include stomach pains, diarrhea, nausea and vomiting. Small children suffer more often and more severely than adults.

So far, there is no treatment for a Norovirus infection. "When you go to any hospital and they detect a Norovirus in your system, there is little you can do. You just have to suffer. That's all you can do," says Dr. Grant Hansman. He is a virologist leading a Norovirus research group at the German Center for Cancer Research DKFZ in Heidelberg. 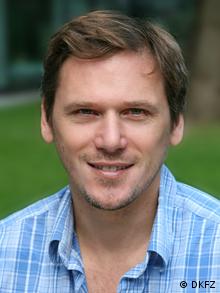 Even a visit to the doctor is not necessarily wise when your fever still is moderate to high. Going out would only help the virus spread further. But now there may be a simple and safe way to prevent or tackle the infection: lemon juice.

Preventing the Virus from binding to the cell

Hansman and his colleagues found that citric acid - or the citrate molecule - may be able to keep the virus and the cell apart.

"The citrate molecule binds to the norovirus capsid - the virus particle," the virologist explained. That particle normally binds to the cell-binding receptor side, but if that capsid is already occupied with the citrate, it can not connect to the cell. "This might prevent the virus from binding to cells," Hansman says.

Citric acid is an age old substance; the Norovirus was discovered 40 years ago. Why, then, did it take so long to discover the antiviral properties of citrate? The answer is simple: Scientists had not yet found a way to replicate Norovirus in cell cultures. 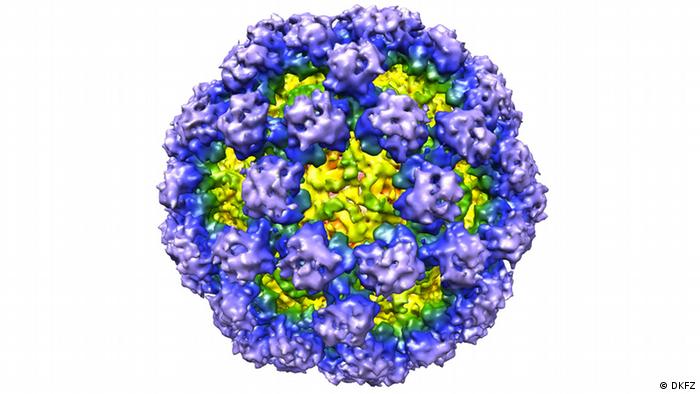 Citrate binds to the cpasid on the surface of the Norovirus - preventing it from binding to the cell.

Nobody ever watched a Norovirus replicating

Hansman had to find a way around it: he used the virus like a particle. "Those are synthetic and are grown in insect cells. These are particles, which are the same as the virus. And when we add citrate buffer to these particles, we can see that they are changing their shape and morphology, which - I speculate - is breaking up or opening the particles and making them less pathogenic. The infectivity is lower."

So far, Hansman's discovery has not been tested in medical trials, but those could be done fairly quickly and easily, he hopes. "A simple experiment would be: If there is an outbreak of Norovirus - and sometimes there are 1000 people infected - If we can get 500 people to take a powder that contains citrate, and 500 people take a placebo without the citrate." Then doctors could measure the onset and the symptoms of the disease, compare the control group to the treated group and see, if there is a reduction in symptoms. 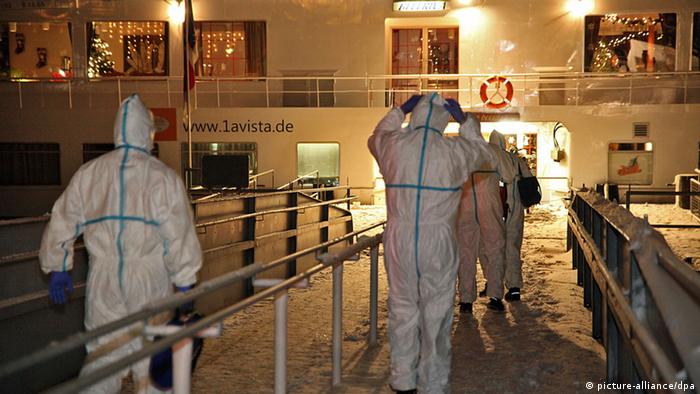 Lemon juice will not harm you - but it may help!

And what would the virologist do, if he felt queasy tomorrow? "I would definitely drink lemon juice if I had a Norovirus infection," Hansman says. "And in fact I did: A few years back I had an infection, and I knew about citrate, because I had been studying it. And I drank three glasses of lime juice. I squeezed fresh lime into water. I may be a bit biased, but it reduced my symptoms to a state, where I wasn't feeling that I wanted to vomit anymore." But he stresses, more research is needed to confirm all this - of course with a control group.

Trying it yourself is not very dangerous: Lemon juice has played a role in cleaning surfaces and disinfecting food for generations, even centuries. It's just that nobody knew what the precise mechanisms were at the molecular level. Today there are Kleenex tissues on the market containing citrate, and people in the Levant region of the Middle East have been washing their hands with lemon juice before and after meals for generations. 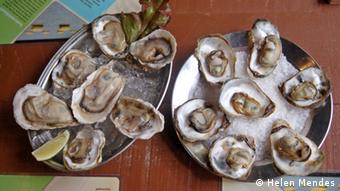 A quater lemon is hardly enough. Better soak the oysters in lemon Juice!

Beware of oysters and shellfish

Hansman especially recommends using lemon juice on oysters and shellfish before eating. "Shellfish accumulate a lot of viruses and there are numerous reports that there are outbreaks from eating contaminated shellfish." The virus gets into the food through wastewater. Often it is possible to detect viruses, even after the sewage treatment process in a lot of facilities. "Also, boiling the shellfish is not actually deactivating the virus," Hansman warns. "I would definitely be using a lot of lemon juice on some oysters or shellfish from some countries."

Studying the effects of citrate on Noroviruses is just the beginning of a whole new field of research. It is too early to say yet, but future research could show that citrate could also work against other forms of viruses affecting the stomach and intestines - like the Rotaviruses. Hansman is optimistic: "Rotavirus has a very similar binding ligand on the cell. We are trying to investigate if citrate might also be a universal broad spectrum natural antiviral."

The researcher stresses, that citrate may not be called an antiviral drug just yet, but he looks forward: "Considering that citrate is harmless, it could almost go into a pre-clinical trial, or a small clinical trail - like phase 1." And if the results of the study confirm the initial findings: if you feel queasy, maybe you shouldn't look at the pharmacy, but at the grocery store.

A food poisoning outbreak that has seen more than 11,000 German schoolchildren taken ill with diarrhea and vomiting has been blamed on strawberries. (06.10.2012)

Thousands of German schoolchildren have fallen ill with a vomiting and diarrhea bug. Officials are still awaiting laboratory results, but the norovirus has been found in some cases. (29.09.2012)