Thousands of German schoolchildren have fallen ill with a vomiting and diarrhea bug. Officials are still awaiting laboratory results, but the norovirus has been found in some cases. 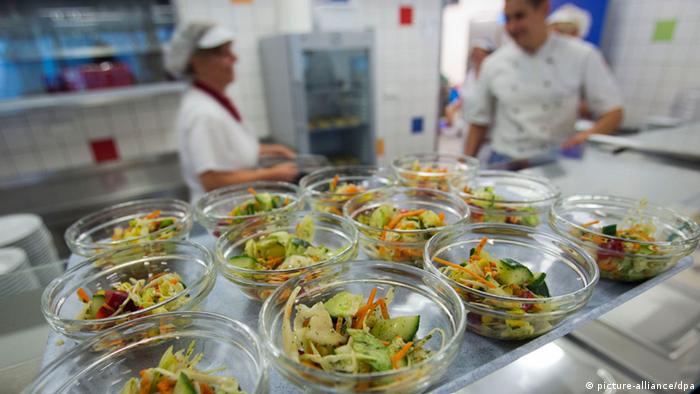 More than 8,300 preschoolers and schoolchildren in eastern Germany, as well as a few teachers, have fallen ill with gastroenteritis after eating food in school cafeterias and daycare centres.

Laboratory investigations have been under way over the weekend to determine the cause of the outbreak.

In Saxony, at least 16 cases of the highly contagious norovirus were found, while in Thuringia, seven cases of norovirus were discovered. Norovirus is a mostly food or water-borne illness.

Whether the norovirus is the main source of the outbreak, however, remains unclear.

Health authorities say it is still too early to determine the definitive cause of the epidemic.

"We still do not know what the cause is," said a spokesman for the Ministry of Social Affairs in Dresden.

The number of illnesses has been rising since the initial reports surfaced on Tuesday, affecting the areas of Saxony, Thuringia, Berlin, Brandenburg and Saxony-Anhalt.

Health officials in Berlin said the illnesses are moderate and that most are recovering within two days without needing to be hospitalized.

The Robert Koch Institute, which advises the German health ministry, said on Friday that all of the affected facilities are believed to have been supplied by a single supplier.

The food supplier Sodexo, meanwhile, has said it does not believe it is responsible for the disease.