A food poisoning outbreak that has seen more than 11,000 German schoolchildren taken ill with diarrhea and vomiting has been blamed on strawberries. 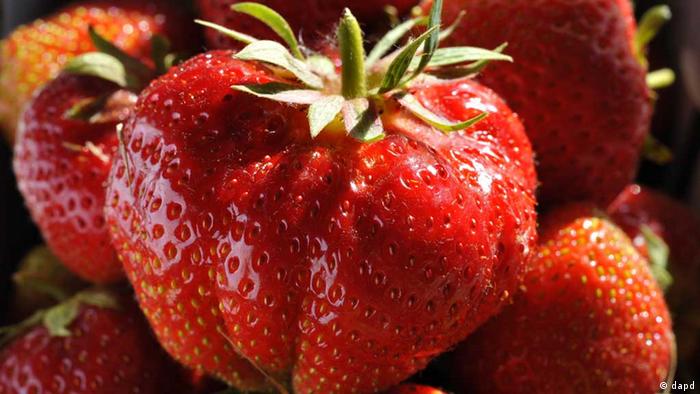 Deep-frozen strawberries were on Friday identified as the likely cause of a mass food poisoning that has affected children and teenagers in almost 500 schools and day care centers in eastern Germany.

The Robert Koch Institute, which advises German authorities on infectious diseases, said it had found a "strong and statistically significant link" between the outbreak and "consumption of products made from a batch of frozen strawberries."

According to the latest figures, some 11,200 people have so far fallen ill, mainly children and teenagers.

"We have made a big step forward in the investigations," said Ministry of Food, Agriculture and Consumer Protection spokesman Holger Eichele.

For most of those who fall ill, the symptoms appear to be relatively mild cases of vomiting and diarrhea, but 32 patients - mostly in the state of Brandenburg - have been hospitalized.

In a joint statement with a government task force set up by the government and affected states, the Robert Koch Institute said most of the patients had been infected with noroviruses.

The schools and kindergartens affected received food from a subcontractor of the catering firm Sodexo, which has said it will compensate victims.