China has culled more than a million pigs amid a major swine fever epidemic. The price of pork has surged as a result, and the effect has been felt on global markets. 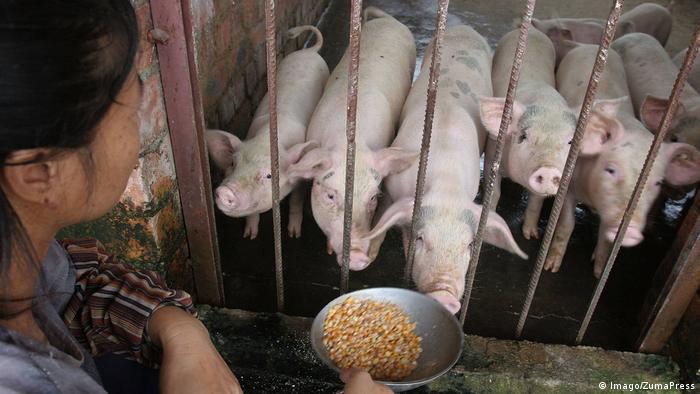 The cost of pork more than doubled last month amid a widespread outbreak of African swine fever, which has resulted in a vast culling of the country's pigs and disrupted supplies of the staple meat.

To meet demand, Beijing has increased pork imports, with shipments from the European Union up 37% between January and April, according to European Commission figures.

The crisis has also sent prices of other sources of protein — such as beef, lamb and eggs — up as consumers switch from the costly pork.

More than a million pigs have been culled due to the outbreak, according to official statistics, but that is widely considered to be an underestimate.

China last week launched a plan to restore pork production to pre-swine fever levels by 2021, freeing up as much land as possible for hog production, including zones designated pig-free for environmental reasons.

The country's CPI came in at 4.5% for November, up from 3.8% in October and the highest rate since January 2012, according to the National Bureau of Statistics.

The president of the World Organization for Animal Health has called it the "biggest threat to any commercial livestock of our generation." The global price of pork and pig-based products is expected to skyrocket. (31.10.2019)

A 50% collapse in Chinese pork production due to the swine fever epidemic could prompt price rises for schnitzel in Europe. A bidding war with the world's largest consumer of pork products is now underway. (30.11.2019)

If planet Earth had just five pigs, three would be in China. So the spread of a deadly swine disease there is especially worrying. Will facial recognition software help stop African swine fever? We have asked a vet. (28.02.2019)

Prices for pork have never been lower. Down by over 50%. Now farmers are pressuring powerful supermarket chains to buy German, and respect their produce.