A 50% collapse in Chinese pork production due to the swine fever epidemic could prompt price rises for schnitzel in Europe. A bidding war with the world's largest consumer of pork products is now underway. 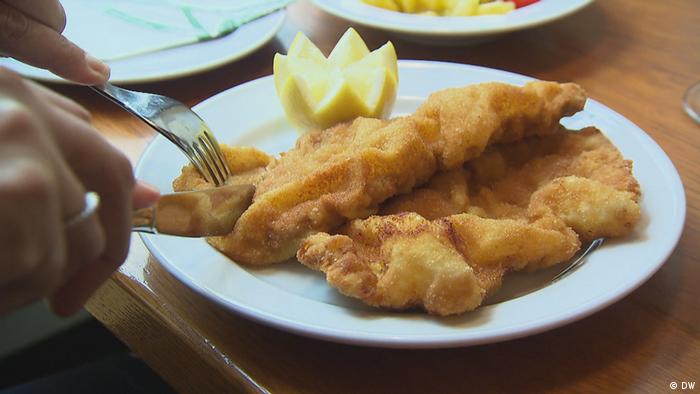 Germany's BVDF meat industry association on Saturday sounded a "schnitzel alarm" as farmers and food producers struggled to deal with the impact of widespread outbreaks of African swine fever in China.

Although there has yet to be a case in Germany, and the fever is harmless to humans, the BVDF said consumers must prepare for significant price hikes for bacon, sausages and even Schnitzel — breaded and fried pork cutlets.

Dhem said that European producers have yet to pass on the tripling in price of many pork products, including fatback and pork shoulder, due to an ultracompetitive market.

She added that the crisis had pushed many German firms to the edge of bankruptcy and that price hikes were now inevitable.

China has culled more than 1 million pigs since the fever first appeared in August 2018, although some experts think the official figures have been vastly underestimated.

In an attempt to contain price rises for consumers, China is on course to more than double imports of pork products to over 3 million tons by the end of the year, according to government estimates.

"The Chinese are buying what they can on the world market," market analyst Tim Koch told Bild. He predicted that the epidemic would hit global prices for several years.

Shipments of pork products from the European Union to China rose 37% between January and April, according to European Commission figures.

China has also lifted import restrictions on American poultry products imposed five years ago due to an outbreak of avian flu.

Pork prices have already reached record highs in China, although the release of strategic reserves of frozen products have helped to stabilize prices.

The boar carcasses were found in a forest-covered area, away from farms, officials said.

Two Leipzig day care centers have reversed moves to remove pork from the menu after the plans sparked a nationwide debate. The response prompted police to patrol outside the centers to protect against "possible dangers." (23.07.2019)