US attack on press freedom gains supporters | World | Breaking news and perspectives from around the globe | DW | 01.06.2020 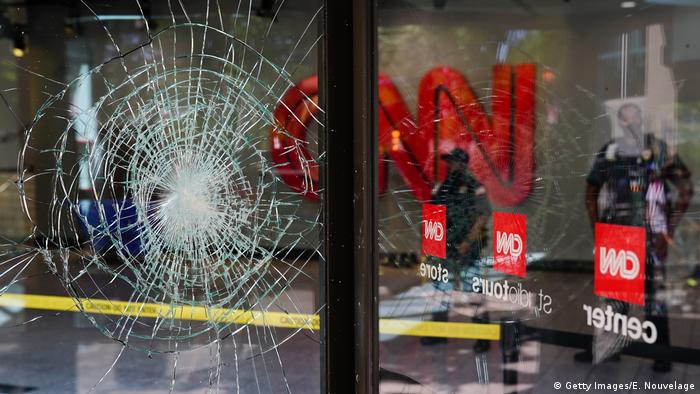 Democracy is in danger, and it is not at all a hidden danger: Freedom of the press is being constrained across the world, and Western democratic states are among those doing it — even if, unlike authoritarian regimes, their governments seldom get their hands dirty in the process.

In the United States and Brazil, there are no gagging orders or obvious state censorship. Instead, presidents Donald Trump and Jair Bolsonaro incite social division and violence by spreading fake news and employing rhetoric that is hostile to the media.

This dangerous development can be seen not only in these two major countries on the American continent, but also in European states, including Malta, Montenegro, Slovakia, Poland, Hungary, the United Kingdom, the Czech Republic and Italy.

Media as the enemy

"Trump demonizes the media and depicts them clearly as the enemy," Christian Mihr, the director of the German section of Reporters Without Borders (RSF), told DW. "In the past few days, we have recorded altogether 68 attacks on journalists in the United States." 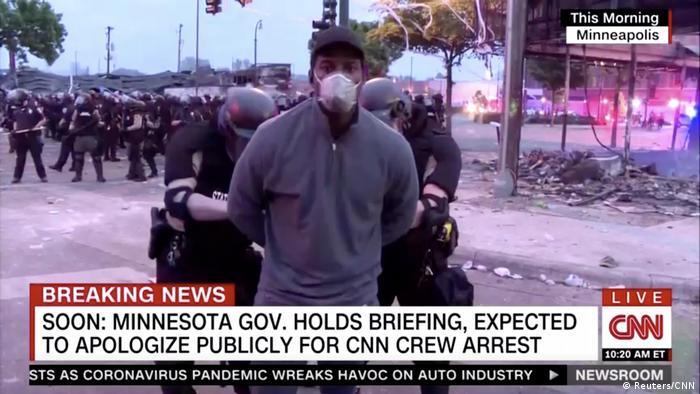 If this figure is combined with the 26 other attacks on representatives of the press documented on the online platform US Press Freedom Tracker, it means there have been 94 cases of such violence in the US alone since the start of the year.

Mihr said he saw this development coming. "Media are perceived as part of a supposed 'system.' This perception is very deliberately encouraged by populist presidents like Trump and Bolsonaro," he said. According to Mihr, these two leaders want to show that they can defy this "system" and govern despite it.

Over the weekend, during protests against the police murder of George Floyd, an African American man, a CNN correspondent was arrested while reporting on air. Two employees from the Reuters news agency and a Swedish newspaper correspondent were also injured by rubber bullets, while DW reporter Stefan Simons came under police fire.

In Brazil, major media organizations announced on May 25 that they would be suspending reporting from in front of the presidential residence in Brasilia, the Palacio da Alvorada, because of a lack of security. The TV broadcasters Globo and Bandeirantes, the leading daily Folha de S. Paulo and the news website Metropoles all stated that they would not be sending staff to the official residence any more.

As a reason for the decision, they cited the continued harassment by supporters of the Brazilian president. In one incident, they said, security forces had not intervened to protect journalists when the so-called Bolsonaristas threatened to storm the press area.

Bolsonaro himself insults representatives of the press at regular intervals. When journalists asked him in early May why he had sacked the head of the national police, he yelled at them to "shut their mouths." When, at the end of March, a Bolsonaro supporter accused journalists of "setting the people against the president, Bolsonaro nodded in agreement.

In its 2020 World Press Freedom Index, RSF warns of an increasing risk to media in Bulgaria, Romania, Hungary, Poland, Greece, Croatia, Malta and the United Kingdom. It said that British authorities regularly restricted press freedom, often citing national security as a justification. In 2018, the European Court of Human Rights described the mass surveillance of journalists in the country as a violation of the right to freedom of opinion and the press.

"The way media in Britain are discredited and individual journalists are vilified wholesale often brings Trump to mind," said Mihr from RSF Germany. He said journalists were being excluded from press conferences and that Prime Minister Boris Johnson's rhetoric verged on the "Trumpian."

Corinne Vella, the sister of the investigative journalist Daphne Caruana Galizia, murdered in Malta in 2017, summed up the attacks on media in democratic countries in one sentence: "Journalists do not put themselves at greatest danger when they report from war zones, but when they reveal corruption in their own countries."

In November 2019, at the Coreact conference of the organization Mafia, nein danke! ("Mafia, no thanks!")in Berlin, Vella described it as a security risk for all Europe if journalists no longer felt safe in an EU member country.

Christian Mihr is worried that Trump could exploit the fear of riots to promote his election campaign. He said that is why the US president and leading Republicans are very restrained in their condemnation of police violence. "It sounds cynical, but in the short run, the violence could be welcome to Trump," he said.

Foreign Minister Heiko Maas hopes peaceful protests against police brutality in the US will make a difference. Anti-racism rallies have also arisen in Germany and around the world. (02.06.2020)