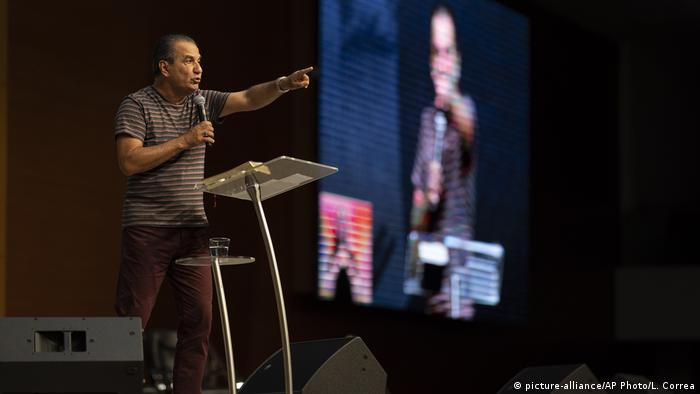 The coronavirus is divine punishment, according to Valdemiro Santiago, head of the Universal Church of God's Power. And in a recent video, Pastor Edir Macedo called the COVID-19 pandemic Satan's work, claiming incorrectly that the virus was powerless against those who were not afraid of it. Macedo is the founder of the powerful Universal Church of the Kingdom of God (IURD), a worldwide network of evangelical churches. The multimillionaire also owns one of Brazil's most influential television channels.

But the loudest voice in the crowd over the past couple of weeks has been that of Pastor Silas Malafaia, who is considered by many to be President Jair Bolsonaro's spiritual teacher. Like Bolsonaro, the leader of the Assembly of God Victory in Christ Church is extremely critical of the current economic shutdown.

"Will the coronavirus kill people? Yes, but even more people will die if there is social disorder. Churches are essential for those desperate, fearful and depressed people who have been turned away from hospitals," said Malafaia recently.

Despite bans on public gatherings, many of Brazil's churches have remained open during the crisis. Still, most are empty, forcing evangelical preachers to broadcast online church services from their deserted houses of worship.

"The downturn has hit all of the churches; there has been a huge drop in attendance," said theologian and sociologist Clemir Fernandes. "The more good information people can get in the press, the more conscious they become of the risks. They see the numbers of dead going up."

Beyond its megachurches, Brazil is also home to an endless universe of small congregations. Fernandes said many of those in the country's poorest areas are seeing an increase in attendance. "People aren't being irresponsible. The supermarket is far more crowded than the corner church. They feel safe in church," he said. 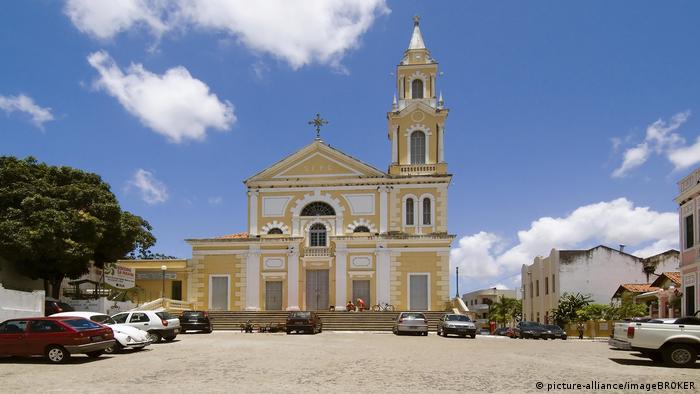 The numbers of Brazil's devout Catholics have been receding, with about one in three people now with other denominations

Occasionally there are reports about pastors downplaying the threat, or seeking to stamp out the virus with God's help. One church in the south of the country even promised it could immunize people against the deadly virus. "But that kind of stuff is just folklore, like a caricature," said Fernandes. "It's certainly not representative of the wider evangelical world."

Read more: Brazil is headed toward a 'perfect storm'

Instead, he said, the opposite is actually the case, with most churches being extremely open to the sciences. "Protestant evangelicals put business and prayer side-by-side every day, and they aren't about to give up either one," he told DW.

Fernandes believes the reason such obscure stories still appear in the news is largely due to the increased attention evangelicals have attracted since Bolsonaro came to power.

Just as evangelical Christians in the US stand behind President Donald Trump, Bolsonaro was the beneficiary of their electoral support in Brazil. And, like Trump, Bolsonaro was quick to downplay the threat posed by the coronavirus pandemic, to trumpet possible miracle drugs and to spread unfounded conspiracy theories — such as the one in which the virus is allegedly a Chinese attack on the West.

Francisco Borba Ribeiro Neto, a professor at the Catholic University of Sao Paulo, thinks the trend is only logical, and said Bolsonaro represents a type of "outsider fundamentalism." He says the idea attracts those who live according to traditional values and feel marginalized by current economic developments. The situation has also brought to life an attendant bogeyman. "Fundamentalists see a world full of dangers and hidden enemies. In it, our only salvation from evil is strict adherence to norms and doctrines. The pandemic only serves to reinforce this terrifying vision of the world," he said.

Borba Neto argues that those who reject social distancing and those who deny climate change share the belief that such issues pose a threat to existing economic structures. Oftentimes, he said, the stance is not even about business, but rather differentiating oneself from one's opponents: "To make them out as some kind of ideological scarecrow, one that is both dangerous and silly."

Religious sociologist Clemir Fernandes believes there is nothing but business calculus behind criticism of the shutdown from evangelicals like Malafaia. "Malafaia's ties to Bolsonaro are like that of any other businessman. He is a religious entrepreneur looking to protect his interests like everyone else," he said.

Still, Fernandes doesn't think downplaying the threat posed by COVID-19 is a sustainable strategy. Like elsewhere in society, Bolsonaro's support among evangelicals has begun to erode — even evangelical parliamentarians. And Fernandes said it's important to remember that there are many doctors and politicians among them who know a thing or two about science.