Opinion: Economy vs. human life is not a moral dilemma

As the coronavirus brings the global economy to a halt, some leaders are seriously suggesting that a few should die so the many can live. Such a suggestion is nothing less than moral bankruptcy, says Martin Gak. 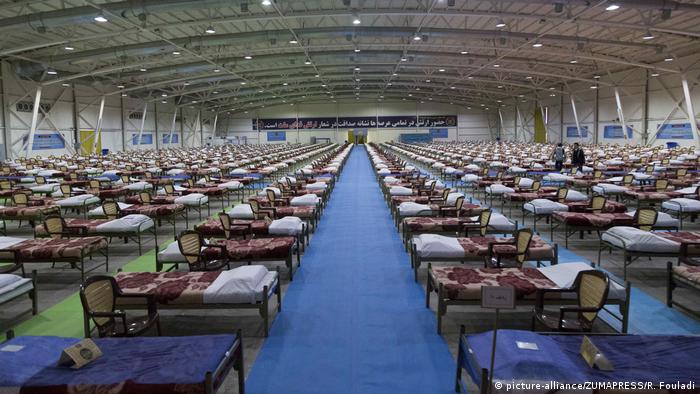 Health workers on the front lines of the global coronavirus pandemic have reported that along with the overwhelming caseload, medical personnel are being forced to make excruciating choices to ensure the survival of patients. For instance, where medical resources like ventilators have become scarce, choosing which of two critically ill patients receives a life-saving resource presents a moral dilemma.

A moral dilemma is a situation in which a person is faced with two mutually exclusive choices and urgent reasons to choose each of them. And in the case of COVID-19, medical personnel are being faced with the moral dilemma of deciding which person lives and which person dies; not choosing will likely result in both patients' deaths. Such a choice ought to hurl a person of conscience into the provinces of terror.

'Open for business' vs. saving lives

On the contrary, choosing between saving human lives and saving business ventures poses no such moral dilemma; lives and money cannot be equated. And yet this kind of zero-sum thinking has never been an impediment to individuals focused on political or financial aspirations no matter the human cost.

In early March, UK Prime Minister Boris Johnson — who on Friday tested positive for the coronavirus — asked the British people to take it "on the chin" and prepare to lose loved ones. These were not merely words of caution; he was stating the implications of his strategy to allow the virus to run unchecked in hopes of gaining "herd immunity" in the UK. The human cost of this sinister equation? Allowing the few to die so that the many could live. Johnson was forced to change course, however, when a model produced by the Imperial College showed that some 260,000 people would have to die so that the rest of the UK could live.

Already last week, US President Donald Trump and his supporters were advocating a considerably darker version of the same equation, saying the American economy could not be allowed to slip even if that meant sacrificing lives. On Monday, three days before the US took over the dubious distinction of becoming the country with the highest number of confirmed COVID-19 cases, Trump — contradicting health experts' strong recommendations — claimed during his White House press conference on coronavirus that "America will again and soon be open for business."

A new age of human sacrifices

Steve Hilton — an erstwhile advisor to UK former Prime Minister David Cameron — initiated just such a talking point on Fox News: "You know that famous phrase, 'the cure is worse than the disease'? You think it's just the coronavirus that kills people? This total economic shutdown will kill people.”

Texas Lieutenant Governor Dan Patrick then suggested, again on Fox News, that the elderly would be willing to die in order to save the economy for the young. He stated that, as a senior citizen, he himself would be "all in" given the choice. Patrick's message was repeated and amplified by other commentators on Fox and other conservative media, turning what should have been a lonely voice of grotesque political malevolence into a Republican talking point. The implication was clear: the virus demanded human blood, and the elderly would be a fit offering. 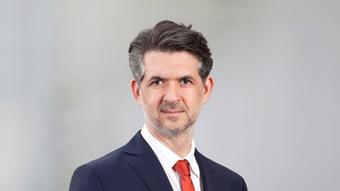 Don't worry, just 'under 1%' are expendable

Trump said on Monday that while ”the whole concept of death is terrible… there's a tremendous difference between something under 1% and 4 or 5 or even 3%."

The figure that the president gave is at odds with most of those offered by the scientific community — but that is entirely besides the point. "One percent" is just one more euphemism in the long list of sinister abstractions that have been used by the most malevolent political forces in recent history to dehumanize those who the politics of inhumanity have condemned to death.

Do we really need to say that hiding behind statistics and abstract concepts are human beings? The "one percent" is the elderly father of a friend who dies alone somewhere in Tuscany. It is the grandmother who sits alone in her apartment in Tehran, giving up hope of seeing her grandchildren again, waiting for death to take her. It is the young woman in New Jersey, who suffers from asthma and whose toddler son will grow up without a mother. Is it still necessary in 2020 to say these things? Have we not learned in hellish political nightmares that any death is always the death of a father or a mother, a son or a daughter, the death of a human being?

What all these arguments have in common is the assertion that there is a part of humanity that is disposable: That we can do away with the elderly, the infirmed, the unproductive, the socially and economically unfit. That is no exaggerated interpretation. The plan was best put by Jeremy Warner, none less than the associate editor and financial columnist of PM Johnson's former employer, The Telegraph: "From an entirely disinterested economic perspective, the COVID-19 might even prove mildly beneficial in the long term by disproportionately culling elderly dependents."

There are various ways to explain how certain political systems and their accomplices in the media have sunk into the dark waters of advocating the cull of our siblings, our parents, our grandparents, our children or our friends. But at this crucial hour of human history, those explanations are less important than asking a few key ethical questions: What are the moral intuitions that the past has taught us and on which we want to build our future politics? Do we truly want to allow our parents to die to secure a profit? Because ultimately, at stake is this: Who we are the day after the pandemic will largely depend on the choices we have made as a society during this crisis.

Coronavirus and ethics: 'Act so that most people survive'

Medics want to provide the best possible care for all coronavirus patients. But what if there simply aren’t enough ventilators or intensive care beds? DW put these questions to medical ethicist Prof. Dr. Georg Marckmann. (24.03.2020)

US to ease visa, family remittance restrictions for Cuba 5h ago