The coronavirus economy: Switching production for the greater good | Business | Economy and finance news from a German perspective | DW | 20.03.2020

As the global COVID-19 pandemic worsens, businesses across the globe are being forced to dramatically change operations both to stay afloat and to do some wider good for a stricken society. 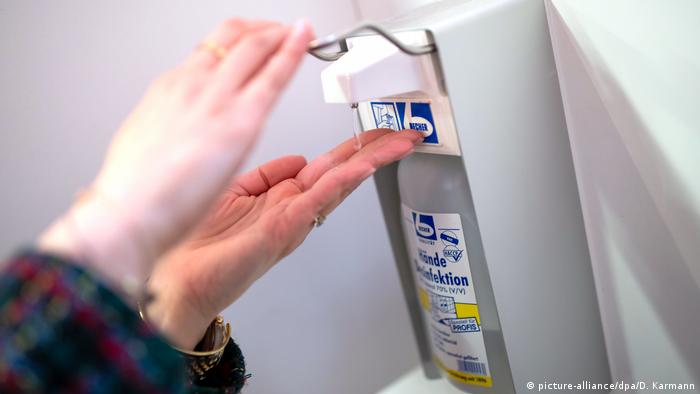 As we are all learning every day, things move fast in a global pandemic.

It's not very long ago since Bronagh Conlon was toasting her newly expanded Listoke Gin Distillery and Gin School in County Louth, on Ireland's east coast.

"There's certainly a gin in every country, if there's not a gin in nearly every town. It's really buzzing," she said back in 2018 of the growing industry.

But the coronavirus pandemic has changed everything for businesses like Conlon's. A global shortage of alcohol-based hand sanitizer, in the wake of repeated warnings by health experts about the need for better hand hygiene to stem the pandemic, gave her the idea to have the distillery make sanitizer instead of gin for a while.

"We are using the normal ingredients that can go into gin to make hand sanitizer," she told RTÉ Radio. "So it is not new. The WHO recommendation is that hand sanitizers need to have over 60% of alcohol to be effective against the coronavirus so that is why we said we could try and do something different."

Distillers like Listoke have pretty much all that they need to switch from making alcohol-based drinks to sanitizers, although Conlon says she is looking for a bottling and labeling company to assist. Originally, she just made a few bottles for herself but when she realized the scale of the shortage elsewhere, the company moved to full production.

"The motivation isn't to make money, the motivation is we can actually do something to make a difference at a time when we are in uncharted waters," she said. The company has already donated many of the bottles to charities, nursing homes and emergency services.

Much larger players than Listoke have realized the need to diversify in the face of the pandemic.

Irish Distillers, the spirits giant behind brands such as Jameson, has followed in the footsteps of Listoke and on Thursday announced it would start producing hand sanitizer. It will supply the gel for free to the Health Service Executive of Ireland.

French company Pernod Ricard, the world's second-largest wine and spirits seller, has made a similar move. It says it will provide stocks of isopropyl alcohol to antibacterial liquid or gel producers, as there is currently a global shortage of that vital ingredient.

"We have been mobilizing and looking at how we can supply our 96 proof alcohol to partners to produce sanitizing gel," a spokesman for the company said.

It's not just distillers who are making big changes. French luxury goods company LVMH, known especially for its Louis Vuitton and Dior ranges, announced last week that it would also begin producing sanitizing gels on its perfume production lines and donate them to hospitals.

It is on track to donate 12 tons of the hand sanitizing gel to the 39 hospitals of Paris by the end of this week.

Polish oil group Orlen has made a similar switch, moving into sanitizer production after it retooled the divisions that normally makes windscreen wiper fluid. 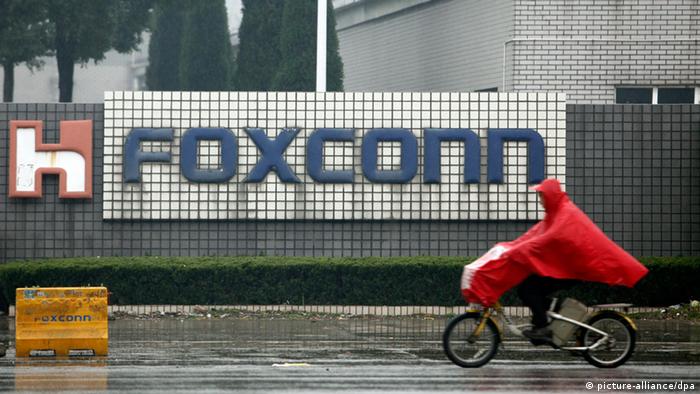 Foxconn is known for assembling iPhones, but now it's also producing face masks urgently needed to curb the pandemic

The term "war economy" refers to how a country's economic model, production capacity and distribution dramatically switches during a war to meet the unique needs of the time.

Governments around the world have already put their economies on something like a war footing with massive emergency stimulus and loan packages. "The world is de facto at war," was the blunt assessment of Olivier Blanchard, a former chief economist for the IMF.

In that context, it is inevitable that many more companies will find themselves switching their production from goods not needed in a time of crisis to those desperately needed, if it possible for them to do so.

Complexity of switching to medical manufacturing

While many things are needed now more than over, it is the supply of medical goods that is most urgent as hospital resources become increasingly stretched due to the raft of COVID-19 hospitalizations.

China's Foxconn normally puts iPhones together for Apple but it, along with several carmakers in the country, started making face masks as the crisis peaked in the country.

But the process of switching entire production lines to make new items is hardly a smooth one. While a gin-to-sanitizer change can be quickly instituted, making most medical products requires very specific needs to be met in a hurry.

"What you first have to have is a really granular understanding of what kind of assets are required for this new product: what kind of equipment and what kind of competencies [among workers]," Thierry Heinzmann, an expert on advanced manufacturing and production at the World Economic Forum (WEF), told Quartz. "If the gap is too far, you will not be able to bridge it."

Manufacturing heavyweights have a huge advantage

Among the added complications for making medical equipment are strict standards of certification, the need for a supply chain of very specific components and of course, the worker expertise needed to put them together.

One example where it worked well was Shanghai General Motors, which was able to produce face masks quickly because one of its car interior suppliers also made medical-grade textiles. The company also met the safety standards needed to manufacture medical masks.

However, more complex manufacturing processes are required to make medical machines such as ventilators, now in huge demand in intensive car units around the world.

Italy was forced recently to get its armed forces to assist the country's only ventilator manufacturer, Siare Engineering, to quadruple monthly production. Germany, the country with by far the strongest industrial and manufacturing base in Europe, was in the fortunate position of simply being able to order an additional 10,000 ventilators from a domestic supplier.

That supplier, Lübeck-based Drägerwerk AG, is one of the world's leading producers of ventilators. It said the order for 10,000 new machines would be spread out over the rest of the year. It will also make personal protection equipment for hospital workers.