Reporting on the coronavirus: Egypt muzzles critical journalists | Middle East | News and analysis of events in the Arab world | DW | 03.04.2020

Reporting on the COVID-19 pandemic has become increasingly difficult in Egypt, a country that has criminalized spreading "false news" about the disease and where officials have accused journalists of "spreading panic." 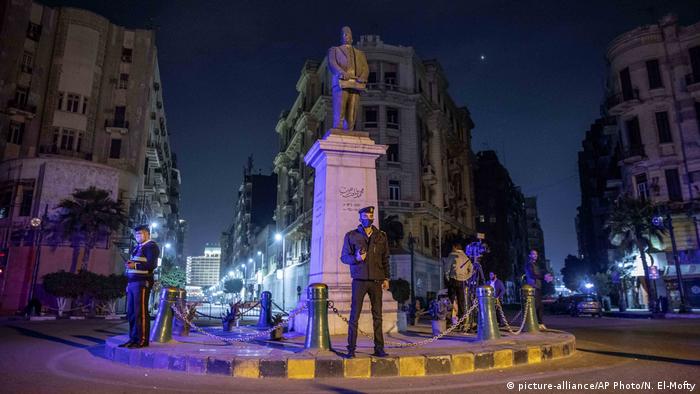 Even as Egypt's coronavirus infection rate has continued to climb, the country has cracked down on journalists at a time when reporting on COVID-19 is crucial for maintaining public health.

The Arab world's most populous nation currently has 865 cases according to the country's Health Ministry. The infection rate is rising daily, a steady and ominous climb since the first case was discovered in mid-February. The head of the Egyptian cabinet's Crisis Management Chamber said the country will soon break 1,000 cases as it likely enters the community transmission stage, making infection harder to control.

Yet public information about the disease remains limited, as the Egyptian authorities have prioritized appearing in control of the problem over transparency. The government has enforced a night-time curfew, banned large public gatherings, disinfected streets and public places, shuttered houses of worship and schools and attempted to reduce daily crowding on the Cairo metro.

But limited information about testing and potentially higher numbers of those infected remains, in addition to a crackdown on anyone the authorities say is spreading "false news," or additional information about COVID-19.

A spike in cases

By early March, the number of foreign tourists leaving Egypt but testing positive for the novel coronavirus on return home spiked, with at least 97 cases according to news reports and public health data. An outbreak cluster quickly became apparent in Luxor — a popular tourist destination, including for Nile River cruises — where the number of cases quickly jumped after 45 passengers and staff on board one cruiser were quarantined on March 6. Days later, Egypt declared its first death from COVID-19 when a German tourist transported from Luxor to Hurghada died of the virus in hospital. The US Centers for Disease Control later said it tracked "at least 60 cases in 15 states associated with multiple Nile River voyages in Egypt."

There was a clear disparity between the number of tourists leaving Egypt and the country's official infection rate, which at the time peaked at 126 in mid-March. When I interviewed scientists based at the University of Toronto and published their findings as part of a reporton how Egypt likely has a higher infection rate than official figures, there was little prior suggestion that discussing a scientific model would prove so controversial.

The scientists used epidemiological modeling to estimate that in early March, when Egypt officially had just three COVID-19 cases, the likely size of the outbreak was between 6,270 and 45,070 cases, with a median of 19,310. They later stressed that they believed the lower figure was probably closer to the true number. Egypt is a nation of 100 million people, with an overwhelmingly young population, meaning that fewer people are likely to display symptoms of the virus. 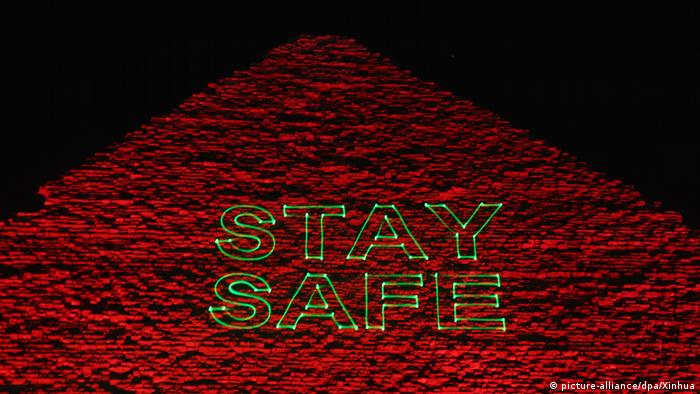 Egyptian authorities have shown little respect for freedom of expression

The report proved explosive, with Egypt's health ministry labeling it "a complete disgrace to health." A campaign of nationalist trolls attacked The Guardian and the scientists online, before the Egyptian State Information Service revoked my press accreditation and the Egyptian security services demanded my immediate expulsion from Egypt. Officials were furious at the scientists, and accused me of "spreading panic," for citing the scientists' report, later publishedin the medical journal The Lancet.

The importance of data

Authoritarian regimes across the world have treated as blasphemous the suggestion of a higher infection rate than the official numbers issued by governments, even though there are often benevolent or even legitimate reasons for the discrepancy.

Dr. Ahmed Al Mandhari, director for the Eastern Mediterranean region of the World Health Organization (WHO), said at a press conference on March 18 that "the nature of this virus affects people differently: The majority of people experience mild cases and do not seek medical care, while other have more severe cases and seek medical care. As a result, it is almost entirely the severe cases that are captured in disease surveillance systems."

He added: "But it is probable that in all the countries in the world, there are many mild cases that are not identified. As a result, we can say that there may be an underestimation of the cases; this is an issue for almost all countries, even those with developed health systems." 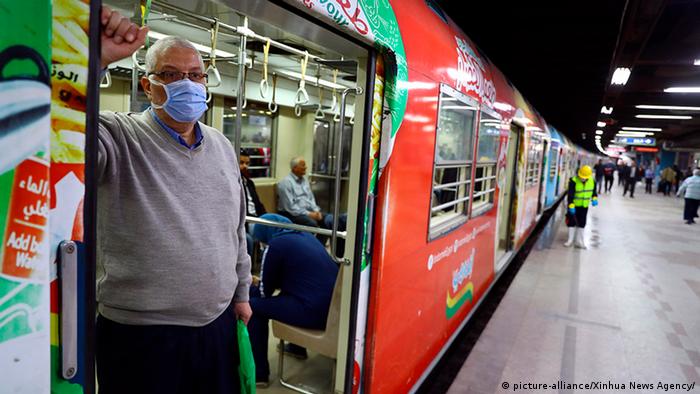 Globally, the key piece of information for all countries remains the number of people tested for COVID-19, the linchpin to a more accurate infection rates and expanded public health.

At a press conference on March 18, Jean Yaacoub Jabbour who heads the WHO office in Cairo, declared that Egypt had tested 3,015 cases, a relatively small number for a population of 100 million people. Egypt's health minister, Hala Zayed, stated just a week later that the country had conducted 25,000 tests. The country has continued to adopt a policy of only testing cases that meet specific symptomatic criteria, even though a technical mission from the WHO declared in March that the country now has the capacity to test 200,000 cases.

A backlash on reporting

Egypt is notorious for its lack of press freedom, which currently ranks 163 out of 180 countries on the Reporters Sans Frontieres World Press Freedom Index. As the number of COVID-19 cases has risen, so have the numbers of those arrested for allegedly spreading "false news" about COVID-19.

On March 20, "there were reports that 15 individuals were arrested for spreading alleged 'false news' about coronavirus and recently we received information of a doctor and a pharmaceutical worker arrested for a Facebook video and posts complaining about the lack of masks," said Rupert Colville, the spokesman for the UN High Commissioner.

"We advise that, rather than sanctioning critical voices through a punitive approach, the Egyptian authorities address disinformation by providing clear, reliable and fact-based information and seek to engage the population, and empower civil society to fight the common threat of the pandemic."

EU to set up a platform for Ukrainian reconstruction — live updates