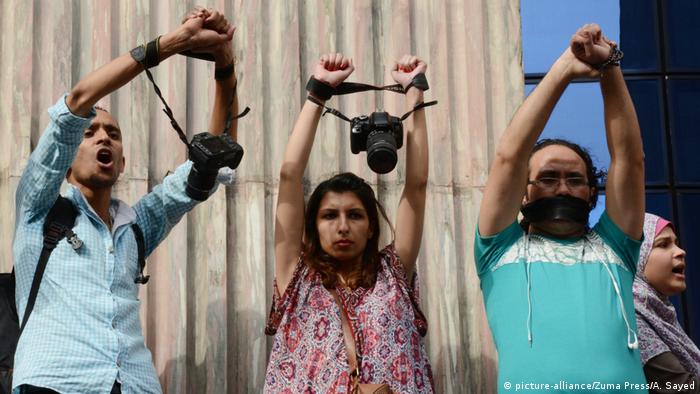 Since 2013, the news portal Mada Masr has been reporting critically in Arabic and English about political and societal topics in Egypt and the Middle East. It is considered the last independent investigative outlet in Egypt and has long been a thorn in the side of President Abdel Fattah el-Sissi's government. Access to the website has been blocked in Egypt since 2017, and this summer the country deported an American who worked for the outlet.

Over the weekend, the government raided the outlet's editorial offices in Cairo. At the end of the operation, police arrested the site's editor-in-chief and co-founder, Lina Attalah, as well as the journalists Mohamed Hamama and Rana Mamdouh. The day prior, authorities also detained Mada Masr reporter Shady Zalat. All four were later released.

DW spoke with the journalist Sharif Abdel Kouddous, who has worked at Mada Masr for a year and a half.

DW: You were present when the raids took place. What happened?

Sharif Abdel Kouddous: At about 1:30 p.m., a group of nine plainclothes security agents armed with pistols entered the office by force. They moved in very quickly and aggressively, spread themselves throughout the office. The first thing they did immediately was to confiscate everyone's phones and laptops. They were quite intimidating. When we asked who they were, they refused to answer and became even more agitated.

Three hours passed, with different officers periodically questioning Lina Attalah and Mohamed Hamama. They also questioned two foreign freelancers — an American and a British citizen — and two members of the France 24 TV crew who had come there to interview Lina. At around 4:30 p.m., they asked Lina, Mohamed Hamama and Rana Mamdouh to come out into the hallway, and the officers and took them away. This was really a horrible moment. We had to stand there and watch them being led away, not knowing what fate awaited them. 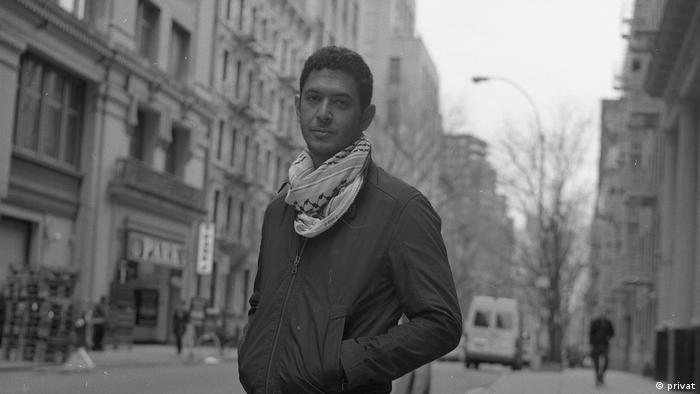 Do you have any idea why they chose them?

Lina is the editor-in-chief and the co-founder, and she told the officers that she was the one responsible. So her selection makes sense. It's unclear why the other two. They're both journalists who cover critical issues, and maybe it's because of what they wrote. But we can only guess.

The raid came in the wake of the largest wave of arrests since President Abdel Fattah el-Sissi formally came to power in 2014. About 4,000 people have been detained since protests broke out at the end of September. Were you and your colleagues expecting something like this?

The work environment has certainly become increasingly hostile in the past few months. We publish not knowing what will happen. We go to our offices not knowing if they'll be raided. We see our more-well-known colleagues worry that they might be arrested. We go home not knowing if we'll wake up in our houses in the morning. This is the kind of atmosphere it's become.

Mada Masr has been operating since 2013, despite being blocked in Egypt since 2017. Why do you think that the government chose to do something now and not earlier?

It's hard to get into their minds as to why we have been allowed to operate. Mada's really the last bastion of critical professional investigative journalism in Egypt, and there is a certain amount of visibility that it has both locally and internationally. I think perhaps the reason it hasn't happened before, an outright raid like this, is because of this visibility — that it's a high political cost for the authorities. We saw this massive response to the arrests and believe that was the reason why they were eventually released.

So you think that outside pressure had an effect and possibly prompted the Egyptian government to change its mind?

We know that every major newswire, every major newspaper were writing pieces. ... The European Commission put out statements. There was this big wave coming at them, and they had to make a political calculation that, if they take someone like Lina Attalah and charge her and start a case against her, whether they'd be able to survive the fallout from that. So, yeah, I think that this moment of solidarity from around the world was invaluable in having all four of our journalists released.

What does that mean for Mada Masr and your work as critical journalists?

This was definitely an unprecedented escalation. We've entered a new stage in how the state treats us. We are meeting and figuring out how to move forward. We don't know what the future holds. But this outpouring of solidarity and support has encouraged us, as well, to continue our work. As a group, we have to figure out exactly how we're going to work — but we're not going to shut up.

What does this incident say about press freedom in Egypt?

It's been widely documented by press freedom groups that Egypt is one of the most hostile places to work as a journalist. It's one of the top jailers of journalists. It seems to be getting increasingly more restrictive. It also comes at a time when the rest of the press is being controlled by the state through acquisition. They own the largest media conglomerates in Egypt and have been buying up newspapers and TV outlets. You get a bunch of newspapers and they have identical headlines. So a place like Mada in this environment becomes increasingly more important because it's one of the few, if not one of the only, places that's doing this kind of real journalism.