Egyptian authorities last week instructed British-German journalist Ruth Michaelson to leave the country after she was summoned by the government accrediting agency due to her coverage of the novel coronavirus outbreak.

Egypt's State Information Services (SIS) challenged her reporting of a study that suggested there were up to 19,000 cases in Egypt although an official tally remained under 200 at the time. DW also covered the study in question, which suggested that the outbreak was severely underreported, likely as a cause of a lack of mass testing.

"This issue of not having tested enough people to have a clear idea of the size of the outbreak is not a problem that is exclusive to Egypt," Michaelson, who also works for DW, said. "But Egypt in their response to this reporting has politicized that problem and it's made it a press freedom issue when it's simply a public health issue."

'One way or another'

Indeed, Egyptian authorities accused her of spreading panic, an allegation that press freedom groups have acknowledged as an attempt to suppress reporting that does not validate the government's official messaging.

Egypt's SIS later revoked her press credentials, effectively preventing her to work as a journalist within the country. Authorities also threatened to revoke press credentials for reporters of other publications over their coverage of the epidemic, including The New York Times. 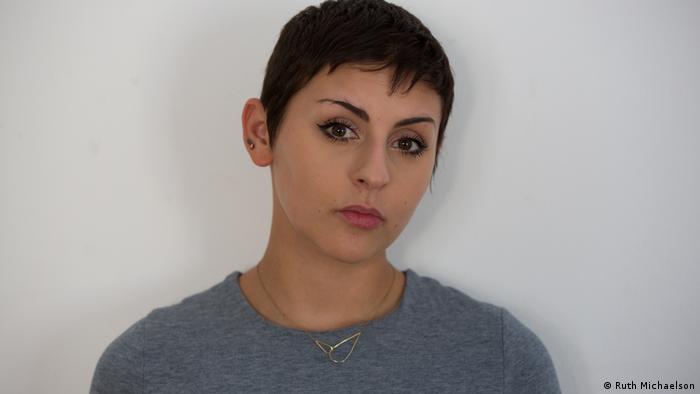 "It was understood by the German embassy — I'm also a German citizen — that this put me at risk of arrest," Michaelson said. "The message was then passed to the British embassy that they wanted me out of the country one way or another. The German embassy then arranged a flight for me to be able to leave."

Press freedom groups have called on Egypt to reverse their decision to expel Michaelson and increase transparency about how the government is dealing with the outbreak.

"Accurate information about the COVID-19 pandemic is of life or death importance to Egyptians and people around the world, and should not be stifled for political convenience," said Sherif Mansour, who coordinates the Committee to Protect Journalists' (CPJ) Middle East and North Africa program.

"Authorities should allow The Guardian's Ruth Michaelson back into the country to continue her vital reporting, and should allow both domestic and foreign journalists to work freely and without fear of arrest or official harassment."

Power to the press

Michaelson isn't the only foreign journalist to be expelled in recent years for covering sensitive issues. British journalist Bel Trew was expelled from Egypt in 2018 after interviewing the relatives of a man who died while attempting to reach European shores in a migrant boat.

But Egyptian journalists ultimately face the brunt of the media crackdown. Faced with little chance to flee to another country, Egyptian journalists that refuse to comply with restrictions are often fined or imprisoned. In November, police raided the Cairo offices of independent news portal Mada Masr, which has provided critical coverage of domestic issues.

Read more: Egypt's Mada Masr: 'We're not going to shut up' after raids

Press freedom watchdog Reporters Without Borders ranked Egypt 163 out of 180 countries globally, saying the country is considered "one of the world's biggest jailers of journalists." Despite the tense environment, Michaelson had an empowering message for fellow journalists in the country.

"I love Egypt, and I believe that reporting there remains extremely important despite the many obstacles," Michaelson said in a tweet. "All power to the many excellent Egyptian and foreign journalists who continue to try."