Coronavirus fuels domestic violence in the Middle East | Middle East | News and analysis of events in the Arab world | DW | 02.04.2020 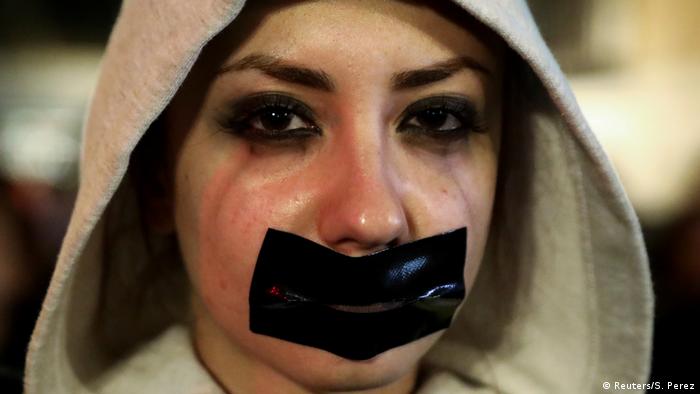 For many women in the Middle East and North Africa, physical violence is a part of everyday life. In countries such as Yemen, Morocco and Egypt, at least a quarter of all married women say their husbands have physically abused them, according to a Princeton University study published last year.

Although nearly half of the countries that make up the Middle East and North Africa region have passed laws to combat domestic violence, they have proven ineffective at tackling the problem and curbing abuse, according to Human Right Watch.

Violence: 'I know nothing else'

Many cases of domestic violence occur in marriage and are seldom limited to a single instance.

"Physical violence has become a part of my life," said Laila, whose name has been changed. "It's as familiar as the air I breathe. I know nothing else."

Laila did not want her name published or her country of origin mentioned for fear of any reprisal from her husband or the wider community. The woman, who is in her 50s, said she married a young distant relative more than 30 years ago and has suffered physical abuse ever since.

"Whenever he beat me, I sought shelter in my parents' house," said Laila. "But to avoid scandal, I kept returning to him."

At times, Laila would return home to find her children — seven daughters and one son — with bruises on their face, arms or back.

She had only found solace in the times that her husband would travel for work, saying it gave her a chance to escape the normality of violence that had become her life. "When my husband was away, it was like a party for me and my children."

But government restrictions to curb the novel coronavirus have meant that her husband no longer takes those work trips and is forced to stay at home.

'Threatened to burn me'

But Laila isn't the only one. Aisha, an Arab woman who was forced to flee from her country to Turkey, said her husband beats her and her children every day. DW has also changed her name to protect her.

"Once, he even threatened to burn me because I refused to have sex with him," she said. 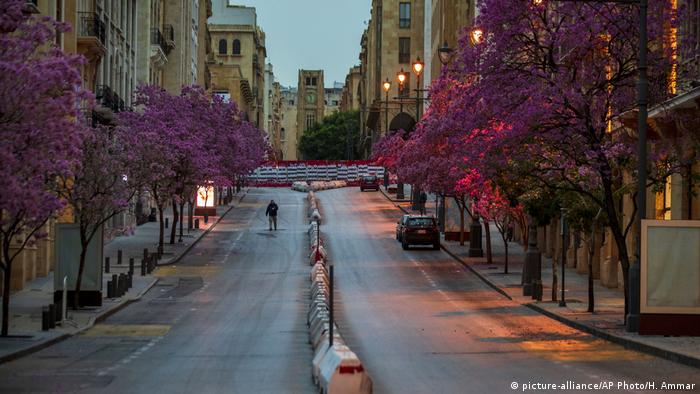 Aisha fears that Turkey could impose further restrictions to curb the coronavirus pandemic, including a curfew. That would prevent her from working and keep her locked indoors with her husband.

"I assume that I would be beaten and harassed even more than I currently am," said Aisha. "I couldn't take it."

Although domestic violence is not unique to the Arab world, it appears especially dire due to patriarchal notions of women's roles, especially at home. Lebanese social worker Rania Suleiman said women face additional pressure as a result of tight-knit family structures and multigenerational living conditions in confined spaces.

"Under these conditions, women are forced to react to the needs of the family to a large extent," Suleiman said. "This means highly stressful situations daily. If they don't meet the demands the way their husband wants them to, they run the risk of being physically abused."

Alaa Aknes, a social worker at an emergency clinic in the Gaza Strip where victims of domestic violence are treated, recommends always carrying official identity documents, having available phone numbers of aid organizations and identifying trusted persons that could help in an emergency.

A young Turkish woman was recently brutally murdered on her way home — one of 430 women killed in 2019 alone. Women's rights organizations are calling for better protection, but the government is doing almost nothing. (09.12.2019)