The death of a young Palestinian woman in a so-called honor killing in the West Bank has sparked protests and calls for justice. Critics say the authorities must do more to ensure women are protected. 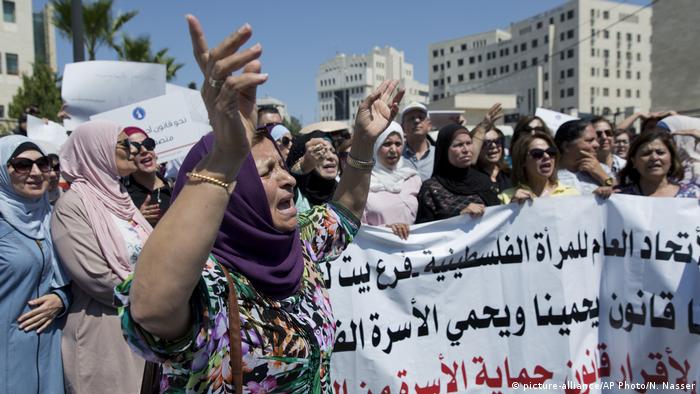 The sense of outrage can be felt on the streets and online. In the wake of the death of Israa Ghrayeb, dozens of Palestinian women demonstrated in Ramallah on Monday.

Ghrayeb, 21, died on August 22 after being severely injured at home two weeks earlier. Activists say she was severely beaten by family members in a so-called honor killing.

Protesters have sharply called into question the circumstances which they say caused her death. They decry the aggressive patriarchal culture and adherence to barbaric traditions as well as the misconception of honor that leads to such murders.

The attack was reportedly sparked by a picture with a man who had recently proposed to her that she posted to photo-sharing platform Instagram. The photo evidently incensed her family so much that they instructed her brother to physically punish her.

When she tried to escape his violence, she fell from the second-floor balcony of her parents' home. According to media reports, she broke her spine. The family says she jumped after being "possessed by demons."

In the hospital, Ghrayeb posted another photograph with her injuries on social media: "I'm strong, and I have the will to live — if I didn't have this willpower, I would have died yesterday," she wrote. "Don't send me messages telling me to be strong, I am strong. May God be the judge of those who oppressed me and hurt me."

'Any woman could be a victim'

After those next posts, her brother, along with other male relatives, reportedly brutally beat her inside the hospital.

According to reports, Ghrayeb's family claimed that they are not responsible for her death, and that their daughter died of a heart attack. The Palestinian police have not yet commented on the case.

Palestinian documentary filmmaker Imtiaz al-Maghrabi, however, is without doubt: "Any Palestinian woman could be a victim of such a crime," she told DW. 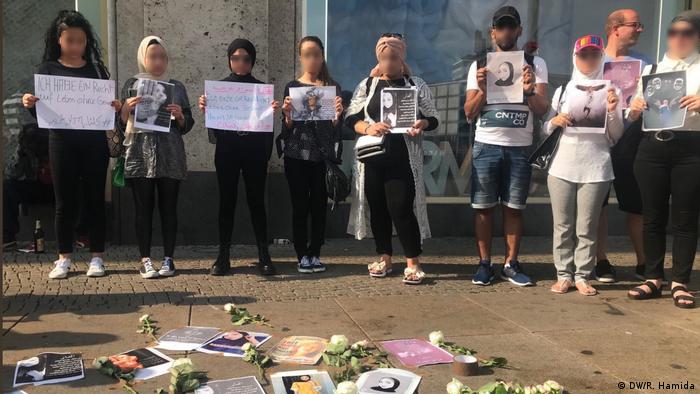 Ghrayeb's killing sparked a show of solidarity in Berlin

Al-Maghrabi, who is currently making a film about honor killings, was recognized for her work by the Arab Women's Media Center in the Jordanian capital of Amman in March.

The Palestinian territories have modernized laws dealing with honor killings, but al-Maghrabi says that, in reality, the effect of these laws is limited: "Palestinian society is influenced by custom, tradition, and religion. These all bear more weight than the law, and crimes relating to a violation of honor are often only lightly punished."

Sociologist Iyad Barghouthi from the Ramallah Center for Human Rights Studies told DW that, in practice, the permittance of honor killings is likely to continue. He believes that's because — from a male perspective — the concept of honor has no relation to values such as morality, integrity or success; it is solely defined by the reputation of the female family members. A man is willing to take violent action against a woman if she does not meet his expectations, he said.

Barghouthi views a prevailing sense of fear and frustration in society to be a contributing factor: "These feelings then erupt into violence, often against the female family members."

He points out that these difficult living conditions do not just impact men, and for women, they amount to a twofold in suffering.