A 26-year-old woman was recently murdered by her mother and brothers in a small Pakistani town because she married against their wishes. DW examines her story and looks at brutal "honor killings" in the Islamic country. 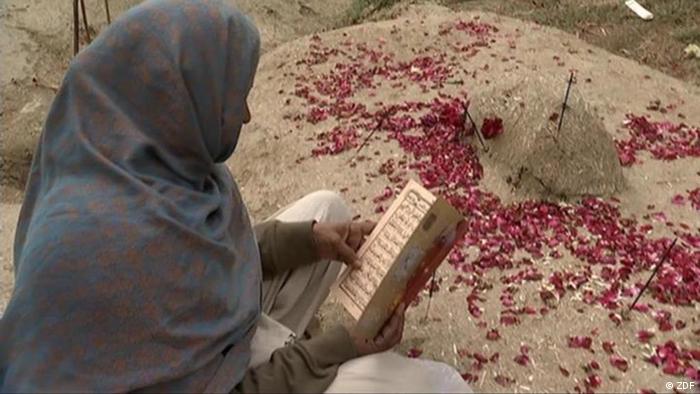 As soon as he discovered Madiha's dead body on a farm, a local peasant called the local police station to report it. The 26-year-old girl had been brutally murdered, with her throat cut repeatedly and her body covered in knife wounds.

Madiha belonged to a community in Naushehra Warkan, a small town in Pakistan's eastern Punjab province. She was brutally killed because she wanted to marry a man of her choosing.

"Her parents were against the marriage. Initial investigations indicate that her mother and two brothers murdered her in the name of 'honor'," Ali Akbar, a local police officer, told DW.

Locals say Madiha had eloped with her lover four years ago. A few days prior to her killing, her parents had reached out to Madiha through her elder sister and assured her that if she returned home, the family would welcome her with open arms.

"We met her and told her to come back. We told her that we forgave her [for getting married]. On the way back, my two sons stopped the motorbike and told me to stay there. Then they took Madiha to the farm and killed her," Iqbal Bibi, Madiha's mother, told DW from the police station over the phone.

Madiha's mother and brothers admitted to the crime and say that Madiha had "dishonored" the family by eloping with her lover.

These so-called "honor killings" are rampant across Pakistan – both in rural and urban areas.

Earlier this month, two sisters were strangled to death by their family members in the eastern Rahim Yar Khan town. Police arrested their cousins, who are the main suspects in this "honor killing" case.

In another incident this month, a husband killed his wife in the northwestern city of Swat in order to "punish" her for seeking divorce and marrying another man.

"Some 700 women were killed in the name of 'honor' in 2017. These are only the reported cases," Zohra Yusuf, the former chairperson of the non-governmental Human Rights Commission of Pakistan (HRCP), told DW.

Rights activists say it is difficult to determine the exact number of "honor killing" victims. Most of these cases go unreported, and in some cases, police do not allow an autopsy, thus making it easier for the family to pass it off as a "natural death."

"Feudal orthodoxy and conservative norms have deep roots in Pakistan. Men want to control women and they treat them as their 'property.' They don't allow any freedom to women," Yusuf explained, adding that other countries in the region, like Afghanistan and India, face a similar problem.

"In Pakistan, it is not only individuals that commit 'honor killings;' even tribal courts sentence women to death for 'dishonoring' a family or a tribe," Yusuf added.

In 2016, Pakistani authorities passed a stricter law to curb "honor" crimes. It came right after protests over the "honor killing" of a prominent Pakistani model, Qandeel Baloch.

According to the new legislation, passed during former PM Nawaz Sharif's tenure, a family member was no longer entitled to pardon a murderer in "honor killing" cases. The new law guarantees death penalty or life imprisonment for the culprit.

But global human rights watchdog Amnesty International said in its 2017 report that despite the passing of a new law, the number of "honor" crimes in Pakistan remained high. Amnesty also pointed to a number of flaws in the law; for instance, a judge having the authority to rule out the aspect of "honor killing" from the murder case. This leaves the door open for families to bribe local judges to dismiss the case.

Experts also say that Pakistan's patriarchal society tends to condone "honor killings." In 2014, US-based Pew Research Center conducted a survey and concluded that four out of 10 people in Pakistan justified "honor killings" in some way.

"The government needs to strengthen laws to protect women and also make sure these laws are implemented. On the other hand, civil society needs to create awareness about the issue," activist Yusuf said.

Sabookh Syed, an Islamabad-based journalist, said that religious groups are equally responsible for promoting violence against women in the South Asian country.

"Religious organizations take to the streets on petty issues but never speak out against 'honor killings.' They think it is not even an issue," Syed told DW.