Khanzadi Mehboob lives in constant fear for her life after she married against the wishes of her family. Although honor killings are illegal, tribal customs in Pakistan often trump the rule of law. 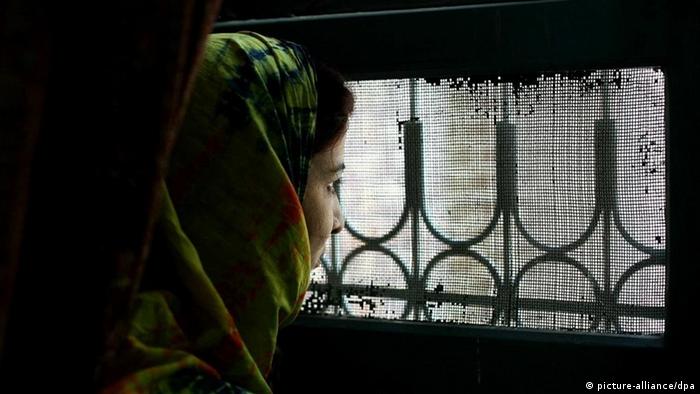 In 2008, when she was only 15 years old, Khanzadi Mehboob started teaching children in her village located near Jacobabad in Pakistan's southern province of Sindh. Her dedication impressed an NGO, which provided her "school" with a building in 2011.

Khanzadi had just finished 12th grade and that was when problems began. "My uncle and other family members wanted to force me to marry and give up teaching," she told DW in Karachi where she now lives. "They wanted to occupy the school building and marry me off against my will," Khanzadi said.

"When I refused they kicked me out of my home, leaving me at the mercy of my relatives, and shut down the school where hundreds of kids were studying. For a while, I lived with my uncles," she said.

"One of my uncles imprisoned me in his house in a bid to break my will so I called the police emergency number. The police sent me to a shelter house where I lived for a few months."

Marriage makes you a target

However, having gotten away from her relatives did not end Khanzadi's misery.

"When I left the women's shelter, I did not have even a single penny. A cop handed me a little bit of cash out of sympathy," she said.

"After I reached Karachi, I decided on my own to marry a man who was also from my village. This infuriated my family. They declared that my husband and I deserved to be murdered. They occupied the land and houses of several members of my husband's family."

So-called "honor killings" are common in districts of Sindh bordering Pakistan's western province of Balochistan. The Sindhi term for this gruesome tradition is "Karo-Kari" and it is a decades-old practice in parts of Pakistan.

In some cases, women could be killed for simply talking to a man and even attempts at strict legislation have not stopped this tribal custom.

Just last week, an 18-year-old girl and her 21-year-old boyfriend were reportedly beheaded in Attock, a town in Pakistan's eastern province of Punjab. At least 280 such murders were recorded by the independent Human Rights Commission of Pakistan from October 2016 to June 2017, and this figure believed to be understated and incomplete.

Khanzadi is not only worried about herself, but also fears for her baby son as well. "I keep changing location, but how long can I afford to do it? I am from an extremely poor family," she said. "My husband works as a cop. We have meagre resources and I am fed-up with this life of fear and death. I want to go back to my village, teach my students and lead a peaceful life."

Khanzadi said that the authorities where she lives are unable to protect her and her family. "What can authorities do? Government, courts, police and administration, they are all helpless," she said, adding that tribal and feudal lords in Sindh hold more sway than the government.

"Can they ensure 24-hour security for me and my husband? No, they cannot," said Khanzadi.

Asad Butt of the Human Rights Commission of Pakistan told DW he shares this sense of helplessness.

"There have been instances where the families of couples who married out of free will promised to the police that they would not harm the couple and hold a wedding ceremony. However, when the couple returned to the families, they were murdered in the name of honor and the matter was covered up."

Butt believes the archaic feudal and tribal system is to blame for such inhuman acts. Tribal courts or "Jirgas" are quite common in several parts of Pakistan. Analysts believe one of the factors prompting people to approach tribal courts is the lengthy and slow government court procedure that can take years to settle even a minor dispute.

"The Supreme Court has declared Jirga illegal and unconstitutional, but even lawmakers themselves hold Jirgas and hand down various sentences. In the long term nothing can be done unless feudalism is abolished," said Butt.

In recent years, many people have approached Pakistan's Supreme Court Chief Justice Saqib Nisar, but Khanzadi does not pin hopes on courts, police and administration.

Khanzadi added that many young people have taken refuge in the city. "Many young men and women who marry out of their free will come to live in cities because in villages, the Jirga system, feudal lords and tribal lords turn their lives into hell."

"In cities they do petty jobs, live in slums and struggle day and night to make ends meet. But I yearn to go back my village and lead a peaceful life," said Khanzadi while fighting back tears, wondering if there is anyone who can help her.

Thirteen years ago, the murder of Hatun Sürücü shocked Germany. The killer was her own brother. Since then, there has been a debate about "honor killings." Even the use of this term is a point of contention. (08.02.2018)

A court in Pakistan has sentenced a man to several months in prison for marrying a second woman without his wife's consent. Activists say the landmark ruling is a huge win for women's rights in the Islamic country. (02.11.2017)