Women defy local traditions in Pakistan′s Swat Valley | Asia | An in-depth look at news from across the continent | DW | 29.04.2017

In rural Pakistan, a system of informal justice reigns. Men make the decisions, and women sometimes face brutal treatment. A group of them are fighting back, report Naila Inayat and Jennifer Collins from the Swat Valley. 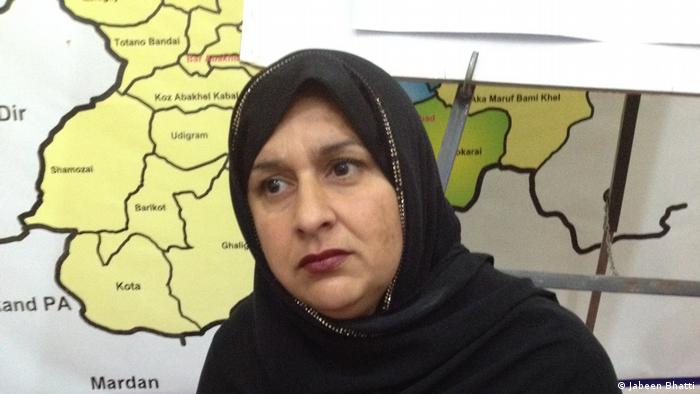 In the green hills of Pakistan's Swat Valley, it's the jirga that rules. Acting as the local council and court, this body's word is law here, and it has traditionally been completely composed of men.

These days, 25 women sit on the floor of a small room and discuss child custody issues and other legal and judicial matters.

Leading the group is Tabassum Adnan (photo above), a local woman who turned traditional Pakistani gender roles on their head in 2013 by forming the first female jirga in the region. Here the Taliban once held absolute sway and in 2012 shot then 15-year-old activist Malala Yousafzai in the head for being insistent on girls going to school.

Adnan said she decided to set up a women's jirga after witnessing the failure of the system of informal justice to protect a local woman.

"I have always supported the idea of clemency," Adnan told DW. "A young girl was attacked with acid. When her case was presented to a male jirga, they promised their full support, but they didn't help at all."

The girl begged for justice, which she did not receive. She died soon after.

Pakistan's Supreme Court outlawed jirgas five years ago, but the ruling hasn't affected those in rural areas, far away from the strong arm of the central authorities. The Grand Swat Jirga - made up of men - is consulted in rape and murder cases, while the 25-member female jirga deals with domestic violence, inheritance, healthcare and other social issues, including child marriages.

Child marriages are common Pakistan as part of the wani tradition: A female child is married off in compensation for a crime committed by a male relative. The male jirgas usually side with the men, said Adnan.

The child marriage cases are especially important to Adnan, who at age 14 was forced to marry a man two decades her senior. Adnan stayed in the abusive relationship for 20 years, became a drug addict and lost a kidney before she finally got a divorce - against the wishes of her family and the norms of this conservative society. 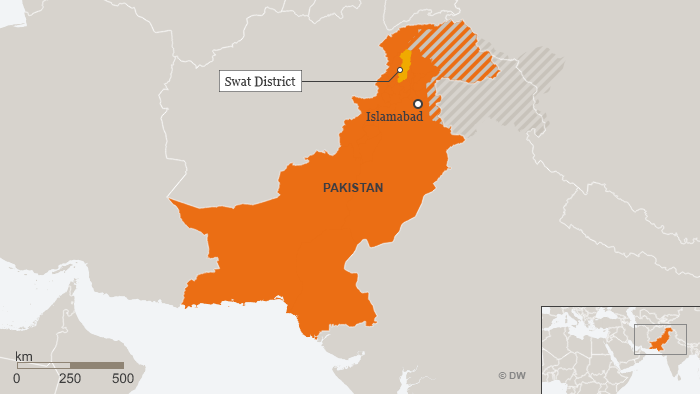 "My immediate family did not support me in the least," Adnan said. "But I stood up for myself and stopped being miserable."

While the women's jirga is gaining credibility within the former Taliban-held territory, conservative critics fail to see a place for the female council.

"In our society there is no concept of a women's jirga," said Mehboob Ali, a resident of the Swat Valley. "It is a fake jirga created to get foreign funding. NGOs based in Pakistan always initiate such ventures, which later no one even remembers."

Others, like former head of the male jirga, Inam-ur-Rehman Kanju, are more tolerant, and say they have faith in the female council.

"We pray for their success," Kanju said. "Sometimes we invite them to our meetings so that they can learn how a jirga is run. They have a long way to go, but we don't have problem with their jirga."

The women's jirga is already changing attitudes as Kanju's acceptance indicates. Adnan, also speaker of the first women's assembly, established last year to address the rights of local women, has been invited to be the first woman to be part of the Grand Jirga of Swat. 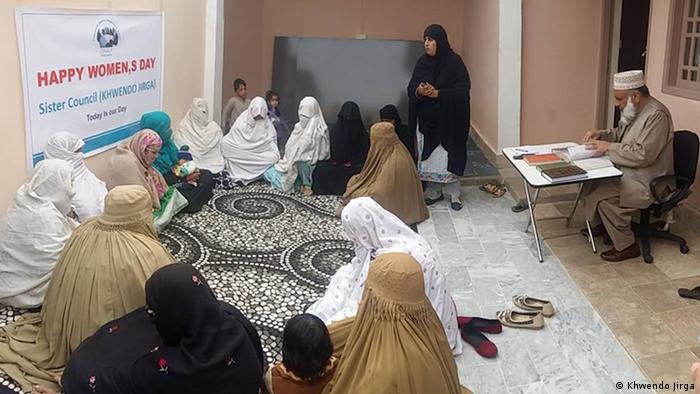 The woman's jirga has had successes. In one case, a man broke into a local woman's house, robbed her and pulled out all her teeth with a knife. The female jirga helped bring him to justice, seeking help from local law enforcement that resulted in the man being sentenced to four years in jail. Adnan says the jirga makes a point of bringing criminal cases such as this one to the attention of police and the courts, which have typically ignored women.

Read: Why is the gender gap widening in Pakistan?

Still, despite progress, death threats have forced Adnan to conduct the women's jirga in secret. But she is determined to continue to fight for equality.

"I want to get rid of the typical chauvinistic customs where women are only restricted to stereotypical roles," Adnan said. "I want to promote female empowerment."

This article was funded by the European Journalism Centre's Innovation in Development Reporting Grant Program.