Sexual violence, war lead to higher number of child marriages | Germany | News and in-depth reporting from Berlin and beyond | DW | 26.04.2017

Berlin's plan to abolish child marriages has been spurred by the influx of refugees into Europe. While the move will benefit victims of the practice, the reasons why children are married early lie elsewhere. 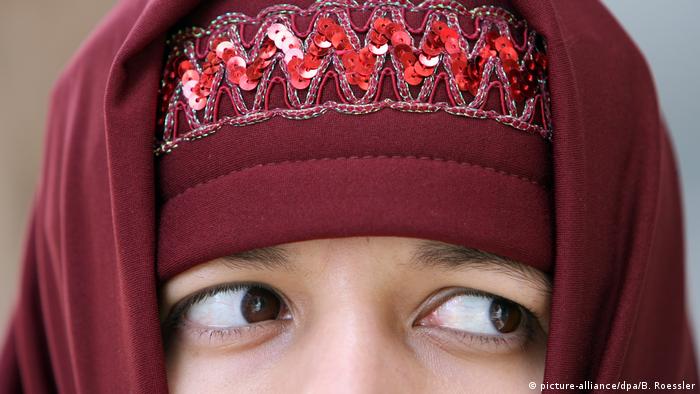 Earlier in April, the cabinet in Berlin agreed upon a draft law to prohibit child marriages in Germany. According to the proposed rule, marriages would have to be solemnized only when both partners were over 18 years old. Until now, marriages were possible if one of the partners was at least 16 years old and the family courts agreed to the ceremony.

According to the draft law, marriages where one of the partners was 16 or 17 years old would be annulled. However, exceptions would be made, especially if the minor partner became an adult and confirmed the marriage.

The ill effects of child marriage

The UNICEF defines child marriage as any formal marriage or informal union where one or both of the parties is under the age of 18. According to Lakshmi Sundaram, executive director of NGO "Girls not brides," every year, 15 million girls worldwide - or one in every four girls - are married before they turn 18. Currently, there are more than 700 million women globally who were married as children. The number of underage men in such unions is 156 million. 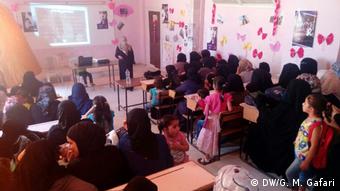 Child marriages are on the rise in Syria

Sundaram says that child brides often become pregnant at a young age and this can have devastating consequences, including complications during pregnancy and childbirth. "Within a marriage, child brides are vulnerable to physical and sexual assaults and often do not have the power to negotiate with their husbands. They may also have a very low sense of self-worth."

There are several reasons why parents may marry off their girl children early, says Sundaram: "A key reason is gender inequality and the perceived 'value' of girls. Girls are married because they are seen purely as future wives and mothers. Parents (and society) don't value them as much as boys and don't see the need to invest in their education or identify alternatives to early marriage."

Tradition often plays a big role when parents decide and many sincerely believe they are doing their best by getting their children married at a young age, she adds. Additionally, poverty or insecurity, for example, during a humanitarian crisis, fuels the practice.

Monika Michell, who researches honor killings at the NGO Terre des Femmes, says that women and girls are always the first victims in crisis and violent conflicts. "They are especially vulnerable. Statistics from refugee camps in Jordan, Lebanon and also Yemen, prove that the number of child marriages is rising. Many rich, old men use the situation to buy young girls, often as their second or third wives," she says.

"Fragility and conflict impact child marriage decisions," according to a 2016 report titled "A girl no more: the changing norms of child marriage in conflict," by the New York-based Women's Refugee Commission.

"The need to protect girls from rape as well as the stigma of surviving rape; from pregnancy outside marriage; and from the influence of other communities are factors that lead to child marriage," the authors add.

According to the report, nine of the top 10 countries with the highest rates of child marriage were considered fragile states. These include Niger, Central African Republic, Chad, Mali, Bangladesh, Burkina Faso, Guinea, South Sudan and Mozambique. Despite being a fragile state, Syria does not feature on the top 10 countries with the highest rate of child marriages.

The report says that young women, particularly from rural areas in Syria, described an increased need to protect their reputation and honor since displacement. "They shared that in Syrian society, honor, or al sutra, defines their futures and therefore they and their families were invested in protecting it during unstable times." Parents felt that marriage would help protecting their daughters' honor due to their ambiguous future - as refugees. 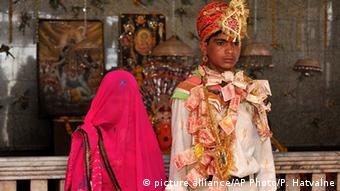 Speaking to the study's authors in the Nakivale camp in Uganda, women refugees from the Democratic Republic of Congo (DRC) report that incidents of rape during conflict shaped decisions around marriage. Some women were married to their perpetrators and many married early, fearing for their ability to find a partner after suffering sexual violence.

Lakshmi Sundaram, from Girls not Brides, strongly advocates a four-pronged strategy to tackle child marriage. This includes empowering women directly, mobilizing families and communities, providing education, health and justice and implementing relevant laws. "In all contexts, it is important that efforts to end child marriage also focus on supporting girls who are already married... Appropriate structures and services need to be put in place to address the needs of these girls (and any children they may have), and to ensure that their best interests remain firmly at the heart of any policies, "she adds.

As far as the law abolishing child marriages in Germany is concerned, Terre des Femmes' Michell welcomes the German government's proposal to annul all marriages between underage boys and girls.

However, there is a problem. "If a 16-year-old who has married outside Germany when she was 15 travels to Germany, her marriage has no legal standing. However, since she is a minor, the youth department - that is what we fear - will not be active or will not be informed of the union. There is thus the danger that underage persons will have to face all the consequences despite the marriage being invalid in Germany, because one's own parents are those who force upon them such a marriage," Michell says.