How a journalist′s murder haunts Malta′s ruling elite | Europe| News and current affairs from around the continent | DW | 05.12.2019

Two years after the assassination of Daphne Caruana Galizia, Malta's political class have found themselves entangled in the murder investigation. DW sits down with her family and EU lawmakers in search of justice. 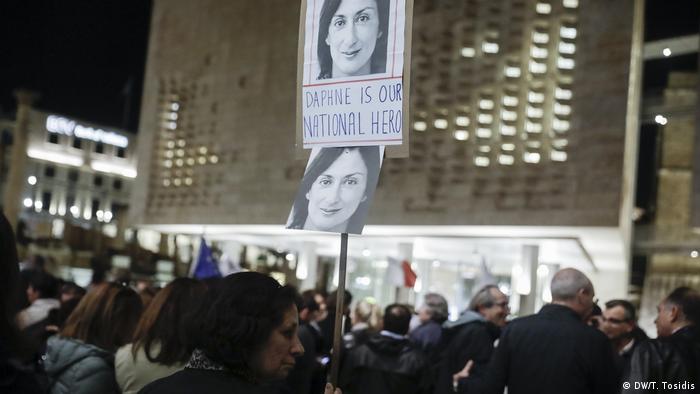 Malta is reaching a boiling point.

The arrest of Yorgen Fenech — one of the country's richest and most influential men — for his alleged involvement in journalist Daphne Caruana Galizia's murder saw the island nation's half-million people confront an unprecedented political crisis that reaches the highest levels of government.

At a court hearing, Fenech, who has been accused of being the mastermind behind the car bomb attack, implicated Keith Schembri, the prime minister's chief of staff and closest aide. Schembri resigned last week and was brought in for questioning by police. He has denied any wrongdoing — but the fallout was such that Prime Minister Joseph Muscat announced he plans to step down in January.

Protesters demanding justice gather outside parliament almost daily. Each afternoon, authorities place barricades along the roads that lead to the limestone building, juxtaposing Valletta's medieval walls. The three streets that come to an end at parliament are flooded with people of all ages, while hundreds of tourists squeezed through, wondering why large crowds are gathered.

Yet protesters are angry and determined to stay until the government changes. Some threw eggs at MPs, others threw fake €5,000 bills.

He is not alone.

Those who gather outside parliament are of all ages, from young teenagers to the elderly holding placards emblazoned with the word "mafia," to LGBT+ activists protesting while holding the iconic flags. Protesters here say Muscat has turned the country into a power-hungry, mafia-controlled state. Caruana Galizia's murder is their proof. 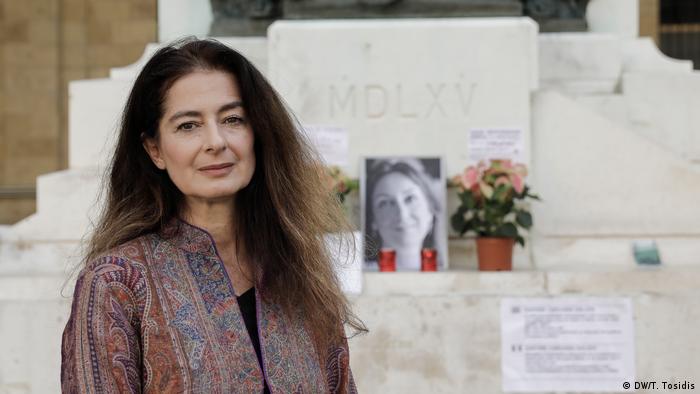 Caruana Galizia, an outspoken and well-known Maltese journalist, started looking into the Panama Papers leaks in 2013 and eventually uncovered offshore companies connected to Malta's business and political world. Her anti-corruption career, partly as an opinion writer interested in politics, had led her to one of the most important investigative projects in Europe. Her sister, Corinne Vella, says she faced plenty of threats.

"Threats come in many forms and are not necessarily threats to life," Vella tells DW.

When Caruana Galizia began uncovering high-level corruption in the country, she was slapped with both libel and defamation lawsuits that increased dramatically the final year of her life. What was most striking was the number of lawsuits lodged by those within Malta's ruling Labor Party, with the tally reaching at least 35 cases, according to her family.

Caruana Galizia was assassinated by a car bomb in October 2017.

Vella believes that even though the protests have played an instrumental role in recent political developments, there has not yet been enough heat on the prime minister himself — but led to other forms of pressure within his Cabinet and the Labor Party. She remains unconvinced that the prime minister will resign despite the announcement, as Muscat has not given a specific date to step down.

At the same time, Vella feels that the Maltese leader is not willing to assume any responsibility related to her sister's murder. That Muscat has ducked asking for a public inquiry into the murder, for Vella, indicates exactly that.

The European Parliament has also been active concerning the developments of her sister's case. 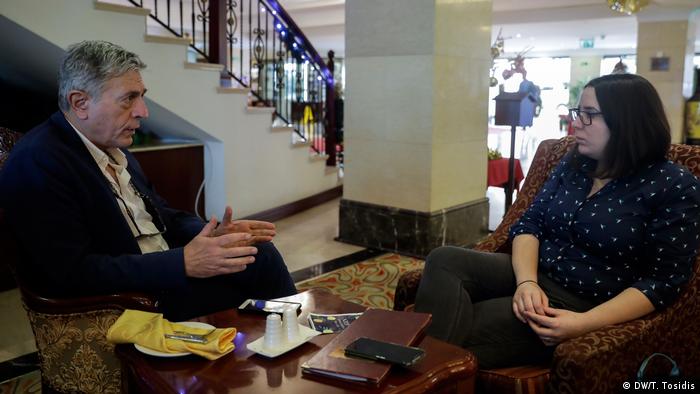 A European delegation chaired by Dutch MEP Sophie In't Veld included EU lawmakers from each political group, who traveled to Malta this week to discuss the murder case of Caruana Galizia and rule of law in the country.

One item on the agenda was a meeting with Muscat.

"When asked about the involvement of his chief of staff in the murder of Daphne Caruana Galizia, the prime minister replied that he has no clue. However, a legitimate question to ask is: How can this be possible, when usually a prime minister's chief of staff is their most trusted aide," says Stelios Kouloglou, one of the MEPs in the delegation.

"The EU parliament cannot decide what a prime minister will do, but it is in a position to take a stand because, in effect, it represents the European people," Vella tells DW.

'Corruption in the EU'

Caruana Galizia's murder, along with the murder of Slovak journalist Jan Kuciak, shook the core of the European Union. The assassinations marked the first time in years that journalists in the bloc were killed for their corruption investigations, exposing gaps in the rule of law.

"Those murders show the corruption in politics and economics in the European Union. Those murders are extremely important to be solved," says MEP Kouloglou.

"Both Caruana Galizia and Kuziak were independent journalists. And freelance journalists are in more vulnerable positions than others," he continues.

The European Union thought European legislation could protect freelance journalists, especially when it comes to dealing with court cases, and, according to Kouloglou, they are trying to push for further legislation.

"The political situation in Malta impacts the European Union because it is connected to the freedom of journalists, the constant control of the media as well as great financial scandals and corruption."

Opinion: Malta is a wake-up call

Within just a few years, Malta turned into a mafia state. This must be a wake-up call for the EU to be more proactive in its fight for the rule of law, says DW's Barbara Wesel. (02.12.2019)