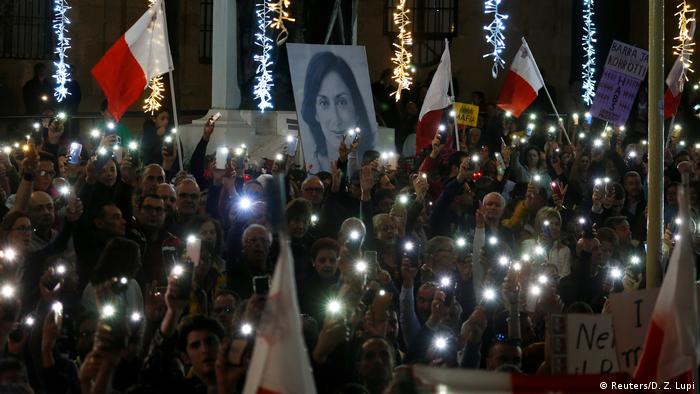 Protesters in Malta vented their frustration at the political establishment on Monday evening, blocking lawmakers from leaving Parliament.

About 4,000 demonstrators blocked Prime Minister Joseph Muscat and his colleagues amid high public pressure over the 2017 murder of investigative journalist Daphne Caruana Galizia.

Protesters gathered near the parliament's entrance, some of whom were shouting "Prison!" and "Assassins!" but the PM was eventually able to leave via a secondary exit.

Many were calling for the immediate resignation of Malta's premier, who announced in a speech to the nation Sunday night that he would resign in January.

Investigations into the car bomb murder of journalist Caruana Galizia intensified recently after Maltese police announced they would be questioning senior members of Muscat's government in relation to her killing. As a result, Tourism Minister Konrad Mizzi and Economy Minister Chris Cardona both stepped down, as well as the prime minister's chief of staff, Keith Schembri, who had his house searched by police last week.

Caruana Galizia exposed corruption in political and business circles in the Mediterranean country and sparked protests even before she was killed. The late reporter's son spoke to DW about the recent developments: "What is incredible is that the prime minister is still using his position, and even giving speeches in Parliament, behaving as though he is the defense lawyer of his chief of staff," Matthew Caruana Galizia said. 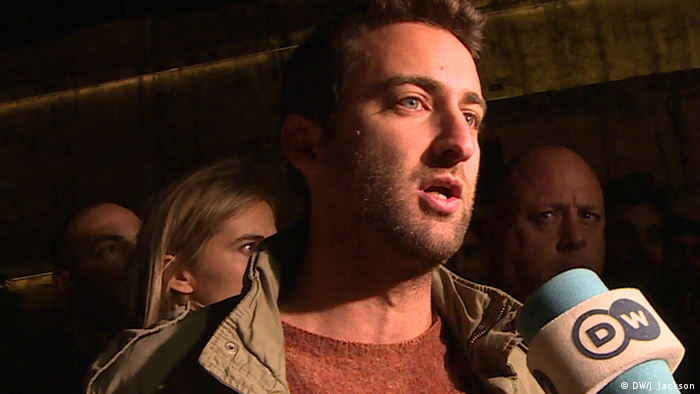 Caruana Galizia's family are demanding that Prime Minister Muscat should himself be investigated.

Over the weekend, a multimillionaire business tycoon who authorities believe was the mastermind behind the car bomb attack, Yorgen Fenech, was charged with complicity in her murder.

Fenech has pleaded not guilty and said that he has information linking Muscat's former chief of staff Schembri to the crime.

He has also said he has incriminating information about other members of Muscat's political party.