Businessman Yorgen Fenech has been charged with complicity in the 2017 murder of journalist Daphne Caruana Galizia. Fenech has been linked with Prime Minister Joseph Muscat, who may resign over the case. 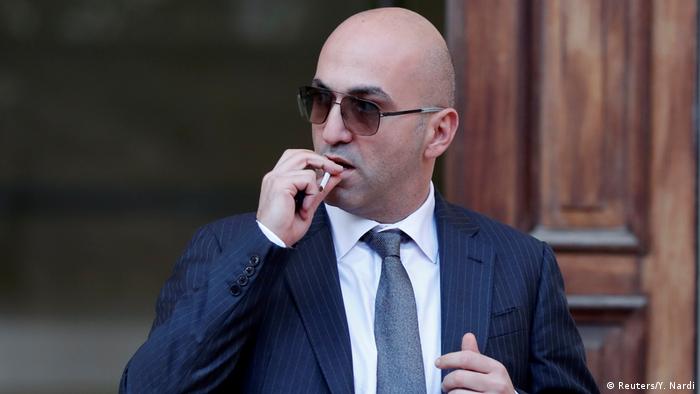 Maltese businessmen Yorgen Fenech was charged with being an accomplice in the murder of anti-corruption journalist Daphne Caruana Galizia on Saturday. Fenech pleaded not guilty.

The billionaire hotelier was arrested on his yacht earlier in November in connection with the 2017 car bombing that killed Caruana Galizia. He was also arraigned on the further charge of promoting, organizing or financing a group with the intention of committing a crime.

Fenech will reappear in court within the next 15 days to start the compilation of evidence against him.

Fenech had offered to give evidence against government insiders in return for a pardon earlier in the week. Prime Minister Joseph Muscat refused to issue a pardon on Friday.

Caruana Galizia was an investigative journalist who exposed government corruption before her death. Her murder and its aftermath have thrown Malta into political chaos. 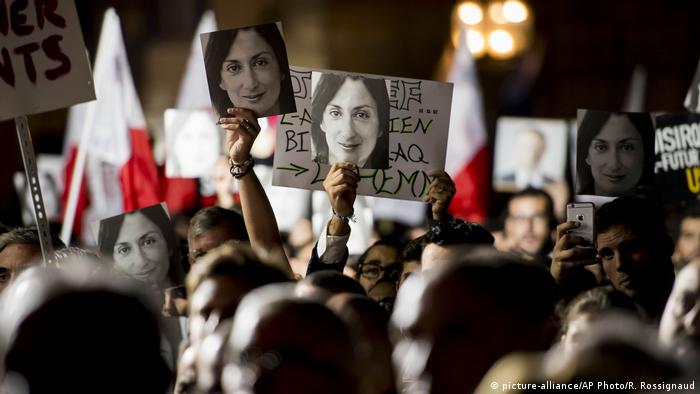 Protest in Valletta on Friday in front of the Maltese Parliament

It has been alleged that Fenech has close ties to associates of Prime Minister Joseph Muscat. Local newspaper The Times of Malta reported that the prime minister planned to announce his resignation imminently, following angry protests in the streets of Valletta.

"What we now expect is the prime minister to leave office and to leave Parliament,'' Caruana Galizia's sister Corinne Vella said on Saturday.

A spokesman for the prime minister said on Saturday that Muscat "has pledged various times he wants to see this case through. He will make announcements in due course." A resignation date of January 18 has been suggested by some local media.

Fenech had previously implicated Muscat's chief of staff, Keith Schembri, who resigned from his government post earlier this week. Schembri was questioned by police but was ultimately released, as they said they did not have enough evidence to hold him.

Caruana Galizia reported before her death that Keith Schembri and former Tourism Minister Konrad Mizzi, one of those who resigned this week, owned secret companies in Panama. A 2018 investigation by Reuters news agency indicated that another company from which they aimed to make money was owned by Fenech.

Both Mizzi and Schembri, close allies of the prime minister, have denied any wrongdoing.

A photograph of Keith Schembri with Melvin Theuma, an alleged go-between in the murder, was published on Saturday by Malta Today, another local news outlet. Caruana Galizia's son tweeted the photo.

Theuma, who was arrested earlier this year and allegedly pleaded guilty for his involvement in the crime, gave evidence that led to the arrest of Fenech.

It is unclear whether this evidence will be used in Fenech's upcoming trial.