Joseph Muscat has announced he intends to step down, according to a leading national newspaper. Muscat's decision comes as controversy mounts over a probe into the murder of journalist Daphne Caruana Galizia. 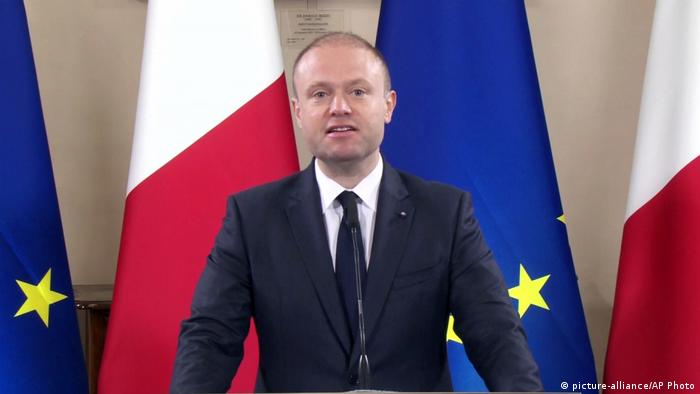 Maltese Prime Minister Joseph Muscat has told colleagues that he intends to quit over the political and legal debacle stemming from the murder of journalist Daphne Caruana Galizia, the Times of Malta newspaper reported on Friday.

The paper reported that Muscat had visited President George Vella on Friday morning, and was believed to have given notice of his intention to step down.

Muscat's spokesman would neither confirm nor deny the report.

The decision comes after Muscat's former chief of staff, Keith Schembri, was released from jail late on Thursday. Police said there were no longer grounds to hold Schembri in a murder investigation into the killing of journalist Daphne Caruana Galizia.

A decision to deny immunity to jailed businessman Yorgen Fenech sparked outrage among government critics suspicious of a high-level cover-up. Fenech had named Schembri, along with two ministers in the government, in a criminal probe into Caruana Galizia's murder.

On Saturday, he was charged with complicity to murder, for which he plead not guilty.

Schembri resigned and was arrested on Tuesday. He was one of three government officials who stepped down earlier this week after being named in the investigation.

Caruana Galizia — who wrote extensively about corruption in political and business circles in the EU's smallest state — was killed in a car bomb blast in 2017.
Each evening at 1830 UTC, DW's editors send out a selection of the day's hard news and quality feature journalism. You can sign up to receive it directly here.

Maltese police have arrested businessman Yorgen Fenech in connection with the 2017 killing of journalist Daphne Caruana Galizia. The investigation into her murder has been called a "litmus test" for Malta's judiciary. (20.11.2019)