Daphne Caruana Galizia: The woman who 'broke the mold'

A dedicated investigative journalist and fearless fighter for human rights, Daphne Caruana Galizia would have been 55 on August 26, 2019. Remembering her talents two years after she was murdered for her work. 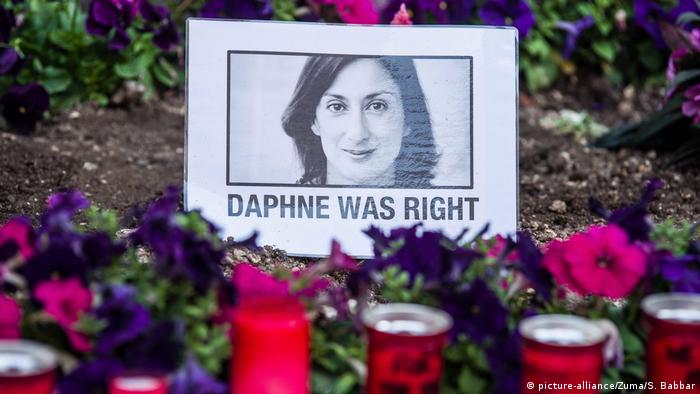 In July, a viral video showed a Pakistani journalist up to his neck in floodwater — a microphone in hand, reporting against all odds. The video could be said to symbolize the situation of freedom of the press and freedom of expression in many countries around the world. Despite being metaphorically 'up to their necks,' receiving threats and considerable pushback, courageous journalists are continuing to expose the truth and the public's grievances and stand up for human rights.

Daphne Caruana Galizia, a mother of three sons, was one of those journalists for more than 30 years of her life. Among other things, she reported on government corruption and organized crime on the small Mediterranenan island nation of Malta.

Her investigations, which she published on a widely-read blog while working independently, included revelations drawn from the Panama Papers that exposed both Keith Schembri, Chief of Staff to Malta’s Prime Minister Joseph Muscat, and Konrad Mizzi, then-Minister for Energy in Malta (and still a Member of Parliament and Minister for Tourism in Malta now). The two politicians, she revealed, owned trusts in New Zealand connected to companies in Panama. In 2017, the year that she died in a car bomb attack, she had accused the Prime Minister’s wife of owning another company in Panama — a claim denied by Joseph Muscat, who then called a general election that his Labour Party won.

The 2019 ranking of press freedom worldwide released by Reporters Without Borders illustrates how distressing the sitaution for freedom of the press is today. Substantial parts of the world map are colored red and deep orange, representing the state of freedom of the media is "difficult" or "very serious" (respectively). On that map, Malta has dropped a considerable 30 positions since 2017, the year of Daphne's murder. It now ranks 77 on a list of 180 countries.

According to the country profile conducted by Reporters Without Borders, the environment for independent journalists in Malta is "increasingly hostile."

"Self-censorship was already a big problem and it’s become worse," said Matthew Caruana Galizia, one of Daphne's sons, himself a member of the International Consortium of Investigative Journalists (ICIJ). While Daphne's family and the journalists continuing her work are extremely dedicated, he adds. "If it were not for the worsening self-censorship of journalists, writers and artists, members of parliament, state officials and people in general then we'd be less isolated, we wouldn't be in the same situation that my mother was in before she was assassinated. A car bomb assassination is enabled by the atmosphere of impunity and fear that we have here in Malta."

Read more: Sons of Daphne Caruana Galizia: 'The journalist loses their life, but the living lose their right to know'

Although on the receiving end of serious threats for years — not only online, but also via mail as well as physical threats, in which her house's walls were smeared with threats and her dog, Sam, killed — Daphne did not relent in her investigations. She posted uncensored articles on her blog, Running Commentary even until October 16, 2017, the day she was murdered. These articles uncovered uncomfortable truths that Maltese newspapers wouldn't publish, deeming them too provocative or risky. At the time of her death, Daphne Caruana Galizia had 47 libel cases against her, according to a BBC series dedicated to her life and work, "A fire in Malta." 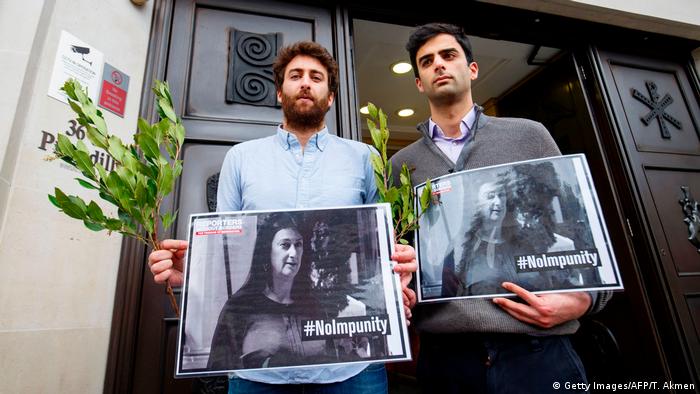 In July, just days before the deadline requiring the suspects in Daphne's death be granted bail, the nation of Malta had issued a bill of indictment against three men for their alleged involvement, according to Reuters. The suspects are not thought by police to have masterminded the car bombing and Caruana Galizia's family continues to call for an independent public inquiry into the murder, a call backed by the Council of Europe.

What does this mean for the future of press freedom in Malta? "If the attacks on us continue, if people continue to be paralyzed by fear, then we'll be living in a future that I don’t even want to contemplate," Matthew told DW. "If we succeed at restoring the rule of law, strengthening our institutions against partisan capture and changing our culture so that there's more respect for the principles of justice, liberal democracy and human rights then it'll be good."

Despite her death, Daphne Caruana Galizia's legacy lives on in Malta and across Europe. "My mother will be remembered as a woman who broke the mold," says Matthew. "Instead of doing what a woman of her generation was expected to do, she used her time, talents and energy to fight for democracy and human rights and against corruption and injustice. Malign people tried everything to stop her, including a bomb."

Nevertheless, her work is continued by her family and dedicated journalists from 15 countries who are honoring her life's work in the online Daphne Project, which ensures that even a bomb cannot silence the truths revealed by Daphne Caruana Galizia.