Malta's prime minister Joseph Muscat is waiting to step down despite weeks of protests over alleged ties to the murder of a prominent journalist. An investigation by EU lawmakers has only increased concerns. 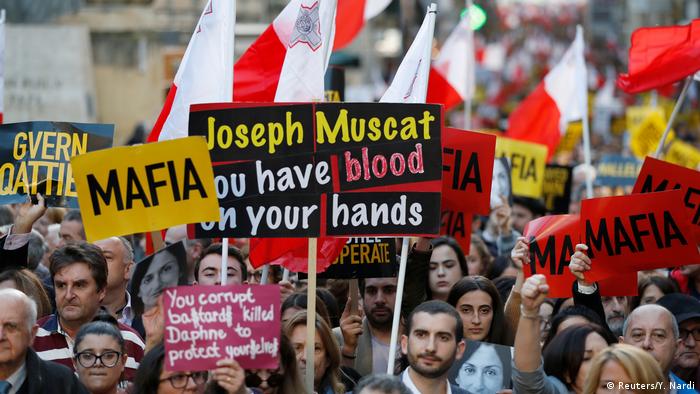 EU lawmakers are "very concerned" following an urgent meeting with the Maltese prime minister over the 2017 murder of a prominent journalist.

Seven EU delegates met on Tuesday for the first of a two-day visit to Malta meant to assess political stability in the Mediterranean island nation following an investigation into implications of high-ranking government officials in the killing of journalist Daphne Caruana Galizia. 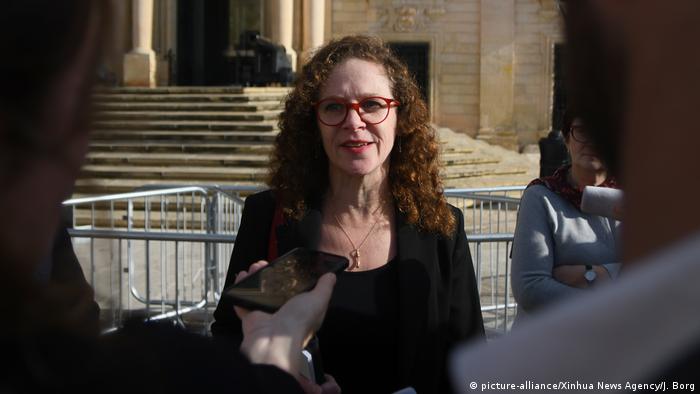 "Cooperation in the EU is based on trust — and I thought this was very evident to everybody — but that trust has been very seriously damaged," she told journalists.

"I am not coming out of this meeting with more confidence," she added.

German delegation member Sven Giegold called the meeting with Muscat "tense and cold" and said no one understands why the prime minister will not step down.

"He doesn't give a good reason, he just says that someone has to conduct state affairs. But the state is already in chaos!" said Giegold.

Muscat has been accused of obstructing justice and protecting people who are implicated in the murder case.

The prime minister's former chief of staff, Keith Schembri, is suspected of orchestrating the 2017 car bomb that killed 53-year-old Caruana Galizia. The journalist was renowned in Malta for her work investigating corruption within the country's politics and economy.

Schembri has since resigned from his post but denies any involvement in the journalist's death.

Schembri was arrested last week but released without charges. The Times of Malta newspaper on Tuesday published a handwritten letter that implicates both Schembri and multi-millionaire businessman Yorgen Fenech in Caruana Galizia's death. Fenech also stands accused and is currently being held in prison.

Muscat has said he will step down from his post in January after his party decides on a new leader. But the move has done little to placate the thousands of protesters that have gathered to demand his resignation for the last two weeks.

EU Justice Commissioner Vera Jorouva shared her concern over the protesters with Malta's justice minister, Owen Bonnici, in a phone call on Monday. A spokesman for Jorouva said Tuesday that she "insisted that the investigation has to be brought to conclusion without any political interference."

The European Parliament has said it will evaluate the country's judiciary independence and allegations of corruption. The United Nations Human Rights Council has also called for an independent investigation.