The president's calls for Brazilians to ignore isolation measures are pushing moderate fans to the other side. But further division may be what he needs to mobilize his most loyal supporters. 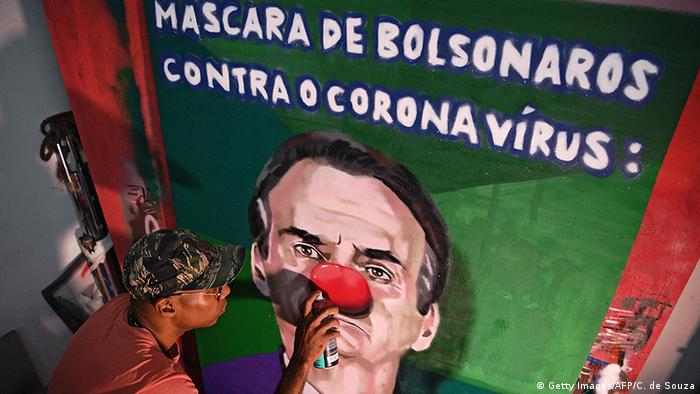 It was a recurring scene around Brazil over the weekend: Cars draped in the national flag crossed major cities, their drivers honking to denounce the closure of businesses amid the new coronavirus pandemic. Meanwhile people self-isolating in their homes leaned out of windows to bang pots and pans in protest.

Fueling this division was President Jair Bolsonaro whose extreme downplaying of the virus has clashed with isolation measures proposed by his own health minister and many state governors.

"Bolsonaro thrives in a context of political isolation because he's against the establishment," said Oliver Stuenkel, associate professor of international relations at the Getulio Vargas Foundation. "Now he's directing the anti-establishment rhetoric against governors and health specialists."

Most state governors followed the global trend of shutting down non-essential businesses and preaching social isolation to slow down the spread of the coronavirus. But Bolsonaro has urged Brazilians who are not in risk groups to return to the streets — and keep their already struggling economy afloat. 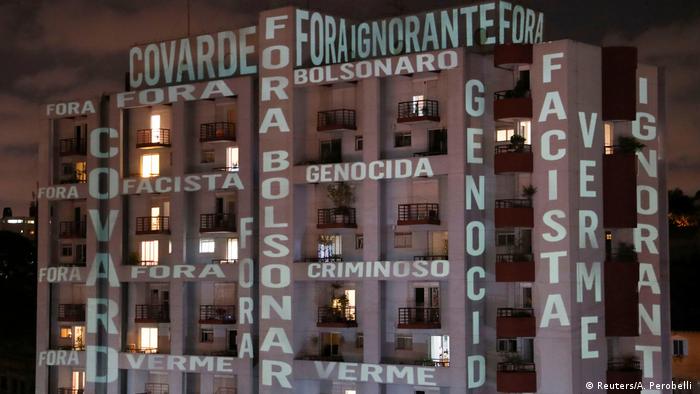 The phrase "Out Bolsonaro" and the words "coward, fascist, ignorant, genocidal, worm, criminal" were projected on a building in Sao Paolo

Brazil has confirmed more than 4,000 cases and at least 136 deaths, according to the health ministry. Yet Bolsonaro parades his lack of concern for the pandemic almost every day.

"We will all die one day," he told reporters on Sunday, hours after he posted a video of himself in a crowd of workers. Twitter removed the video because it violated the platform's rules.

Last week, he published an advertisement against social isolation with the slogan "Brazil cannot stop." A federal court swiftly prohibited the media campaign. 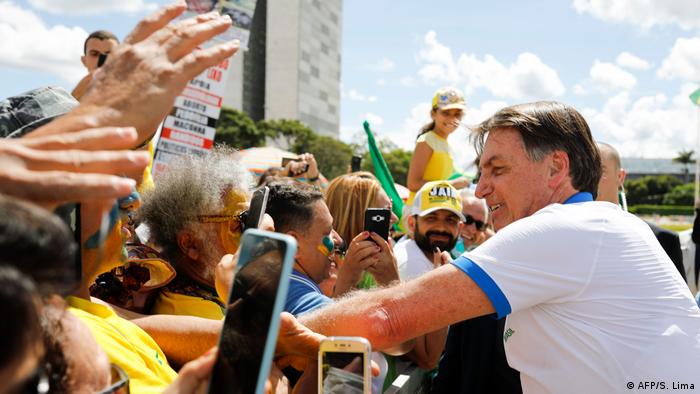 Bolsonaro greets supporters at a rally in Brasilia in mid-March

In a public address last week, he claimed his "history as an athlete" would protect him from feeling anything worse than a "little flu" if he got COVID-19.

Bolsonaro's radical approach to the pandemic has isolated him. Some state governors who shot to fame endorsing his far-right policies have now turned against him.

Major cities like Sao Paulo and Rio de Janeiro have staged pot-banging protests for 13 consecutive days at the time of writing. The raucous noise could even be heard in upscale neighborhoods, which overwhelmingly voted for Bolsonaro in 2018.

Alexandro Fernandes Moraes, a tattoo artist from Sao Paulo state, also banged pots and pans from his house where he is quarantined with his wife and daughter.

He supported Bolsonaro in the last election mainly because he was competing against the leftist Workers' Party. Moraes became increasingly disappointed with the president, but his handling of the coronavirus crisis was the "last straw."

"I'm worried because my daughter and I are part of the risk group. We have asthma," said Moraes. "We need someone to control this crisis, but he only adds fuel to the fire by fighting with the press."

"When I saw the way he talked about the coronavirus, I examined my conscience and said: 'What a mistake I made when I put this man in power,'" she said.

Bolsonaro's core base is energized

Although Bolsonaro has lost the backing of many moderate supporters, he can still count on a loyal fan base to applaud his response to the pandemic.

Besides organizing countrywide motorcades calling for an end to isolation measures, his supporters also got the hashtag #BolsonaroTemRazao (#BolsonaroIsRight) trending last week. 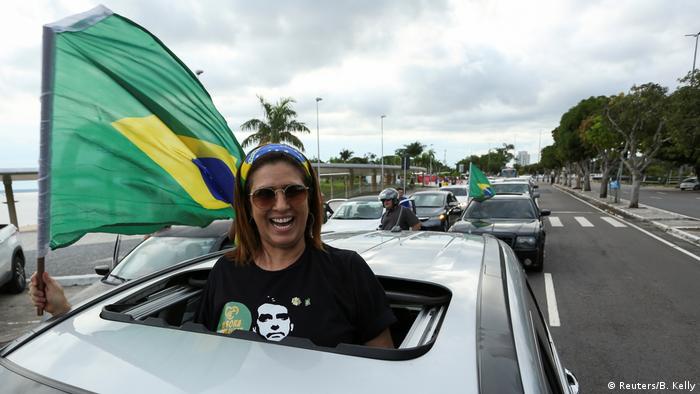 Bolsonaro supporters have been calling for an end to isolation measures

Ana Beatriz Nogueira, an IT coordinator from Sao Paulo, believes her governor's decision to close businesses are far too drastic.

"Brazil is still recovering from an economic crisis. People were already suffering before the coronavirus. But now with the coronavirus, things will only get worse," she said.

The Senate will decide on Monday evening if the government will distribute monthly 600 reais (€105, $117) to low-income families. For many Brazilians, this is not enough.

Marcos Pereira from Rio de Janeiro says he only trusts the "captain," as Bolsonaro is known because of his military career, to guide him through the crisis.

"If we don't listen to him, we will have way more broke people than dead people," said Pereira, who runs a newspaper stand.

Bolsonaro could benefit from polarization

One of the main reasons Bolsonaro so fervently positions himself against isolation measures and pro-business could be to secure his reelection in 2022.

"Above all, elections are about the economy. And he must ensure that voters don't consider him to be responsible for the economic crisis," said Stuenkel.

It is a risky strategy, according to Stuenkel, because a great part of the population will hold Bolsonaro accountable for coronavirus-related deaths. 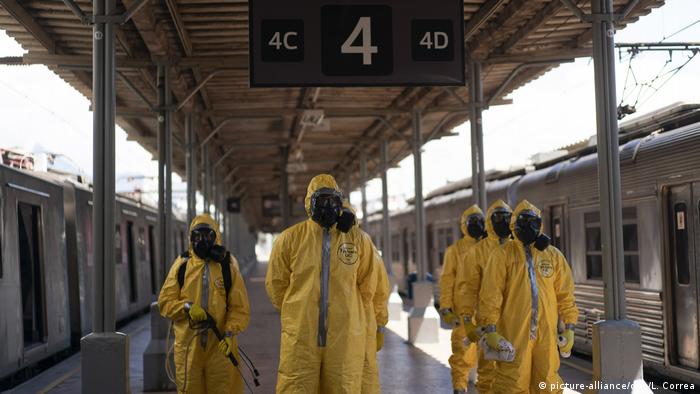 But using the public health crisis to amplify divisions in Brazil might also strengthen his hold over his core base.

"It's really important for him to keep people mobilized all the time. And what energizes people is a sense of injustice and the sense of being under attack," said Stuenkel.

Much of Germany's economic life has ground to a halt. Now, many small and medium-sized companies are developing creative new ways to generate revenue. (26.03.2020)

Elections in Brazil: Lula faces off against Bolsonaro 28.09.2022