From tattoos to Twitter fan clubs, virologists around the world have become the new celebrities of the COVID-19 crisis. But their star status has also made them the target of public anger and even death threats. 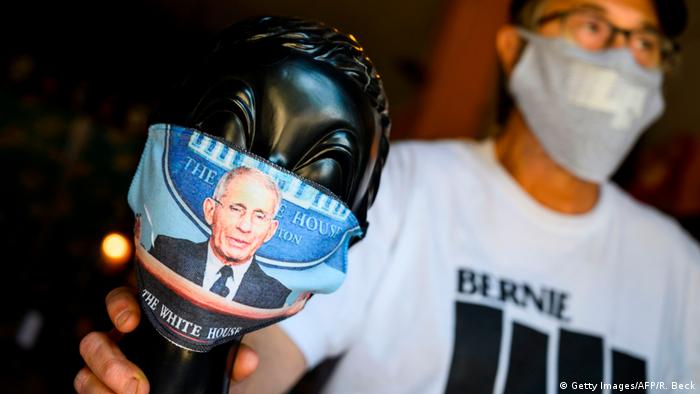 What's the latest research on COVID-19 in children? How likely is it that someone will develop immunity? Why are you continuing this podcast despite getting death threats?

That's a lot of territory to cover in one episode, but it's what Dr. Christian Drosten has been doing for weeks now throughout the pandemic.

The 48-year-old is Germany's foremost coronavirus expert and the chief virologist of the Charite Hospital in Berlin — and he also happens to have one of the most popular podcasts in the country. 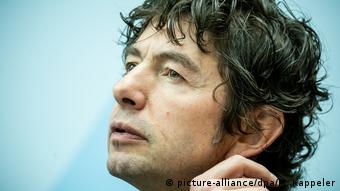 "Das Coronavirus" podcast with regional public broadcaster NDR has topped the Apple podcasts charts in Germany for weeks and currently ranks among the top 5 on Spotify.

In his latest episode released Tuesday, Drosten said he is confident that those who have recovered from the virus will be protected, at least for a while. "This isn't a black-or-white effect, but these gray-area effects are also important in epidemiology," he said.

The ability to explain this gray area to a general public desperate for information has transformed Drosten and experts like him into coronavirus rock stars.

Although he is Germany's most prominent COVID-19 expert on the international stage, Drosten isn't the only virologist who has risen to fame in Germany during the outbreak.

In early April, the mass circulation Bild newspaper asked its online readers which of Germany's virologists they trust the most — comparing each one like a contestant in a reality TV show competition.

One of the top picks was Dr. Hendrik Streeck, head of the Institute of Virology at Bonn's University Clinic. Streeck heads a team of researchers who are studying the spread of the virus in the western district of Heinsberg, once the epicenter of the outbreak in Germany.

Described by Bild as "the heartthrob among virologists," Streeck regularly posts updates on his Twitter account, which has tens of thousands of followers. Although his posts are usually virus updates or links to articles about the preliminary results of his study, his most-liked tweet in weeks was a post introducing the world to his family's new puppy.

Another prominent face during the outbreak has been virologist Dr. Alexander Kekule. A regular guest on several German talk shows, the 61-year-old grew to prominence at the beginning of the crisis for sparring with politicians and criticizing their virus response. He also launched his own coronavirus podcast, "Kekule's Corona-Compass" on MDR, another regional public broadcaster.

The phenomenon is not a purely German one. Around the world, virologists, epidemiologists and other COVID-19 experts have risen to prominence in their home countries as sources of reliable information and voices of reason in uncertain times.

In the United States, the country's leading infectious disease expert, Dr. Anthony Fauci, has amassed an almost cultlike following. The 79-year-old's statements during press briefings stand in sharp contrast to the remarks delivered by President Donald Trump, who recently floated the widely debunked idea of disinfectant injections as a COVID-19 treatment.

Fauci's likeness has been printed on T-shirts, donuts and prayer candles — with plans in the works to turn him into a bobblehead. New York Times journalist Erin McCann wrote on Twitter that at least one bar had his picture propped in the takeout window.

Fauci fan clubs have also popped up on Twitter, Facebook and Instagram, garnering tens of thousands of followers. An online petition to crown Fauci People magazine's "Sexiest Man Alive" has garnered over 25,000 signatures.

The "Sexiest Man Alive" title is not as far-fetched as it may sound. Actor Brad Pitt recently portrayed Fauci on an episode of the late-night comedy show Saturday Night Live, after Fauci jokingly suggested the actor should play him.

Even local and state health leaders have become minor celebrities amid the pandemic. Dr. Amy Acton, the head of Ohio's state health department, has become one of the most recognizable of such figures. She has also been honored with a bobblehead. Ohio was one of the first US states to shut schools and enact strict stay-at-home measures, with Acton calmly urging the public to take the pandemic seriously from the beginning.

In Sweden, some are taking their adoration a step further. One man had the face of the country's chief epidemiologist, Anders Tegnell, tattooed on his arm.

Tegnell has been behind Sweden's controversial approach to the outbreak, which has relied on voluntary social distancing measures and good hygiene in lieu of closing restaurants and schools. The measures have drawn serious criticism from Sweden's neighbors and scientific experts alike, but opinion polls show a majority of Swedes have a high level of confidence in the country's Public Health Agency. 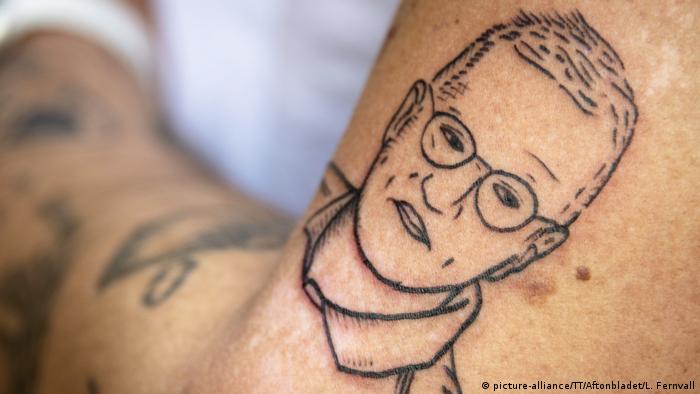 Anders Tegnell, Sweden's chief epidemiologist, has become popular for his approach to the outbreak

Virologists, epidemiologists and public health experts now take center stage in press briefings alongside world leaders, with journalists and audiences hanging on their answers like never before.

As governments weigh the next steps on when and how to lift lockdown measures, the role scientific experts play in political decision-making has also come under scrutiny.

Read more: Why the world is looking to Angela Merkel

Streeck has also been advising Armin Laschet, the premier of Germany's most populous state North Rhine-Westphalia, where the former virus hot spot of Heinsberg is located. 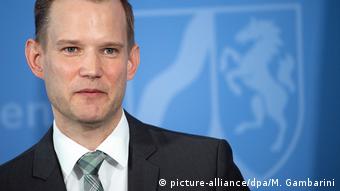 Streeck, 'the heartthrob among virologists' according to 'Bild'

Laschet has been pushing for lockdown measures to be loosened more quickly, recently saying in a Deutschlandfunk radio interview: "Virologists can't tell me what [decisions] I should make."

In recent weeks, German media has been flooded with articles on whether virologists "have too much influence" over the measures — a notion strongly rejected by the scientists themselves.

"Politics makes the decisions, not science," Drosten said in a podcast in late March. The role of scientists is to generate data and attempt to explain what is going on, he said.

'I get death threats'

As countries around the world begin to flatten the curve, and with the public and businesses itching to return to a semblance of pre-pandemic life, scientific experts advising caution have become targets for frustration — and even hate.

In early April, US media reported that Fauci's security detail had been increased due to growing threats against the medical expert, with police reportedly stationed around the clock outside his home.

Drosten revealed in an interview with British newspaper The Guardian that he has also received death threats. The revelation sparked headlines across Germany, prompting political leaders like Bavaria State Premier Markus Söder to jump to the defense of virologists. In his interview with The Guardian,Drosten said many view him as "the evil guy who is crippling the economy."

"I get death threats, which I pass on to the police," he told the newspaper. A spokesperson for the Berlin police declined to comment to DW on the threats.

In an episode of his podcast in early April, the virologist said he received an email holding him personally responsible for the death of Thomas Schäfer, the finance minister for the state of Hesse. Schäfer died in a suspected suicide at the end of March, with officials at the time saying he was worried about managing the COVID-19 pandemic.

When asked on his podcast this week about why he continues to work so publicly despite the potential threats to his personal safety, Drosten made clear that he strongly believes in the progress Germany has made and is committed to helping maintain the country's early wins.

"People are asking how the Germans managed this. There are two components: the early and broad availability of diagnostic tests and the belief in science — in politics as well as in the general public," Drosten explained.

"I don't see why we should throw that overboard now," he said. "That's the reason why am continuing."

Though early warning resources are in place they have not yet worked in real time, a German military think tank has claimed. The US was cited as a prime example of political failures to implement existing systems. (29.04.2020)