In some parts of the US and Europe, immunity certificates based on COVID-19 antibody tests have been touted as a way to end lockdowns and get people back to work. But experts warn governments may be acting too soon. 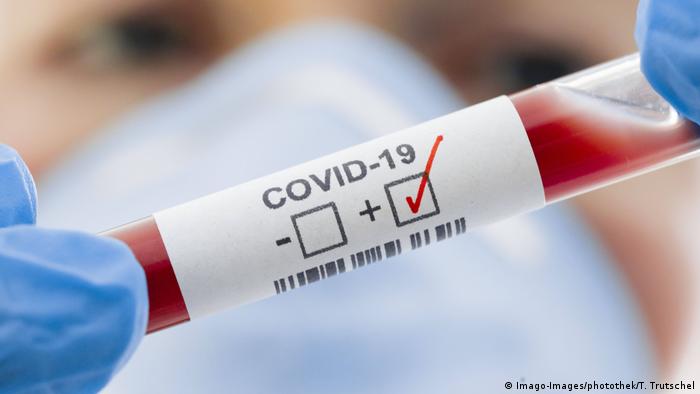 Countries around the world are clamoring for an exit strategy as economies lag and unemployment skyrockets amid their COVID-19 lockdowns. Indeed, Austria has already begun to relax some restrictions, and German Chancellor Angela Merkel is expected to announce on Wednesday that some shops and schools may reopen under strict conditions.

Even in hard-hit Spain and Italy, where infection and death rates are only slowly declining, governments are planning how quickly they can relieve their millions of citizens bearing the financial and psychological burdens of over a month of social distancing.

One mechanism for a return to normality that has been floated in Italy, Germany, and the US, is to issue so-called "immunity certificates" to individuals who have recovered from the novel coronavirus, using antibody tests that have only been in development in Italy and China for a matter of weeks. This would allow "healthy" people to return to work and move about freely.

The idea has been particularly popular in Italy, where it has already been put into use in some areas in the north. The village of Vo', in the Veneto region, has served as inspiration for some; testing of every single townsperson kept the pandemic completely under control. The president of the devastated region, Luca Zaia, is a major proponent of a certificate scheme, as is the leader of another virus epicenter: New York State Governor Andrew Cuomo.

However, these plans are both scientifically and ethically controversial, and experts have warned that immunity certificates could be a sign of leaders ready to jump the gun on ending lockdowns.

Dr. Martin Schnell, a professor of social philosophy and ethics in healthcare at Germany's University of Witten/Herdecke, cautioned that such proposals were "a sign of an insecure society."

Schnell said that the impulse behind the idea was understandable: "Imagine you are sitting in traffic, you will feel very differently if you know that it will end in 20 minutes versus when you know nothing ... we want to know what we are doing something for, and when it will end. Right now we don't know either."

He was further skeptical of the feasibility of using immunity certificates in smaller towns, where everyone knows one another. The risk of creating resentment by essentially splitting society into two groups, where one is allowed to go about their normal lives and the other is not, would be extremely "detrimental to the community solidarity," that is holding society together at the moment.

"On the other hand, you can't make unequal things equal," and immunity certificates could, in theory, be a "just" way of moving forward.

But Schnell highlighted one large caveat: The plan "can only be considered ethical if you keep all the other social distancing measures in place, such as standing 1.5 meters apart or wearing masks, to protect both the healthy and the vulnerable." This could be extremely difficult to do in certain scenarios, such as in public transport many people use to get to work. 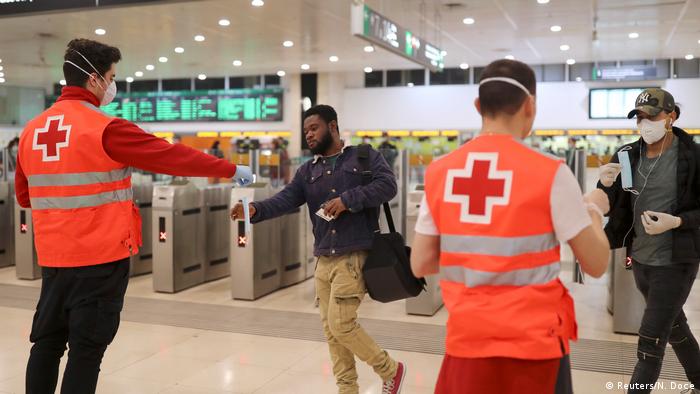 In Barcelona, Red Cross workers hand out masks to public transport users. Social distancing can be hard in enclosed spaces, like subway cars.

Schnell called into question the wisdom of plans of countries like Austria and Germany to reopen so quickly. While there is a need to know when the traffic jam will end, it would be more responsible to provide a normative plan based on certain milestones, he explained. One example is waiting until the R0 infection rate drops below 1, meaning each individual infects fewer than one other individual. Such a plan contrasts with the calls for a calendar date based on a rash desire to restart distressed economies.

If governments roll back restrictions, added Schnell, only to have to re-implement them again in a few weeks or a month due to a second outbreak, this could risk "a crisis of democracy."

"Political leaders need to offer a plausible scenario for a loosening of restrictions," rather than a timely one, "or risk losing all their credibility," Schnell said.

Indeed, China has just recorded its biggest increase in new infections in six weeks. Despite having initially quelled the first major wave of the pandemic, citizens returning from abroad have brought cases back with them.

This points to the potentially premature nature of many proposals on how to reopen society, including antibody tests and immunity certificates.

Antibodies: Too many unknowns

Additionally, although successful antibody tests have been developed in Italy, Germany, and China, the consensus in the scientific community is that as of yet, there are still many unknowns as to how the body recovers from a COVID-19 infection. There have been reports in China, Japan, and Italy of patients who had overcome the virus and then become re-infected.

Furthermore, studies in China and Italy have shown that different patients exhibit different levels of antibodies to fight the virus, with some having none at all, and that many people may take far longer to recuperate than the conventional two weeks.

Experts have also told trade publication The Scientist that there are major problems with a great deal of the heaps of COVID-19 related studies now pouring into medical journals for pre-publication, and only so many virologists are available to conduct peer reviews. With so much demand to make breakthroughs, papers are being reported as medical fact when they have not even been peer reviewed or selected for publication yet.

Among the many things scientists are not yet sure of is how long immunity lasts and whether some recovered individuals have a high enough level of antibodies to fight this coronavirus a second time, making antibody tests and immunity certificates implausible as exit strategies.

Coronavirus: What is the Academy of Sciences Leopoldina that advises the German government?

In the coronavirus pandemic, politicians have to listen to scientists to make decisions on what measures to take. In Germany, the Leopoldina plays a special role. What exactly is the Academy of Sciences? (14.04.2020)

India's prime minister has extended the world's largest coronavirus lockdown, as the country hurries to curb the epidemic. Follow DW for the latest updates. (14.04.2020)