Austria will begin lifting its coronavirus restrictions on Tuesday. When Chancellor Sebastian Kurz announced the plan it caused a great deal of excitement — but this is the first step in a long process, experts say. 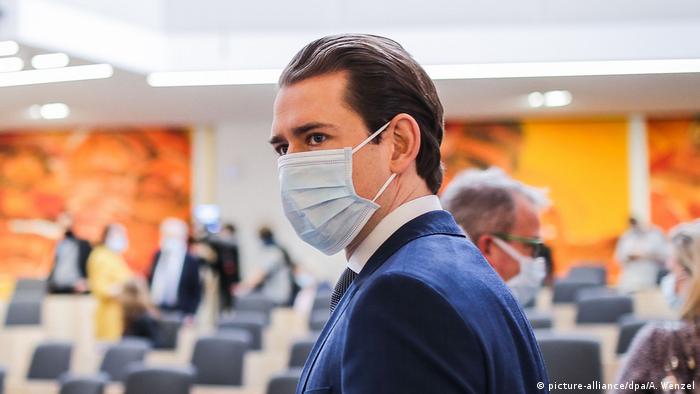 Austria came to a standstill when it introduced lockdown measures on March 16. The country closed everything except supermarkets and medical facilities. Thomas Kaschowitz’s men’s fashion store in the center of Vienna has been firmly shut for four weeks, which has cost him some €50,000 ($54,724) in turnover.

But last week Austria became the first European country to announce it would begin lifting its lockdown measures. Kaschowitz's store is one of the ‘non-essential' businesses that will be allowed to reopen after the Easter weekend. The move was hailed  by the media as a sign that the continent was beginning to beat the coronavirus, but Kaschowitz remains skeptical about its effect.

"Of course I'm happy I'm allowed to reopen," he says, "But I don't think the mood in the population is that everything is fine, because the virus is still there. There will be a more positive atmosphere, but the situation itself needs to improve." 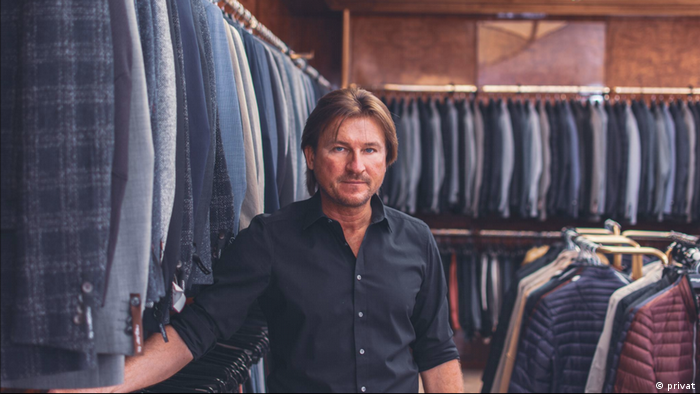 Thomas Kaschowitz can reopen his store Tom's Männermoden on Tuesday

The country is set to loosen its restrictions piecemeal. From Tuesday, non-essential stores under 400 square meters (4,300 square feet) — about the size of one-and-a-half tennis courts — will be allowed to open their doors. So too will hardware stores and garden centers. On May 1 shops, shopping malls and hairdressers will follow suit.

However, restaurants and hotels will have to wait until mid-May to reopen at the earliest and no public events can be held until at least late June. Other public health measures, such as requiring people to wear face masks in supermarkets and pharmacies, will remain in place. The face mask rule has also been extended to other shops and public transport.

Austrians must stick to other rules

Requiring people to wear personal protection is how Austria hopes to stop the virus spreading despite relaxing the lockdown. But the stakes are high. If people don't stick to preventative measures the move might backfire, and public health officials are at pains to drive home that message. "It's not, 'hooray, it's over, and now we carry on as if the whole thing is finished'," says Professor Hans-Peter Hutter, deputy head of the Center for Public Health at the Medical University of Vienna. 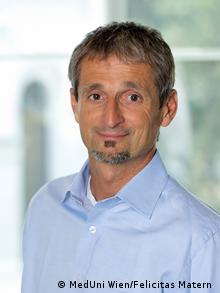 "It has to be very clear that regaining certain freedoms comes with us having to do certain things, and that we don't lose sight of the fact that it's about containment of a sadly difficult situation," he continued.

Wearing masks should stop people from easily passing on the disease to others. Officials also want people to remember other pieces of advice, such as regular hand washing and social distancing. "It's possible that if people don't keep up these measures," Hutter added, "we will be left at the same point we were four weeks ago, and the whole problem will start all over again."

Hoping to stay ahead

Officials believe the speed at which Austria announced its coronavirus response and its well-equipped healthcare system have been crucial in helping the country reduce infection rates.

With the new announcement, the government is now hoping to get ahead of the economic consequences of the pandemic before they grow more dire. As in many other countries, the coronavirus lockdown in Austria has seen workers laid off and furloughed and businesses shut down. Austria's employment agency announced at the beginning of April that 504,000 people were registered unemployed. That number jumped by 200,000 alone between March 15 and March 31, the first two weeks of Austria’s lockdown.

The restart won't be easy, says Assistant Professor Birgit Meyer of the Vienna University of Economics and Business. 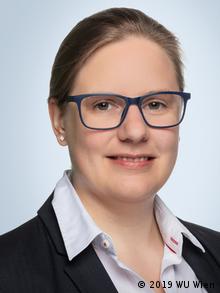 "Every area of the economy has been directly or indirectly affected," she explains. "This is just a drop in the ocean to begin with. But it means you can plan with more certainty. It is extremely important for companies and independent retailers to have such a perspective."

Other governments will be looking to Austria to see if it can successfully balance rebuilding its economy with keeping the population safe. It is under pressure to set a good example.

"There are still restrictions for many businesses. Further, many are dependent on different supply chains and demand from abroad," says Professor Meyer. "If other countries don't follow Austria and slowly begin to open their economies, it will take even longer for the Austrian economy to return to its full potential."

Getting back to business

There's still a long way to go before the country can say with certainty that it is beating the virus, but businesses and workers can at least begin to plan a way forward. "I'm not going to immediately make up the money," admits Kaschowitz, "but I've had lots of calls and requests from customers, so there is some backlog."

Along with many others, he's praying that after the Easter weekend, Austria's measures continue to work. Nobody wants to have to shut their doors all over again.