Coronavirus coverup: Did Austrian politics and industry collude? | Europe | News and current affairs from around the continent | DW | 08.04.2020 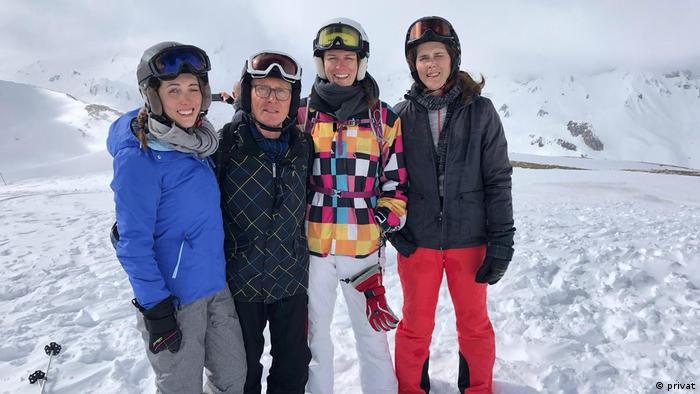 Early March in the Tyrolean alps was mild and sunny, with plenty of snow. Tourists from all over Europe — Germany, Iceland, Norway, Sweden, the UK and the Netherlands — had flocked to the mountains to enjoy the slopes and apres-ski. Business was booming, up 11% from the previous year, as tourism operators enticed holiday-makers fearful of northern Italy's COVID-19 crisis to the region.

Oblivious to the impending danger, Martina Büchling set off from Germany and arrived in the ski resort of Ischgl on March 8, with her husband and two grown-up daughters.

A fortnight earlier, the Hotel Europa in Innsbruck had been temporarily closed when an Italian receptionist tested positive to coronavirus. The case was described as a "one-off" however, and there had been no talk of the virus since. Büchling, 51, says they knew nothing about COVID-19 in the Paznauntal area. "We wouldn't have gone if we had," she says.

Details of the alleged coverup are still emerging, but what is certain is that already in January and February, reports of coronavirus cases originating in Tyrol had been appearing in British and other European media. On March 1, authorities in Iceland posted a warning on the European Commission's "Early warning sytem for infectious diseases" website page, after 15 Icelandic visitors to Ischgl were confirmed to be infected with the coronavirus.

Four days later, the government in Reykjavik declared Ischgl a "risk area." Innsbruck responded by suggesting the tourists must have contracted the disease on their way home. Then, when a bartender at the resort's popular "Kitzloch" aprés-ski bar tested positive for the disease, local medical authorities claimed that "becoming infected in a bar is unlikely from a medical point of view." 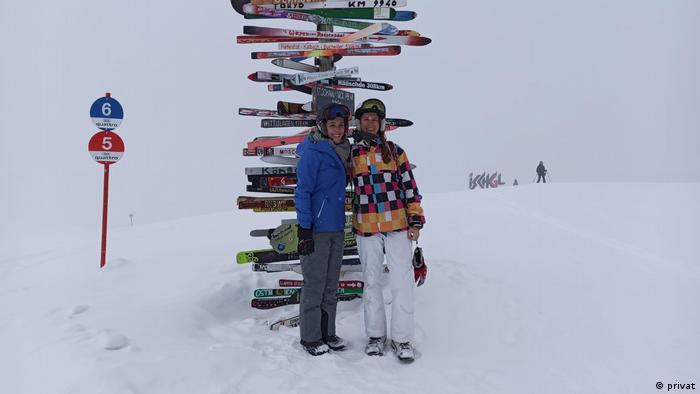 Martina Büchling (right) is one of 4,000 plaintiffs to join the class action lawsuit against authorities in Tyrol

Three days after the bartender's diagnosis, Büchling shared a gondola with a young woman who complained the "Kitzloch" had been closed. Returning to her hotel, Büchling was surprised to find the town's bars had shut, but caterers were still working from the street in front of the restaurants. She began to wonder why a sign at the cable car asked people to maintain distance from each other, although no one was enforcing the request. Finally, on the evening of March 13, the Büchling family's hotelier abruptly threw them out.

Along with thousands of other stunned tourists suddenly evicted from their accommodation, the Büchlings fled, driving through the night, back to their home near Frankfurt.

Two days later, the fever began. Martina became seriously ill, with a dry cough, aching muscles and a sensation of "glass splinters in her lungs”. Her sense of taste and smell completely disappeared. It was "two weeks of hell," she says. That "panicky fear of dying" has faded at last and she is on the road to recovery. But she is angry.

Büchling is one of 4,000 visitors to Tyrol to join the Austrian Consumer Protection Association's (VSV) class action lawsuit. She's convinced authorities knew about the risks, long before the the facts became public.

VSV chairman, Peter Kolba, last week submitted a statement to the Austrian public prosecutor's office, accusing officials of "deliberate and/or negligent handling of the situation regarding a highly contagious disease." Two ski tourists have died since returning from Paznauntal.

Kolba says delays in ending the ski season prematurely in order to curb the spread of coronavirus were both financially and politically motivated.

"For commercial reasons, people were warned too late, and now we see the consequences. You can imagine what the daily income would be in these resorts, and why operators would say 'Let's keep it going for just a couple more days.'" 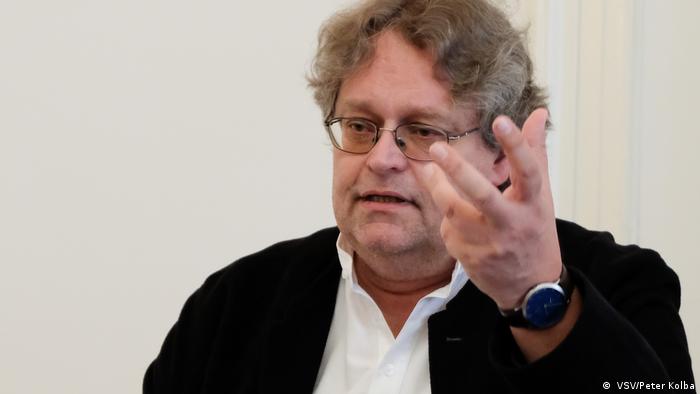 Tourism is Tyrol's major income generator, providing over one quarter of jobs in the province. Kolba points to the close connections between the tourism industry — in particular the powerful lift and cable car operator's lobby — and the conservative ÖVP (Austrian People's Party), which holds the majority, together with the Greens, in both the Tyrolean state and federal governments.

One week before the Hotel Europa's receptionist in Innsbruck tested positive, Austrian Chancellor and ÖVP head Sebastian Kurz met privately with members of the so-called Eagle Group in that same hotel. Comprising 40 representatives of Tyrol's biggest businesses, including lift operators, hoteliers and construction company owners, the group has donated a total of around €1 million ($1.08 million) to the ÖVP.

Soon after this meeting, the Austrian Federal Economic Chamber (WKÖ) was gearing up for its local elections on March 4 and 5. The leading candidate and eventual winner, ÖVP member Franz Hörl, is both a cable car lobbyist and chairman of the Wirtschaftsbund (Business Association) — the ÖVP's group within the WKÖ. The Wirtschaftsbund receives around €13 million annually in membership fees from tourist service providers. 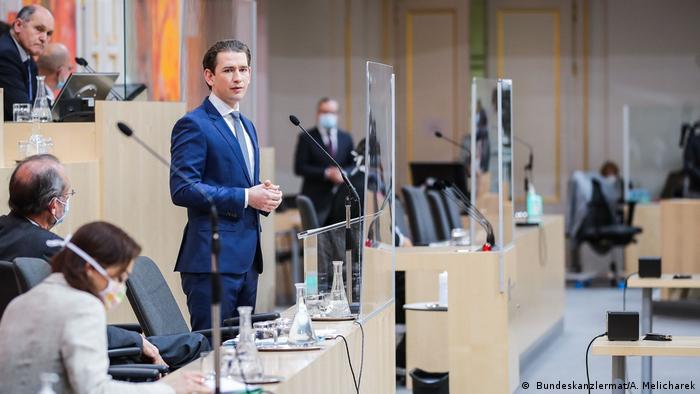 Approximately one third of Hörl's voters are involved in tourism. A now public SMS exchange between Hörl and the Kitzloch bar owner on March 9 reveals Hörl pleading for the bar to be closed, so as "not to risk an early end to the ski season," a situation which would spell serious financial loss for his support base.

Even as numbers of coronavirus infections in Tyrol began to rise, the head of the provincial health department, Bernhard Tilg (ÖVP), declared in a television interview on the national broadcaster, ORF, that authorities had "done everything right."

The state governor of Tyrol, Günther Platter, told DW that the world is dealing with an "exceptional situation," which "just a few weeks ago was unimaginable." He conceded however that "with what we know today, the authorities would have made different decisions." When asked if the WKÖ elections had influenced decisions relating to bar closures or ending the ski season, Platter "completely ruled that out."

VSV chairman Kolba believes neither the Tyrolean authorities nor public prosecutor's office will carry out serious investigations into the Ischgl and Paznauntal affair, and is pushing for the Federal Economic and Anti-Corruption Office to take up the case.

And Martina Büchling? She is doing her best to remember the positives of her family holiday. "We had a nice time together. And at least I did not infect anyone else."