Coronavirus: What is the Academy of Sciences Leopoldina that advises the German government? | News | DW | 14.04.2020

Coronavirus: What is the Academy of Sciences Leopoldina that advises the German government?

In the coronavirus pandemic, politicians have to listen to scientists to make decisions on what measures to take. In Germany, the Leopoldina plays a special role. What exactly is the Academy of Sciences? 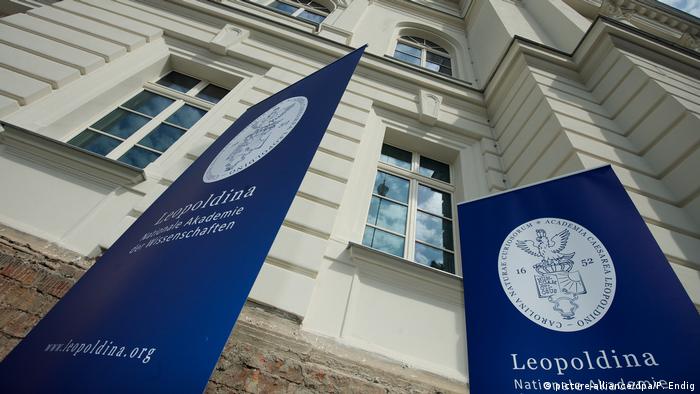 The Academy of Sciences Leopoldina originated in 1652 and is the oldest continuously-operating scientific academy in the world. It was named for Holy Roman Emperor Leopold I, who gave it "academy" status in 1687.

According to their mission statement, the academy "was invested with two major objectives: representing the German scientific community internationally and providing policymakers and the public with science-based advice."

In recent years some of this advice has informed Germany's climate change policy.

Who does the Leopoldina advise?

The academy advises the chancellor and her government directly, as well as the premiers of the 16 German states.

The Leopoldina is based in the city of Halle and gets 80% of its funding from the federal government and 20% from the state of Saxony Anhalt.

The Leopoldina stresses the international nature of its work in its mission statement. Around 25% of its members come from outside Germany, Austria and Switzerland. The academy was renamed as a national institute, the "German Academy of Sciences" in 2008 and works closely with the equivalent bodies in different countries, such as the Royal Society in the UK and the National Society of Sciences in the USA.

This means research carried out by the Leopoldina can inform scientific policy not only in Germany but around the world.

What is the Leopoldina's role in the coronavirus pandemic?

Research carried out by the Leopoldina has helped build Germany's reaction to the crisis since before the first cases were reported in the country.

Advice given to the government led to the lockdowns and restrictions on public life put in place across Germany in March to slow the spread of COVID-19. The recommendation to focus on testing capacity has seen Germany test over 1.5 million people by April 12.

However, some of the recommendations made by them have been ignored or not made mandatory by German authorities. As early as mid-March, the Leopoldina was pressing for "general use of mouth and nose protection." While the wearing of masks in public spaces has since become law in Austria, Germany has not followed suit yet.

How will the Leopoldina shape restrictions going forward?

The Leopoldina recommended a relaxation of lockdown measures on April 13.

"We have to protect the health and the lives of people in Germany," the academy's Claudia Wiesemann told DW. "But we have to see that our dignified existence in a social, cultural and also economic way is at stake."

"The latest paper concerns the social, legal, pedagogical and economic aspects of the pandemic," the academy wrote on Twitter.

Duly, the academy has recommended the gradual reopening of some schools and restaurants. Chancellor Angela Merkel will decide on April 15 how Germany will proceed with restrictions after they run out on April 19.