Coronavirus and Germany: Why the world is looking to Angela Merkel | Germany| News and in-depth reporting from Berlin and beyond | DW | 25.04.2020

Coronavirus and Germany: Why the world is looking to Angela Merkel 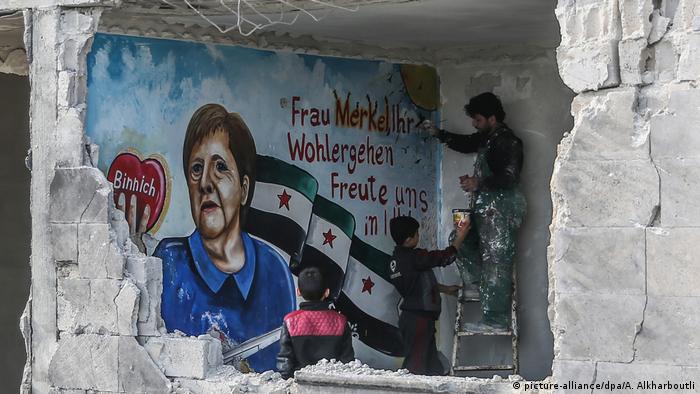 "Lame duck" is the usual term given to politicians who don't want to or can't run for office again. With their political shelf life suddenly measurable, such figures are condemned to being considered weakened and less effective.

Political observers have sorted Chancellor Angela Merkel into the lame-duck drawer many times in the last few years: after the poor showing of her Christian Democratic Union (CDU) in the 2017 federal elections, then when she resigned as party leader in 2018, and then again during the various attempts by her former rival Friedrich Merz to take over as political leader in 2018 and 2020. Two years ago, even "Merkelites" in her parliamentary group were expecting a withdrawal sometime in 2019. But no, she's still there, like an old VW Beetle: reliable, unadorned, a little awkward.

Tributes from across the globe

Amidst the coronavirus crisis, Merkel is having a day in the sun of the kind she has not had for many years — both nationally and, even more so, internationally. "The media here looks at Merkel as one of the world's strongest leaders," Amichai Stein, diplomatic correspondent for Israeli public TV station Kan, told DW. "Merkel gets attention as a leader who can make people understand the situation and explain it clearly to people."

This assessment coincides with op-eds, political appraisals and social-media posts the world over. In March, the New Zealand Herald published an articleheadlined, "Germany's leader shines in crisis even as power wanes." Earlier this week, a comment in Clarin, Argentina's most widely read daily, became a hymn of praise to the chancellor.

Commentator Ricardo Roa wrote of the "65-year-old doctor of physics, daughter of a Lutheran pastor and a Latin teacher," who, even after 15 years at the top of power, behaves "like a normal person." In the coronavirus crisis, Merkel is "one of the very few" politicians worldwide who do not protect themselves but "lead."

The commentator even went on to coin a word in Spanish, "Merkelina," to describe the "sobriety and determination" of her political leadership "by trying to solve problems and not trying to derive political benefit from those problems." 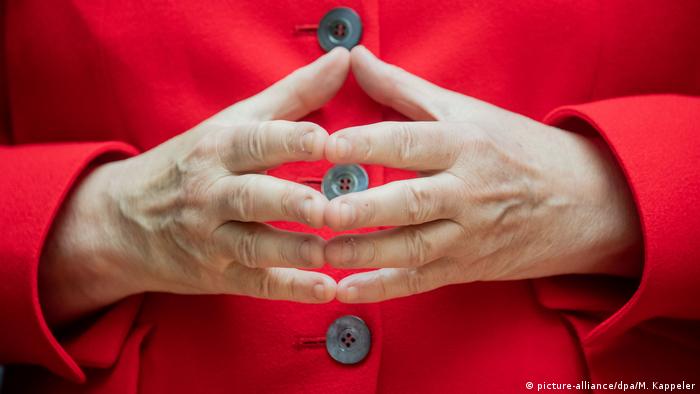 This is praise that many in Germany are tired of after 15 years of Merkel's chancellorship, because it emphasizes less her political struggles than her crisis leadership. But it is also praise that shows up the fact that this kind of leadership is now scarce internationally.

Similar voices can be heard in the US. Anyone who has read current issues of The Atlantic, Forbes and The New York Times will find praise for Merkel wrapped up with criticism of Trump. "For weeks now, Germany's leader has deployed her characteristic rationality, coupled with an uncharacteristic sentimentality, to guide the country through what has thus far been a relatively successful battle against COVID-19," The Atlantic wrote.

And there are similar reports from London, where one reporter noted that at almost every government press conference, journalists ask why Downing Street is not following Germany's example.

In Germany, the latest polls show Merkel's handling of the pandemic has helped her achieve the highest approval ratings since 2017, which goes with her strong media presence as a crisis manager on German TV screens.

Praise from right and left

What is behind this almost global respect? Andreas Nick, a CDU Bundestag member and vice president of the Parliamentary Assembly of the Council of Europe in Strasbourg, says that "international observers and colleagues from other parliaments see the special nature of Angela Merkel's decision-making and leadership style with much more clarity" than many in Germany after 15 years, he told DW.

Nick sums up what counts: "Merkel's approach is as pragmatic as it is goal-oriented, always analytically scrutinizing and carefully weighing up, soberly Protestant and refreshingly unpretentious." In addition, he says, she is a trained scientist with life experience in the "downfall of an all too self-confident ideological system," and last but not least a woman.

Of course, Nick is a CDU politician, a representative of Merkel's. What else would he say? But respect for the chancellor also comes from the other end of the political spectrum. Bodo Ramelow, a prominent figure in the socialist Left party, has in the last few weeks been on several calls with Merkel in his capacity as state premier of Thuringia. He told DW that he found the chancellor's actions "pleasantly calm and goal-oriented, which is particularly evident in the well-structured video and telephone conferences." This, he said, brings a certain calmness to the complex discussions.

Nonetheless, Merkel has recently been criticizing the way the states are loosening lockdowns. "I take it to heart, because in these times we really need joint action," said Ramelow. He said that since politics must be concerned with containing the danger and finding concrete solutions to help people, he preferred to have as first woman in the state "a quiet scientist" rather than "pompous men who, as populists, dangerously ignore the facts of the danger." 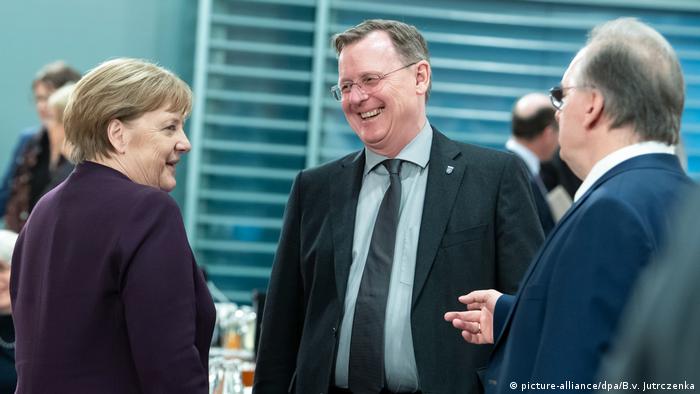 Merkel without a mask

Throughout the crisis, Merkel has never appeared in public wearing a protective mask. She is simply Merkel, though perhaps she has never been as much of a scientist as she is now, as shown by her references to assessments, to evidence and conjecture, and her calmly analytical look ahead. These are things that often annoy Germans or make them fall asleep.

In a world without COVID-19, the next leader of Merkel's CDU would have been elected this Saturday, after her immediate successor, Annegret Kramp-Karrenbauer, announced she was stepping down. And once again commentators would have outdone themselves counting down the chancellor's days.

Now, the new leader of the CDU probably won't be chosen until December. But before then, on July 1, Merkel will take over her next office, now an especially difficult one: the six-month presidency of the Council of the European Union.

A year ago, quite a few CDU politicians speculated whether Merkel would be replaced before this post came around, or whether she would be pushed aside. Now, some and others will have no objection to her taking it.

For all the current euphoria, many are already looking to what happens next. In fact, in the last edition of the British Sunday Times, Germany's coronavirus story was no longer a Merkel story at all: The photo showed Merkel alongside Bavarian State Premier Markus Söder, and the headline read "'Corona Kaiser' surges ahead in race to succeed Angela Merkel."

And Amichai Stein in Tel Aviv also ponders the "after" question when he speaks of Merkel's gift as a leader and her worldwide reputation: "The other reason for this international attention is that it is not yet known who will replace her ..." he concludes.

But the question will remain open for some time.