Heinsberg is one of the worst-hit cities in Germany, and the three local hospitals were quickly overwhelmed. However, they were able to get a grip and are now coping much better. 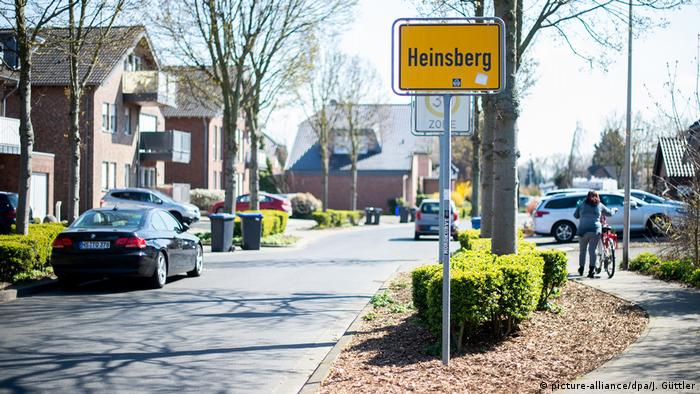 Medical staff at City Hospital in Heinsberg, a city of 250,000 people in western Germany, saw their first COVID-19 patients at the end of February. According to the management, 17 died. There have been a total of 58 fatalities in the city overall.

Aiko Liedmann is a senior physician in the intensive care unit at City Hospital, one of three major medical centers in Heinsberg. For three weeks, he and his colleagues have been working to capacity" treating people for COVID-19," he told DW.

With so much experience, his team has become more confident when it comes to treating patients. "I have the impression that it's easier to care for them now," he said: Many of the cases unfold in a similar way. He said medical staff was now "well-equipped and -prepared" and that there have not been "any fatalities for a while."

A disaster
Heinsberg, which lies between Aachen and Düsseldorf was Germany's epicenter for the novel coronavirus. Stephan Pusch, the regional administrator responsible for Heinsberg, told DW that the outbreak in the city was a disaster: the worst-case scenario. Authorities were in shock.

Liedmann said there were mornings at the beginning when he didn't know whether there would be enough personal protective equipment (PPE) to last the day. Now, doctors and nurses who contracted the virus are coming back to work.

Fortunately, Liedmann said, all of them only had mild cases of COVID-19. But he is also very aware that the current situation is "fragile" and concerned about the future. As state authorities across Germany lift some of the restrictions put in place to prevent the spread of the virus, Liedmann is "a bit worried."

Liedmann said Heinsberg's reputation as Germany's coronavirus epicenter meant that many people with other illnesses steered clear of the city's hospitals for fear of contracting COVID-19. This fear has subsided, as has the prejudice.

The doctor said he was very upset at the beginning when politicians made insensitive comments. He also remembers that it was difficult to transfer patients when the hospital was overburdened. Colleagues in neighboring communities told him: "We're not taking any coronavirus patients from you. We don't want to be contaminated."

As time went on, he said, regional doctors changed their attitude and started observing how he and his team were dealing with the outbreak. "Now they say: 'We can learn a lot from you,'" he said.

Liedmann is proud of the work he and his colleagues put in and also appreciates the fact that people across Germany have recognized the importance of medical work. But he refuses the label of "hero."

"We're doing our job and we're doing it as best we can."