Two against the EU: Hungary PM Viktor Orban visits Poland | Europe | News and current affairs from around the continent | DW | 21.09.2017

Poland and Hungary are fighting against refugee redistribution, despite a clear ruling from the EU's highest court. Poland's right-wing government has copied many of its recent anti-democratic measures from Hungary. 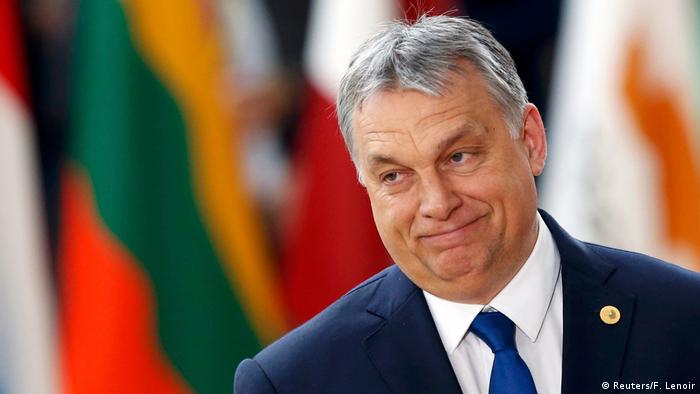 Hungarian Prime Minister Viktor Orban is slated to visit Warsaw on Friday. Officially, he is returning Polish counterpart Beata Szydlo's state visit to Budapest in February 2015, but the two government leaders have already met several times since then. The Polish and Hungarian governments are now coordinating their European policies.

The meeting on Friday is about the "pressure of the European Commission on our two countries," according to a brief statement issued by Szydlo's office. Orban and Szydlo will meet again before the upcoming elections in Germany, as both countries expect that Angela Merkel will remain chancellor. The two leaders have tirelessly criticized the alleged German hegemony in the EU and Berlin's role in the refugee crisis.

To both parties, the most important point in the debate with Brussels is the fair redistribution of refugees to all EU member states. At the beginning of September, Hungary and Slovakia lost a lawsuit the two countries had filed - which Poland later joined - at the European Court of Justice (ECJ) against the EU's redistribution quotas. EU Commissioner for Migration and Home Affairs Dimitris Avramopoulos had threatened Budapest and Warsaw, both of which have not yet received any refugees from the camps in Greece and Italy, with infringement proceedings if they did not change their stance in the coming weeks. Apparently both countries prefer to accept a fine than to comply with the ECJ ruling. 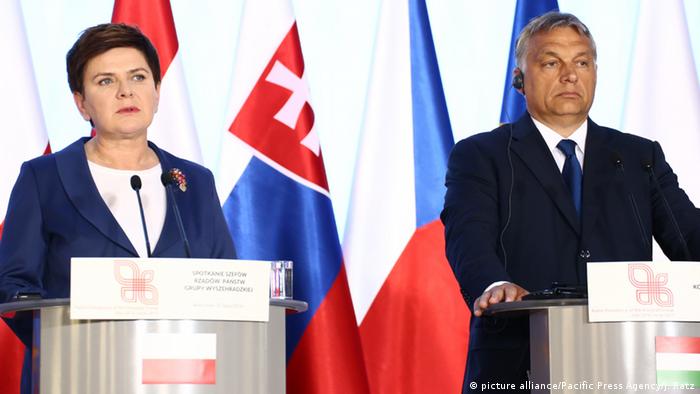 Orban has now announced that he will fight to change the refugee policy in Brussels and Poland supports him. Both countries constantly stress the need to better protect the EU's external borders and, above all, boost help on the ground. In the past few days, Warsaw has indeed promised to contribute 50 million euros ($60 million) this year to a special fund set up by the European Investment Bank (EBI) to alleviate humanitarian crises, especially in Syria. Hungary, on the other hand, is demanding reimbursement from the EU for the construction of its border fence.

In addition to refugee policy, Hungary and Poland share many other points of contention with the EU. Immediately after Orban's Fidesz party won power - like Poland's Law and Justice Party (PiS) - it began to impose restrictions on the country's constitutional court, the separation of powers, freedom of press and work carried out by nongovernmental organizations (NGOs). Brussels responded by taking legal action and initiating a dialogue mechanism, as provided for in the first-ever rule of law proceedings against Poland. Like Poland, Orban repeatedly uses the pretexts of the peoples' will and the fight for sovereignty to justify his government's measures. The Hungarian has been playing this game successfully for over seven years, and after almost two years, Poland is slowly becoming a seasoned player itself. 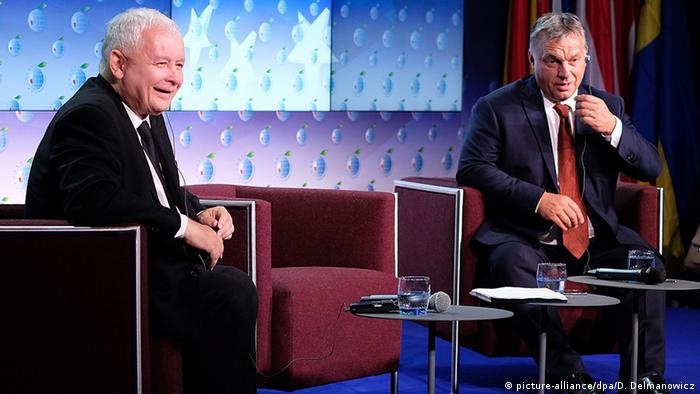 Promise to veto for the other

There have not yet been any substantial consequences for the actions of uncooperative EU states. In the event that Article 7 of the EU Treaty is applied - which could deprive individual EU member states of their membership rights - both Hungary and Poland have already promised to veto for each other. A serious decision of this scale requires the unanimous approval of all 28 EU member states. But it is unclear what happens if a country fails to pay the fines at the end of infringement proceedings.

Orban and Szydlo could choose this as an option when they meet, although they will probably not communicate this to the outside world. The big question in Warsaw is whether Orban will meet with Poland's PiS party leader, Jaroslaw Kaczynski, who actually does not hold a government office, but does dictate Szydlo's politics behind the scenes. Incidentally, the new relationship between Budapest and Warsaw began at a secret meeting of the two party leaders in January 2016 in the Polish village of Niedzica on the Slovakian border.