Poland's parliament has voted to set up a body that will oversee the distribution of funds to NGOs. The move is seen by critics as another example of the ruling party's attempts to dismantle democracy by a thousand cuts. 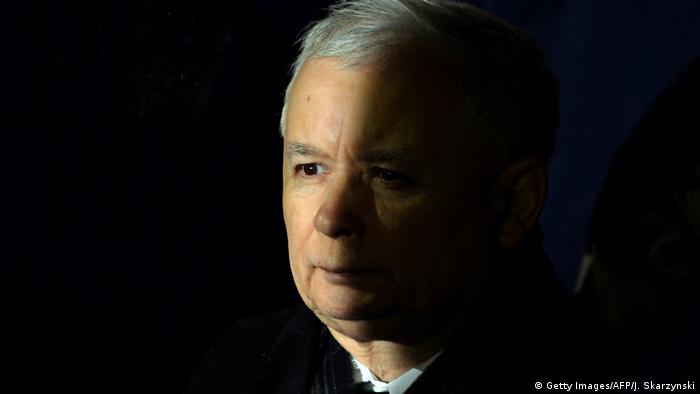 To take effect, the new law overseeing the distribution of funds to NGOs must be endorsed by the Senate and the president, both of which are expected to pass it.

A new body, the National Institute for Freedom - Civil Society Development Center, will be attached to the prime minister's office to oversee the allocation of NGO funding in Poland.

As reported in the Gazeta Wyborczanewspaper, the body will be supervised by another new body, the Public Affairs Committee, which will be made up of senior officials from several ministries. A minister acting as the committee's chairman will appoint the institute's director.

Culture Minister Piotr Glinski told reporters on Friday that the new organization "addresses the needs of NGOs, especially smaller, local NGOs, which have not received adequate support to date."

Opposition parties, meanwhile, have argued that the move is another example of the government's attempts to stifle democracy, and see it as a power grab by the ruling Law and Justice (PiS) party.

Since coming to power in late 2015, the government has implemented controversial judicial reforms, taken control of public media, pushed through a series of regressive social measures and run up against concerted opposition from the European Union.

PiS leader Jaroslaw Kaczynski (photo above) is the power-behind-the-scenes in Warsaw and has articulated a nationalist economic agenda, coupled with socially illiberal policies and quasi-redistributionist populism.

The EU and groups in Polish society have been fiercely critical, but to date have had no effect in changing the government's apparently autocratic impulses.

"Government surveillance of NGOs is nothing more than an attempt to liquidate them," said Krystian Jarubas, an MP from the centrist Polish People's Party (PSL).

The bill's measures "contradict norms that are clearly defined" by bodies like the Organization for Security and Cooperation in Europe (OSCE) and the Council of Europe, and fail to protect NGOs against "political pressure," Bodnar said.

The Helsinki Foundation also said the law "represented a step backward" for civil society and "created a systemic danger for the operation and independent development of NGOs in Poland."

In July, the EU launched legal action against Hungary over a crackdown on foreign-backed civil society groups, who will have to use the label "foreign-supported organization" on their websites, press releases and other publications.

Orban's government has said the measures are aimed at improving transparency as well as fighting money laundering and terrorism funding, but many see them as another attempt to consolidate power and further neuter opposition.

Poland's conservative Law and Justice Party (PiS) is whittling away at the country's democracy. Contrary to its claim, recent judiciary reforms are not about "returning the courts to the people," writes Bartosz Dudek. (19.07.2017)

Thousands of people have taken to the streets in the Polish capital to protest the ruling Law and Justice party. Critics fear the government is eroding the country's democracy. (06.05.2017)