The Polish government has slowly but surely been dismantling democracy in the country. Legal expert Anne Sanders tells DW that, with its latest law, the government has cast off the last pretense of democracy. 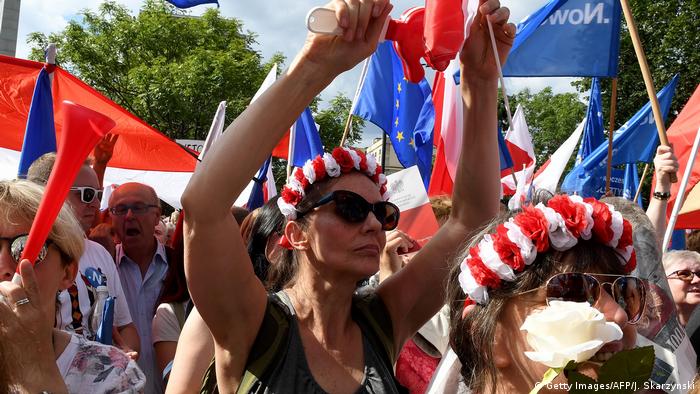 DW: As a legal scholar looking at Poland, would you still describe the country as a democracy?

Anne Sanders: What I can say with certainty is that it is not on a good path. Since the beginning of its mandate, the Polish government under the Law and Justice Party (PiS) has been chipping away at democratic state structures. But with this latest step, they’ve dropped any democratic pretense.

How exactly is democracy being undermined?

It started in 2015, when the PiS won the election, and started implementing measures against the constitutional court. The PiS was trying to ensure that only judges they approved of would be named to that court. But the party also reformed the procedural law of the constitutional court. The procedural law dictates the way the court works. Lots of small changes were implemented to make proceedings more difficult, something that, in practice, has meant that the court is not working as well as it once did.

Proceedings are now only supposed to be processed in the order in which they are filed. You might think that this would mean a more orderly process. But what it means is that urgent, critical cases have been languishing because the court is busy with older cases. Another example is the bigger quorums, meaning that the court can only make decisions with a very large majority. This also doesn't sound so bad at first. But if a majority of judges want to declare a government decision to be unconstitutional, then it only takes a few judges to be on the other side to make sure the court's hands are tied. 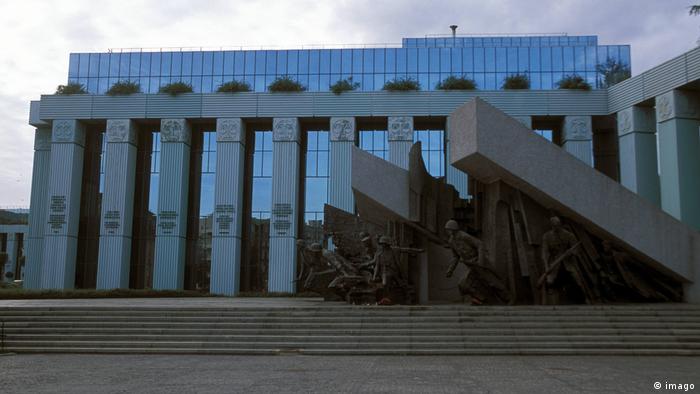 Changes are in store for Poland's highest court

The law that was passed a few days ago affects the National Justice Council, which names the country's Supreme Court justices. What is the PiS trying to accomplish here?

This council is protected by the Polish constitution and is meant to guarantee the independence of the judges. Previously, the council was a kind of self-administration association for judges; they could choose who would represent them on the council. Under the new law, parliament will be able to decide which judges will have a seat on the council. That means that, in future, the Justice Council will be full of judges that are sympathetic to the PiS. The party will be able to decide who can become a judge in Poland. And not just that; the law also makes it possible for the PiS to oust judges from the council.

PiS has argued that the process of naming judges has not been democratic. They say that as the democratically elected party, they should have a say in who the judges are. Is that a legitimate argument?

That's the same argument you hear all the time from PiS. The National Justice Council is something that's outlined in the Polish constitution and is tasked with protecting an independent judiciary. That means that it is possible for the court to go against a decision made by the parliamentary majority. The PiS is taking independence away from the judiciary and installing party loyalists who will follow the party line. That should not be permitted. A judge needs to have the freedom to make unpopular decisions.

The opposition fears that the PiS, once inside the National Justice Council, will put judges under pressure with threats of disciplinary action. Is that just paranoia, or a justified fear?

I don't think that's being paranoid. The PiS has started to take a tougher approach. In the beginning, it was just chipping away at democratic structures in small steps. Now, there is a new law that allows judges to be removed from office. That's why I think it's very likely that things will get worse. I can imagine that the party will want to influence ongoing proceedings. I was in Poland on May 20 at a meeting of Polish lawyers, and Polish judges told me privately that they fear the government may try to influence the electoral and party financing processes. 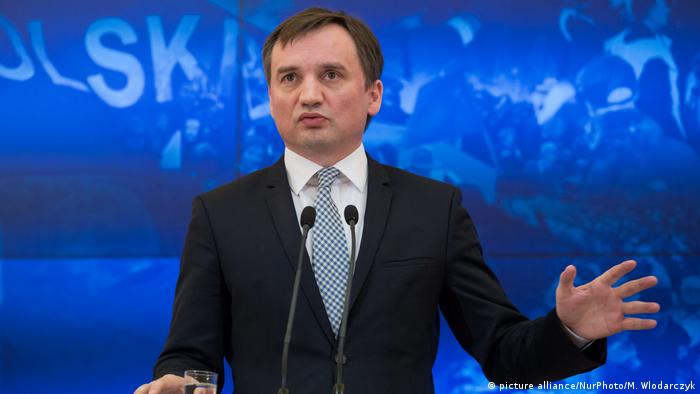 Are you saying that the Supreme Court, were it stacked with judges loyal to PiS, would try to influence the next parliamentary election in PiS' favor?

Like I said, that's what the Polish judges I spoke with think might happen. In the event of election irregularities that need to be investigated, I'm sure the PiS would be only too happy to deal with courts that are biased in its favor. That's just an assumption, but it makes it clear how important an independent judiciary is for the entire state apparatus.

Poland is a member of the EU. Can't the bloc do anything to stop this dismantling of democratic state structures in Poland?

Not much. There is what's known as Article 7, which allows the EU to impose sanctions on states accused of violating fundamental rights. Voting rights could be suspended, for example, but only if all EU member states agree that Poland is violating EU rules on democratic governance. If it came to this, Poland would most likely have the support of Hungary. And this is where it becomes clear that while the EU is based on grand ideas, we don't have that many tools at our disposal to when it comes to enforcing our fundamental values.

Anne Sanders is an associate professor at the University of Bonn's law school. She has worked as a researcher at the Federal Constitutional Court, and is often called on by the European Council as an expert on issues relating to judicial independence.