Poland′s government wants to control NGOs | Europe | News and current affairs from around the continent | DW | 01.12.2016

The national conservative government in Warsaw wants to decide in the future which NGOs will receive state funding. The outrage among activists has been immense. They feel their independence is under threat. Poland has been home to 100,000 NGOs since the end of communist rule in 1989. Today these organizations run 8 percent of the country's schools, 85 percent of homeless shelters and almost all athletic associations. Many serve as government watchdogs, demanding transparency and accountability from public authorities. Now the government and state media are pushing back. 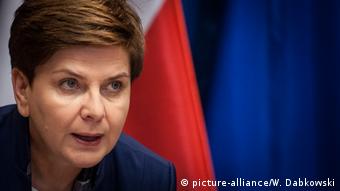 Szydlo wants to see "more transparency," telling the government-friendly weekly magazine, "Solidarnosc" (Solidarity), the "government is accused of not building civil society." She would spend billions of zloty, the Polish currency, annually for this purpose. The prime minister finds it regrettable that money often flows to foundations of "politicians from previous governments." Some 70 percent of funding goes to paying NGO employee salaries, according to the interior minister, though no concrete examples of abuse of public money were offered.

Government-friendly media have promoted the government's charges against NGOs. State broadcaster TVP recently focused on an NGO the prime minister would characterize as close to "politicians from previous governments." The organization, Mam Prawo Wiedziec (I have the right to know), was founded 11 years ago with the mission of making a more transparent civil society, with particular focus on Polish politics. Director Roza Rzeplinska is the daughter of Andrzej Rzeplinski, the chief judge of Poland's Constitutional Tribunal and one of the government's loudest critics in the ongoing constitutional crisis that has made the Tribunal a target of the right-wing government. The report also cited Zofia Komorowska, daughter of former President Bronislaw Komorowski, who is heavily involved in Poland's NGO scene. She has been presented as a problematic personality.

Poland's conservative government is marking its first year of power with self-praise. The voters are still on its side. The US President-elect Donald Trump, meanwhile, is viewed with both hope and fear in Warsaw. (16.11.2016)

Tens of thousands of teachers, pupils and parents have rallied in Warsaw against education reforms proposed by the right-wing government. Critics say thousands of jobs could be slashed. (19.11.2016)

The most powerful man in Poland

Jaroslaw Kaczynski pulls the political strings behind the scenes in Poland. How has a man who holds no formal office achieved such power? (25.10.2016)

Examples of concrete accusations are difficult to find, and the controversial television report was no different. Instead, a graphic was displayed showing the purported links between NGO leaders and former government officials, the unspoken message being that the NGO world is a closed-door club taking in a lot of public money.

Minister of culture causes a stir

Thousands of NGO activists have protested the state media defamation campaign. Among them was an unexpected ally: the minister of culture, responsible for state media. Piotr Glinski, who is also deputy prime minister, backed the NGOs and apologized to the two women denounced on "his" television. His controversial comments have been the source of headlines in Poland for days.

As a well-known sociology professor with years of political experience working with government, Glinski is a proven expert on the NGO scene, which adds weight to his words. He is one of the most loyal foot soldiers in the PiS, making his apology all the more surprising. State media hit back, investigating his wife's ties to NGOs and funding from her husband's ministry of culture. In response, Glinski denounced the reporting as an "unprofessional crusade" against NGOs, calling it a "classic example of manipulation and propaganda." State television called the ministry a "madhouse." 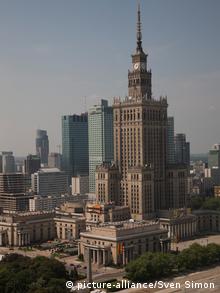 There are more than 100,000 NGOs in Poland - a few are politically active

The NGO activists do not view themselves as victims. The affair has provided Rzeplinska's NGO with more positive attention than ever before, she told DW. Overall, she still senses a threat, having filed three complaints of hate-motivated attacks since the television report. She also published her monthly salary of 900 euros in response to the claim that she has enriched herself on public money.

Rzeplinska is worried about public opinion turning against NGOs. "The objective of the campaign against NGOs is to make people uncertain - both activists and local officials who approve and oversee projects," she said.

The uncertainty is a danger for NGOs, said sociologist Jakub Wygnanski. "This sector survives on diversity and independence," he said.

A draft bill awaits a vote in parliament, and it is likely to be passed into law due to the PiS majority. This would bring NGOs further under government control as soon as early 2017.